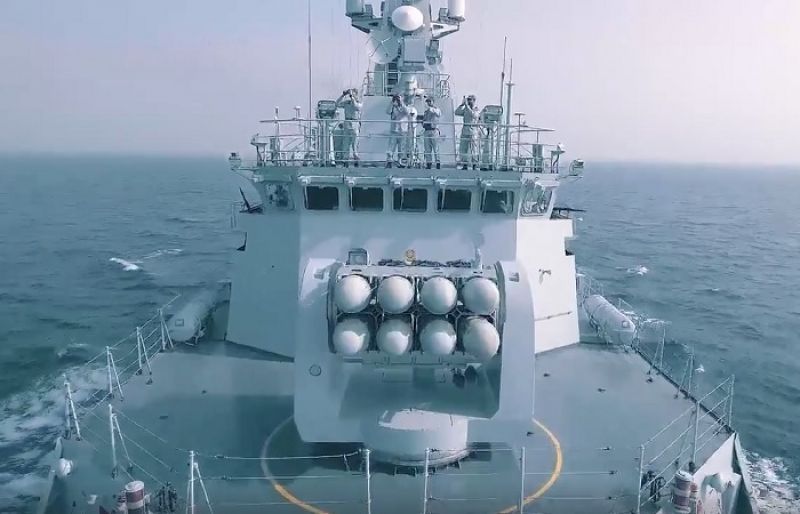 Exercise AMAN is a biannual multinational naval exercise being hosted by Pakistan Navy since 2007. 2019 will see the seventh installment of these exercises. More than 40 countries from Western and Eastern parts of the world will participate in the exercise with the resolve of ‘Unity for Peace’, which include key western countries such as the United States, United Kingdom, and Australia.

The exercise aims at boosting the joint operational capabilities of the participating countries’ naval forces for peace and stability in the region. The exercise has been named “AMAN”, which is the Urdu term for “Peace”.

Pakistan has a rich command history in regional cooperation, such as in Combined Task Force (CTF), Counter-Terrorism Task Force and Anti-Piracy Operation; Pakistan has led these task forces many times. The exclusive economic zone and continental shelf of Pakistan have been increased from what it was before two years; the importance of maritime in the perspective of CPEC is manifold.

Vice Admiral ® Iftikhar Rao, the former Managing Director of Karachi Shipyard, while speaking to Dr. Moeed Pirzada on his prime time show “Live with Moeed Pirzada” said that the importance of maritime affairs in Pakistan gained more importance after t 9/11 and enhanced Naval cooperation between many countries in the region. “Pakistan started participating in different task forces like Coalition Maritime Petrol Campaign Plan (CMCP) and Taskforce 150 as the first country from the region”, Admiral Iftikhar said.

Rear Admiral (r) Pervez Asghar, former Director General Maritime Policy Research Center, who was another participant of the program, answering a question related to the leading exposure of Pakistan said that last year, 33 countries had participated in the Aman exercise “This year will see more than 40 countries which are coming to participate in this exercise; this is because of the successful efforts of Pakistan Navy in regional cooperation”.

When inquired about the term inter-operability, Rear Admiral (r) Pervez Asghar said that different Navies use various terminologies to operate their functions, conduct combined exercises help each navy to understand these terminologies of different navies and that is termed as interoperability.

On the significance of the increased continental shelf, Vice Admiral (r) Iftikhar Rao added that the increased continental shelf makes the area as the fifth province of Pakistan, which is the biggest and richest in natural resources like oil and gas. “Unfortunately, our exclusive economic zone has not been properly surveyed yet, due to sea blindness (lack of maritime knowledge and exploration) in Pakistan,” Admiral Iftikhar said.

“Without the sea, there can be no CPEC; Pakistan Navy is playing a vital role in the security of CPEC, the role of Pakistan Navy has been increased after the advent of the China Pakistan Economic Corridor; so more resources should be ensured to Pakistan Navy to maintain its record of accomplishments” said Vice Admiral (r) Iftikhar Rao.

“My vote is not for sale,” Achakzai on the Revival of Military Courts

The next stage: UK theatres adapt to social distancing during coronavirus