Pakistan needs to focus on its “Pilgrimage Economy” 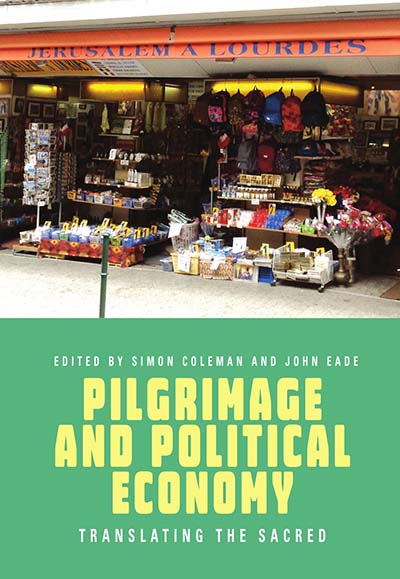 Religion has a very deep relation with the economy of almost every country. After the collapse of the colonial era, religion became a tool to govern countries; many countries got independence and emerged in the name of religion, like Pakistan, Israel and even Vatican City where Pope Francis lives. Religion has a direct impact on the economy and population especially in the modern day sub-continent (India and Pakistan).

Even culture here is directly linked with the religion. The Sub-continent used to be the main hub for many religions where many famous Hindu, Sikh and Muslims leaders came and started preaching about their religions. Khawaja Nizamud Din, Ajmeer Sharif, Hazrat Baba Bully Shah, and Baba Fareed Ganj Shakar devoted their lives for peace and religion.

The major source of income for countries like Iraq, Iran and Saudi Arabia is based on visits of people to Holy places located in these countries.

Both countries are getting huge money due to these bilateral visits of the people for religious purposes. There are some Sufi saints who have written mystic poems on many issues related to peace, art, and culture. They invented many languages as well in sub-continent. They always worked and preached for peace and inter-faith harmony among different sects.

Some countries are getting a huge amount in terms of money from visiting pilgrims. The major source of income for countries like Iraq, Iran and Saudi Arabia is based on visits of people to Holy places located in these countries. Just like these countries, both Pakistan and India should focus on their economies and facilitate pilgrims in the visa process to see their religious places and they can get huge money out of it.

Both countries can get millions of dollars out of it by facilitating visitors. Currently, both countries are not paying heed to this issue; the visa problem is one of the biggest hurdles for the visitors. The Visa process is very strict for the people of both countries across the border. The government should soften the visa policy, especially for visitors to attend annual religious festivals.

There are a lot of shrines in Pakistan and thousands of people are visiting every year. This could be positive for our economy if the government starts proper look-after of these shrines.

BBC News recently published a report on the politics and economy of shrines. According to that report, Pakpattan (a very small and deprived district in South Punjab) is a very backward district in terms of everything. Its economy is very weak and its population and health facilities are very poor. There is a shrine of famous Sufi Saint Hazrat Baba Fareed, a very famous Punjabi poet and religious scholar of sub-continent.

But unfortunately, there are no proper facilities for visitors during the annual festival of Baba Fareed. The government should focus on this issue to facilitate visitors to get more money out of it. There are a lot of shrines in Pakistan and thousands of people are visiting every year. This could be positive for our economy if the government starts proper look-after of these shrines.

The government should establish an especial cell to monitor shrines regularly, provide all necessities to facilitate pilgrims so that the number of visitors increases every year. This will boost our economy. More revenue will be generated and the image of Pakistan would be positively projected before the international community.

Shaikh Moazam Khan is Karachi based writer and columnist. He is frequently writing columns for Dunya and Express Newspaper. He is a veteran writer and a political thinker as well. The Views expressed in this article are author’s own and do not necessarily reflect the editorial policy of Global Village Space.