The incumbent regime has agreed to pay off the Russian exporters’ claim worth $93.5 million, paving the way for Moscow’s $8 billion worth of investment in Pakistan’s energy sector. 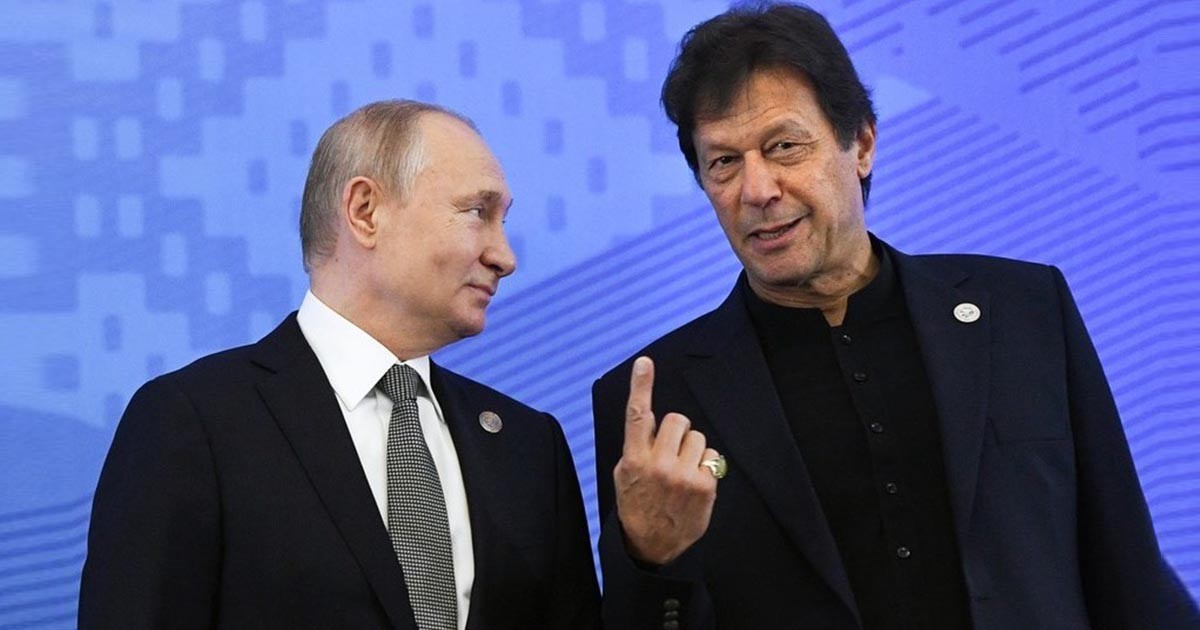 The Imran Khan-led government has made the decision of signing a deal with Russia to settle an exporters’ claim case pending since the 1980s after the disintegration of the Soviet Union, facilitating Russia’s decision to invest more than $8 billion across Pakistan.

Reports reveal that the Pakistani government has agreed to clear the pending claims filed by Russian exporters to the tune of $23.8 million, in line with the agreements reached between the two countries on December 27, 2017, and October 6, 2016.

The Pakistan Muslim League Nawaz (PLM-N) government has initiated the process of reaching a settlement and signing a deal with Moscow, and the incumbent government has taken the decision to execute the agreement. Russia has conveyed its desire to invest over $8 billion in Pakistan’s energy sector and the Pakistan Steel Mills.

Islamabad has finally decided to sign deal with Moscow to settle a 39-year old exporters claims case pending since disintegration paving way for Russia to invest over $8 billion pic.twitter.com/jsLusKtU5W

However, as per the Russian laws, Moscow cannot invest in countries with which it has unsettled disputes. Once this deal is signed, it will pave the way for Moscow to invest in various sectors across Pakistan.

Details revealed by the commerce division stated that back in the 1980s, the then Soviet Union and its corporations invested in textile and other materials manufactured by Pakistani companies. In order to ensure that the barter trade is conducting smoothly, the then USSR had opened two bank accounts in the National Bank of Pakistan (NBP).

The Economic Affairs Division (EAD) had deposited the funds in these accounts through the State Bank of Pakistan (SBP). However, once the USSR was disintegrated, many Russian exporters were not paid. Moreover, some Pakistani companies had also filed claims for unshipped goods as they had to bear the expenses for sea freight.

Over the years, the dispute persisted and some Pakistani corporations obtained stay orders from the Sindh High Court (SHC), which restricted the National Bank of Pakistan from transferring the funds of the Russian banks that were held in its accounts since 1996. The total amount of these funds was $104.93 million.

Over the years, multiple attempts were made to resolve the dispute however, they proved unfruitful. The governments’ failure to resolve this dispute cast a negative impact on trade and investment relations between Islamabad and Moscow.

In November 2015, during the 3rd Pakistan-Russia Inter-Governmental Commission session, held in Moscow, the two countries agreed to settle the dispute, and as per the agreement, Pakistan agreed to return $93.5 million within 90 days after signing the agreement. Later in October 2016, the then Chairman of the Board of Investment held a meeting with Russian exporters to negotiate a settlement.

The Govt of Pakistan has decided to settle a 39-year old exporters’ claims case pending since the creation of the Russia Federation, paving the way for Russia to invest in Pakistan. Moscow has conveyed that it would invest $8bn in Pakistan’s energy sector & Pakistan Steel Mills. pic.twitter.com/M3LIApoLc1

However, despite the government’s efforts to resolve the dispute and sign the agreement, the Pakistani corporations refused to withdraw their cases from the court, and therefore, the settlement could not be executed. In October 2017, the Pakistani government convened a session at the commerce division, inviting all stakeholders to the negotiations table.

The government succeeded in devising a new settlement agreement with three of the five claimants, including the ABS Group, Tabani Group, and the Mercury Group. It was agreed that $19.38 million will be distributed amongst the three claimants. However, Fateh Industries and Fateh Jeans refused to sign the settlement agreement and did not withdraw its case from the Sindh High Court.

The commerce division then approached the attorney general of Pakistan, who succeeded in persuading the remaining two claimants to withdraw their claim and reach an out of court settlement. After the Sindh High Court dismissed its case after stating that it has been “withdrawn unconditionally”, Fateh Jeans gave in but did not agree to withdraw its claims.

The recent decision to amicably settle the dispute will allow the two countries to improve their economic, political, and diplomatic relations. The money in the Russian accounts in the National Bank of Pakistan can now be returned to settle the claims.