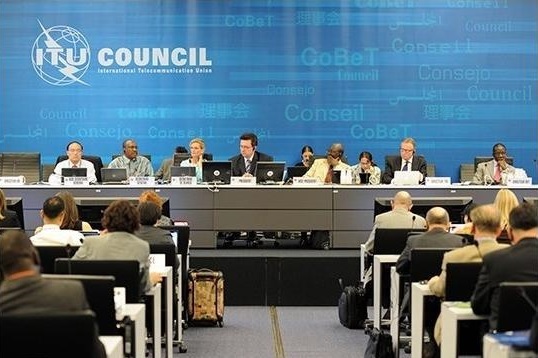 Pakistan won a four-year term (2018-22) on the Administrative Council of the International Telecommunication Union (ITU) at a consensus held in Dubai. As per statements made by the Ministry, Pakistan secured 155 votes out of a total of 177 to becoming one of the thirteen countries elected to this trans-governmental body from the Asia and Oceania-Pacific region.

The ITU is one of the oldest intergovernmental organizations that once existed as International Telegraph Union. With a head office in Geneva, Switzerland; it comes under the ambit of the United Nations Development Program (UNDP) and works with over 193 countries and over 800 public and private sector companies. The organization is mostly responsible for standardizing use telecommunication technology and improving infrastructure in the developing world.

SDGs are policy programs with incentives for member countries to prioritize the livelihood of future generations economically, environmentally and socially.

Pakistan had previously enjoyed a spot on the council but its re-election highlights the confidence which the international community has taken Pakistan into. It sounds a clear acknowledgment of the progress Pakistan has made in terms of Information and Communication Technology (ICT) infrastructure. Moreover, the re-election counts as recognition for the significance of Pakistan’s role in the global ICT policy arena with expectations of continued future contribution.

According to a spokesperson from the Pakistan Foreign Office, Pakistan had managed to win 175 votes out of a total of 186 votes cast earlier this year. It also happened to be one of four countries elected to this key trans-national organization from the Asia-Australasia region.

He also pointed out that this election should be understood as an endorsement and reaffirmation of the ongoing constructive process within these important sectors that have been promoted through consistent leadership and Pakistan would retain its role as an enthusiastic supporter of inter-state dialogue and cooperation.

Additionally, Pakistan’s membership has arrived none too soon as the United Nations is gearing up for the mid-term review on the implementation of its Sustainable Development Goals (SDGs). SDGs are policy programs with incentives for member countries to prioritize the livelihood of future generations economically, environmentally and socially.

Previous articleCrackdown against miscreants: rioters across the country being arrested
Next articleDid Zardari confess to fake accounts on live Tv?

25 September 2021
Previous articleCrackdown against miscreants: rioters across the country being arrested
Next articleDid Zardari confess to fake accounts on live Tv?