I recently read several blog posts by fellow American Alex Reynolds, including, “Is it safe for women to travel in Pakistan,” dated October 2019. While I agreed with the vast majority of the original piece I read, notably, by the time the article came to print, Alex’s blog post was updated and seemed to be needlessly critical. Perhaps I reviewed a post that was quickly edited; I don’t know. I digress.

From what I recall, the original post read with what appeared to be a slight bias to India. It was, in my opinion, unnecessarily censuring of the security forces’ occasional presence, as well as reflecting what seemed to be a lack of understanding of some social and cultural nuances in Pakistan and South Asia in general.

If this is one of your first times (perhaps your very first?) presenting your perspectives on your travels in Pakistan at a public forum with the Prime Minister attending – critical advice would be insulting to your hosts and like telling your hosts how to run their kitchen.

Here now, we tap into a bit of social constructionism, mainstream psychological thought processes, and underlying conceptions – all of which are important for future development. Alex says: “Pakistan is patriarchal as** (expletive), and generally a terrible place to be a woman. Many men (and women) are not yet accustomed to women going out and doing things by themselves….

There’s not much infrastructure for foreign tourists unless you count the occasional security escort in “dangerous” areas. There’s a lack of information— even with blogs like mine—and getting from A to B isn’t always as easy as it seems. Be ready to deal with male officials making things complicated and get prepared to spend a lot of time with male security guards.” 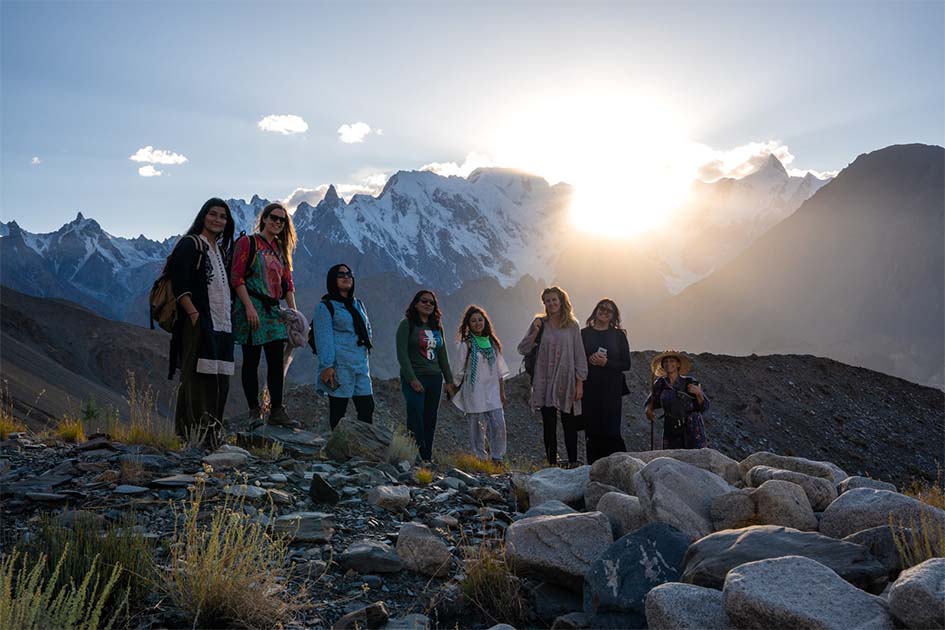 Now, as Alex requests in one of her videos, and as I have said countless times regarding Pakistan: hear me out. First – to clarify – I want to appreciate Alex for speaking her mind and sharing her experiences. She covers both positive and negative perspectives regarding her travels. We can learn from both.

Constructive guidance helps me improve as a person; the same can be said for a nation re-emerging from decades of chronic conflict. Nothing is perfect, smooth, etc., and travel to and within Pakistan certainly is not for everyone. So, we should be appreciative of those who travel to Pakistan and who offer valuable feedback – this is critical for the nation to grow and prosper.

Just like children, who are developing as humans, need teachers and constant guidance to grow into productive citizens; just as start-up businesses need mentors to succeed; so, too, a developing nation needs something akin to a Yelp review system: individuals and institutions who’ve been verified with significant experience (and are not part of an anti-Pakistan lobby) should be able to share their perspectives in a meaningful manner.

Now, a bit of background: Alex previously been scheduled to speak at the Pakistan Tourism Summit in April 2019, but her speech was canceled at the last minute. Organizers believed her opinions were too critical of the country and didn’t fit the summit’s agenda. She was forced to find another platform to share her thoughts: Facebook.

She begins the video by sharing that she has been visiting Pakistan since 2016, and this was her fifth visit to the country. “I’m just some freaky girl on the internet who likes helping people travel to Pakistan.” Insert my thoughts: you’re not just some freaky girl, Alex; numerous people like you and me love sharing our experiences in Pakistan.

And even if you are some freaky girl, I’ve been getting strange looks from some people regarding my Pakistan travels since 2009. Funny looks and comments from internationals and Pakistanis. So I understand! She further explained, “The other week, I was supposed to present at the Pakistan Tourism Summit. The subject? Social media and how it can affect Pakistan’s perception.

One must establish rapport for any critique to be valued. The way you communicate your message is also essential. There are many ways to offer suggestions without seeming indelicate or insensitive to the local cultures.

The organizers just wanted me to talk about how awesome Pakistan is and how great my experience has been. “If people are at a travel summit, presumably they already know that Pakistan’s pretty cool. So what’s the point of preaching to the choir?” she questions. “Instead, I decided to be a little bit more critical and came up with a talk on how social media coverage of Pakistan right now is actually dangerous for the future of the country’s tourism.

And of course, what we can do about it.” I reviewed Alex’s presentation and why she thinks travel media is “dangerous for Pakistan tourism,” and I’ve read most of her blogs. She brings up many valid points. But she also seems to complain unnecessarily about some issues, indicating she lacks adequate awareness of Pakistan’s social milieu. 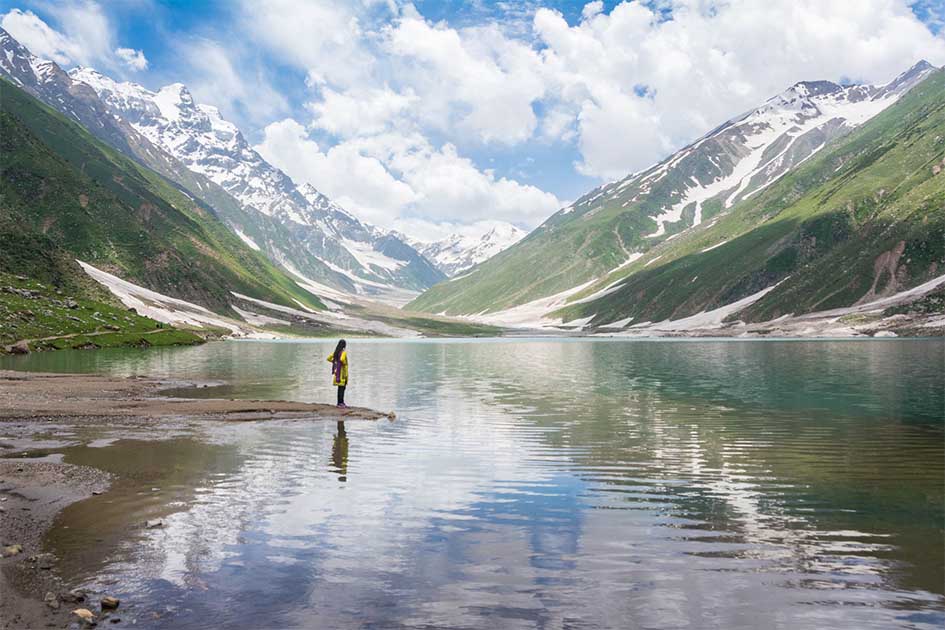 And, again, I want to stress that the overwhelming majority of what Alex says is true based on my experiences of traveling/living in Pakistan since 2009. “The Dangers of Positive Media” was the title of Alex’s presentation at the tourism summit. Her thinking was that a vast majority of speakers and attendees already know Pakistan “is pretty cool” to travel, so why would she repeat much of the same content?

I’ve felt precisely the same when some talking heads/writers in media (and who claim to be liberal) criticized me for showing a different side of Pakistan (my short films were shown across Social Media and screened at various places around the world since 2015). I wanted – and continue to be – objective, yet optimistic, where practically possible. “The people at the tourism summit weren’t ready for real talk, but I know some of you are,” Alex claimed.

Thanks to the security forces and friends who believed in this country, Pakistan is generally fantastic for experienced adventure travelers – which is a monumental leap from the narrative of decades past.

“Luckily, we live in the internet era. If a voice is silenced in one place, it can simply appear in another.” My thoughts: firstly, tourism summits are new to Pakistan. So, just because people are attending does not mean they are convinced one way or the other. Also, if this is one of your first times (perhaps your very first?) presenting your perspectives on your travels in Pakistan at a public forum with the Prime Minister attending – critical advice would be insulting to your hosts and like telling your hosts how to run their kitchen.

Consider that Pakistan is re-emerging after decades of violence and militancy – with global media coverage constantly bombarding the nation with negative reports, some justified, others not. The public is being introduced to you for the first time, so presenting why positive social media is dangerous will be perceived as ‘negative.’

As a social norm, you don’t initially greet people with a critical review of their clothing. One must establish rapport for any critique to be valued. The way you communicate your message is also essential. There are many ways to offer suggestions without seeming indelicate or insensitive to the local cultures.

According to Alex, she’s visited Pakistan five times since 2016. Is Alex unaware that –for decades– Pakistan has been a ‘security state’? The security personnel are not going to change their modus operandi overnight. This country is evolving. And therefore, the manner in which law and order are handled is, too. To grow and learn is priceless for humans, cultures, nations.

And travel is one of the best educations. And from one world traveler to another world traveler, let’s sum up Pakistan’s ever-evolving story in a one-liner: Thanks to the security forces and friends who believed in this country, Pakistan is generally fantastic for experienced adventure travelers – which is a monumental leap from the narrative of decades past.

Cynthia D Ritchie is a freelance director, producer and communications consultant who currently lives in Islamabad.

2019 – Year of Tourism Success in Pakistan