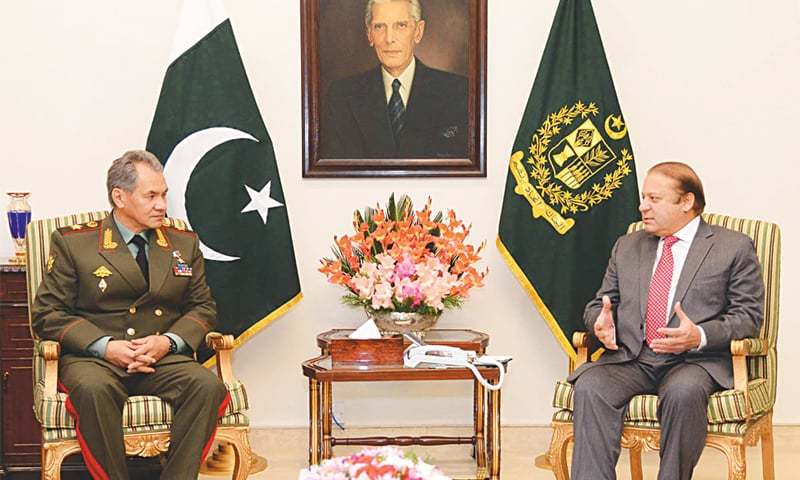 Counter-terrorism cooperation has been an important aspect of Pakistan-Russia relations. During the visit of former President Pervez Musharraf to Russia in 2003, both sides condemned terrorism in all its forms and manifestations and agreed that a comprehensive approach was needed to combat it. Both sides declared their interest in establishing constructive cooperation in fighting international terrorism.

Pakistan-Russia Joint Working Group on Counter-terrorism, whose first meeting was held in Moscow in 2002 and will be meeting again in Islamabad in the spring of 2018, it can be an important forum for Pakistan. Zamir N. Kabulov, Special Envoy of the President of the Russian Federation on Afghanistan, in his recent interview to Rossiya Segodnya Agency, stated that “Counter-terrorism is one of the priority issues of Russian-Pakistani cooperation. This area enjoys a very close interaction of our countries’ special services”.

These interactions would help both countries to learn from each other’s experiences in establishing a common strategy towards combating terrorism. Both countries also need to support each other at different international forums by appreciating each-other’s counter-terrorism efforts.

The counter-terrorism cooperation between the two countries is not just limited to formal meetings and appreciations for each other’s efforts, practical steps have also been taken in this regard. Since 2016, Pakistan and Russia have conducted two joint counter-terrorism military exercises and are willing to continue conducting these exercises in the future as well. Russia has also sold Pakistan four MI-35 transport-cum-attack helicopters for combating terrorism.

According to Kabulov, Russia believes that by strengthening Pakistan’s anti-terrorism capabilities, the interests of all regional countries would be served. Terrorism is a major issue in South Asia. All regional countries have faced terrorist activities in one form or another. Instability in Afghanistan is a major hurdle in fighting this menace and the emergence of Daesh in the region has the potential to exacerbate it further. In this regard, Pakistan and Russia can jointly play an important role in fighting and uprooting this threat from the region.

There should be a channel of interaction between Pakistan’s National Counter-Terrorism Authority and Russia’s National Antiterrorist Committee. This will help in institutionalizing the counter-terrorism cooperation between the two countries.

The recent efforts by Pakistan and Russia to further counter-terrorism cooperation are commendable and vital for establishing regional peace and stability; however, more is needed to be done to strengthen this cooperation. There is a need to increase the sale of military hardware to Pakistan that can help it in fighting terrorism more efficiently. An efficient fight against terrorism cannot be possible without effective disruption of the channels of terrorist financing, therefore, cooperation is also needed between the two countries in countering money laundering, drug trafficking and terrorist financing at the regional level.

There is a need to institutionalize Pakistan-Russia counter-terrorism cooperation. This can only be done by establishing inter-departmental interactions. Both countries should establish a mechanism of interaction and intelligence sharing between their respective intelligence agencies. There should be a channel of interaction between Pakistan’s National Counter-Terrorism Authority and Russia’s National Antiterrorist Committee.

Zeeshan Hayat is a Research Associate at Strategic Vision Institute, Islamabad. His areas of interest include Russia’s Foreign Policy with a special focus on Pakistan-Russia relations. The views expressed in this article are authors own and do not necessarily reflect the editorial policy of Global Village Space.

News Desk - 9 April 2021
Federal Committee on Agriculture met to set production targets for the Kharif crops that are about to start sowing. Wheat Production is set to increase by 1.7 percent this year.