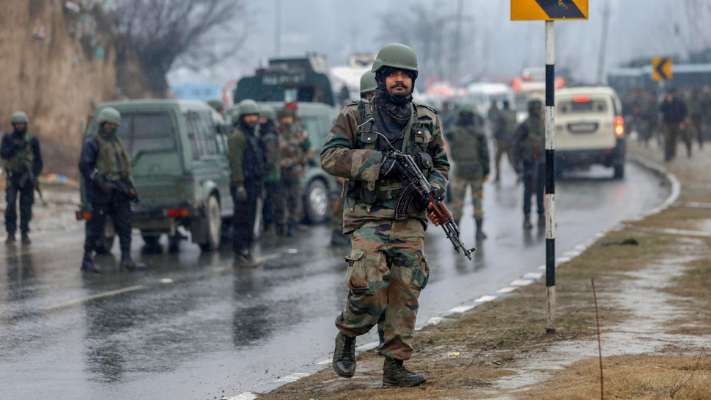 On Thursday, Pakistan handed over another set of questions over the Pulwama attack, which claimed the lives of 40 Indian paramilitary soldiers, to the Indian High Commission in Islamabad. Pakistan has stressed upon New Delhi to provide “actionable evidence” that could substantiate their claims of Pakistan’s involvement in an incident that is being regarded by analysts worldwide as a false flag attack orchestrated by the Bharatiya Janata Party (BJP).

During a regular press briefing at the Foreign Office, FO spokesperson Dr. Mohammad Faisal announced that Pakistan had handed over another set of questions as India had failed to provide any “actionable evidence” so far, and New Delhi has not yet responded to the questions that had been put forward by Pakistan earlier this month.

Pakistan has credible intelligence regarding the imminent threat as mentioned by the Foreign Minister. Any threat to Pakistan would get a befitting reply. I would like to reiterate that Pakistan, however, believes in peace and dialogue and not war.

Dr. Faisal did not specify the details of these questions, but he noted, “We want India to share actionable intelligence, if any, which as per their claim links Pakistan to the Pulwama incident, so that appropriate action may be taken. No such intelligence has been shared with Pakistan, so far.”

In response to a question on FM Qureshi’s announcement of intelligence reports indicating India plans for another misadventure against Pakistan later this month, Dr. Faisal noted that despite Pakistan’s efforts to deescalate tensions, this threat emanating from New Delhi persists. He said, “Pakistan has credible intelligence regarding the imminent threat as mentioned by the Foreign Minister. Any threat to Pakistan would get a befitting reply. I would like to reiterate that Pakistan, however, believes in peace and dialogue and not war.”

Dr. Faisal maintained that Pakistan has been persistent in its efforts of de-escalation and “did not involve any other power” but in fact, responded to Indian aggression “itself with force” and will be prepared with a “befitting response” if India embarks on another misadventure.

However, he maintained that Islamabad had informed the international community of Indian mal-intentions throughout February, and the recent intelligence reports on a threat emanating from India have also been shared. He shared, “The Foreign Secretary (Tehmina Janjua) has given a detailed briefing to the Permanent Members of the Security Council (P-5), this Saturday (6th April).”

Dr. Mohammad Faisal shed light on the heightened atrocities suffered by the innocent Kashmiris at the hands of the barbaric forces of the Indian occupation. He shared that during their notorious “all-out cordon and search operations”, the Indian forces martyred two innocent Kashmiris hailing from the Shopian district, Bilal Ahmad Bhat, and Rahil Rashid Sheikh.

We hope that Pakistan’s spirit and peace gestures are reciprocated by the Indian side so that the Kartarpur Sahab corridor becomes a reality for 550th celebrations of Baba Guru Nanak.

Dr. Faisal further highlighted New Delhi’s consistent attempts to “blatantly harass and subjugate the Hurriyat leadership”. He noted, “Mirwaiz Omer Farooq is being forced to appear before the NIA in New Delhi instead of Srinagar on trumped up charges, based solely on fallacious assumptions and misinformation aimed at maligning him. This is being done despite threats to this person which have already been aggravated due to the withdrawal of his security by India. “

Dr. Faisal further condemned the lockdown on Jamia Mosque that was exercised last Friday, depriving the Kashmir Muslims of Indian occupied Kashmir the opportunity to take part in the special prayers held on the occasion of Shab-e-Mairaj. He issued a strongly-worded condemnation, “We strongly condemn the lockdown of the mosque on the auspicious occasions and virtually every Friday.” He also condemned New Delhi’s decision to cripple Kashmir’s economy by imposing a partial closure on the Kashmir-Srinagar highway.

Dr. Faisal urged the international community to join hands with Pakistan and speak out against Indian brutality, demanding India to “immediately halt the human rights atrocities in IOK and seek their help in resolving the Jammu & Kashmir dispute.”

Dr. Faisal said, “We reject the stipulations of BJP’s manifesto regarding Article 370 of the Indian Constitution. There cannot be any alteration in the status of the state of Jammu and Kashmir, which remains a disputed territory.” He further added that if India takes any step toward repealing article 370, Pakistan will “not only raise this issue at the world body level but also with India.”

The Foreign Office spokesperson stated that Pakistan is consistent in its “spirit of constructive agreement” and has agreed to New Delhi’s proposal of a technical meeting on the Kartarpur Corridor on 16th April at Zero Point near Kartarpur Sahib. He said, “We hope that Pakistan’s spirit and peace gestures are reciprocated by the Indian side so that the Kartarpur Sahab corridor becomes a reality for 550th celebrations of Baba Guru Nanak.”

In response to a question on threats of Indian misadventure and the future of the Kartarpur Corridor, Dr. Faisal stressed that the two are separate subjects and must not be linked with one another. He said, “It must be noted that Kartarpur corridor is a separate subject and has no link to the threat emanating from India, as mentioned by the Foreign Minister.”

Stressing upon Pakistan’s resolve for peace and its right to self-defense, FO spokesperson Dr. Mohammad Faisal noted, “Pakistan propounds that these escalatory measures should be avoided and our resolve should not be tested, otherwise, we will give the same reply as we did on 27 February 2019.”

Research & writing by Mina Jahangir with editing and additional inputs by Sana Mushtaq at the GVS News Desk.

Celebrating without cause? – Saad Rasool

Fatima Bhutto’s ‘The Runaways’ to hit the shelves in October