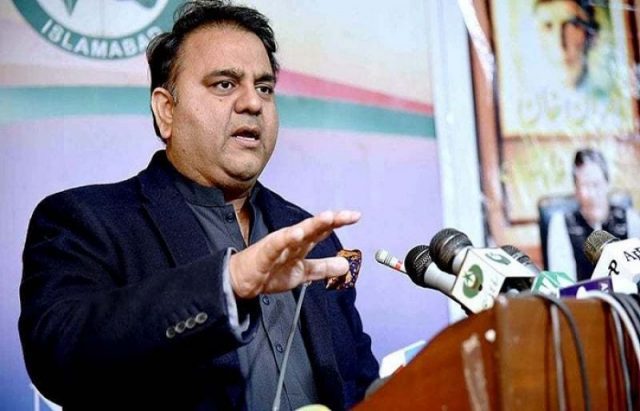 Federal Minister for Information Fawad Chaudhry has told UK publication BBC that the Pakistan Tehreek-e-Insaf (PTI) government firmly believes that the country is still in need of military courts. “But an extension in their term remains conditional on consensus among political parties”, the Minister said.

Pakistan People’s Party (PPP) claimed the government is yet to contact them over the issue. PPP leader Nafeesa Shah told BBC that her party’s stance remains clear that they don’t support military courts.

The PTI government is still pursuing the cooperation of the opposition parties for another extension, as it would require a two-thirds majority in the parliament houses to carry out the constitutional amendment. Fawad said that military courts were an extraordinary step taken in extraordinary circumstances and said that “[we] believe the military courts delivered successfully. There is still a need for them”.

“We are close to defeating terrorism and we believe extension in their term is important but it won’t be possible if there is no consensus,” Chaudhry added. The PTI government had summoned a session with opposition parties on March 28 to discuss the matter, but it was boycotted by the political parties.

Read more: Military Courts in Pakistan: Why and Why not?

Pakistan People’s Party (PPP) claimed the government is yet to contact them over the issue. PPP leader Nafeesa Shah told BBC that her party’s stance remains clear that they don’t support military courts.

Since the launch of the military operation Zarb-e-Azb, the interior ministry had referred over 700 cases of terrorism to the military courts. Of these, 185 were still under process and had to be decided by March 30 before the expiry of the term, BBC reported. The National Assembly was told in November last year that a total of 478 cases had been decided.

In another press interaction today, Monday 1st April, Fawad said that the government has no intention to change the name of Benazir Income Support Program (BISP). Talking to media persons in Islamabad, Chaudhry said though the government has launched Ehsaas program for alleviation of poverty, yet BISP will also continue.

Fawad Chaudhry said under Ehsas program, loans will be provided to the jobless youth and homes to the shelterless people. Answering a question, he said the recent increase in petroleum prices was due to increase of petroleum products in the international market.

Kulsoom Nawaz passes away in London