Pakistan has successfully completed the first quarterly review with the IMF, crucial for the disbursement of the Extended Fund Facility worth $6 billion. However, Pakistan still has to achieve some “structural benchmarks” before taking its case in front of the IMF executive board of directors. 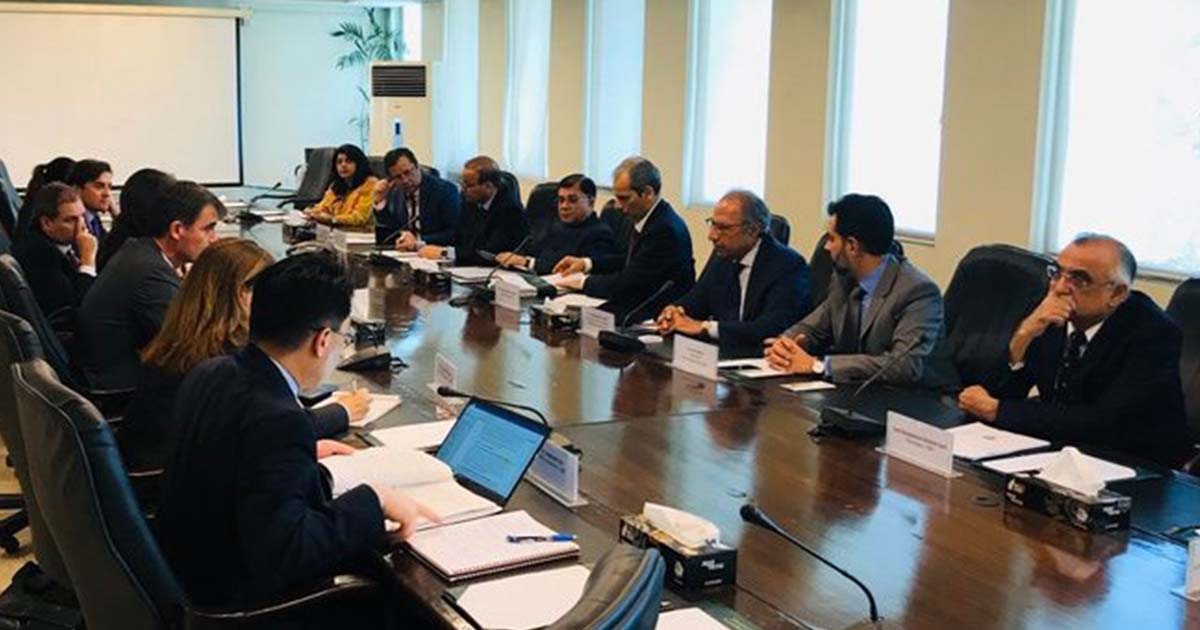 Pakistan has successfully concluded the first-quarterly review with the International Monetary Fund (IMF), pertaining to the $6 billion Extended Fund Facility (EFF) finalized in May, 2018. The incumbent government has brokered a staff-level agreement with the IMF last weekend.

The staff-level agreement is awaiting approval from the IMF authorities and executive board of directors, which serves as a formality as the agreement will be readdressed over the next few weeks to eliminate minor insufficiencies.

" Govt's policies & strategy are producing results, commitments for this quarter have been met or exceeded, specially on the fiscal side" – Ramirez Rigo Ernesto, IMF Mission Chief to Pakistan. pic.twitter.com/EZMOjKo7UB

IMF’s approval will allow Pakistan to receive the second tranche, amounting to $450 million, which equals 328 million IMF special drawing rights, in the start of December. The IMF executives are looking towards bilateral and multilateral partners to secure this sizeable funding.

The concluding statement of the IMF Fund mission observed that Pakistan needs to undertake some quick actions before a meeting of the IMF executive board of directors, who will approve the disbursement of funds. “The Pakistani authorities and IMF staff have reached a staff-level agreement on policies and reforms needed to complete the first review under the EFF.”

A positive recommendation from the IMF is anticipated to aid Islamabad upon its arrival in the international capital market, which is presently proposing competitively lower interest rates. Islamabad’s target from the global market during the ongoing fiscal year, ending June 2020, is around $3 billion worth of bonds. The first launch is expected to be held in December.

The directors and senior management of the IMF have commended the vigorous start of the program, and the commitments of the team spearheaded by Dr. Abdul Hafeez Shaikh, special adviser to the PM on Finance, as part of the robust initiatives taken by Prime Minister Imran Khan.

'All performance criteria for end- September were met with comfortable margins and progress continues towards meeting all structural benchmarks.' IMF https://t.co/oak52A8v9o

Both parties agreed not to publically address the proceedings in a joint press briefing, which is typically the culture after the successful completion of IMF’s engagements with its member states. In another unusual development, the government has also shied away from issuing a formal statement or media briefing after the conclusion of its review by the fund mission.

The two sides agree to break the news with a written statement issued by the IMF. Opinions makers note that IMF depicts an ambiguous account of the overall situation in its carefully worded statement.

The IMF statement read, “Despite a difficult environment, program implementation has been good, and all performance criteria for end-September were met with comfortable margins. Work continues towards completing the remaining structural benchmarks for end-September.”

This reflects the IMF’s willingness to avoid negative comments on Pakistan’s performance at such an initial stage of its program, however, it also depicts a tough attitude that Islamabad must work towards the remaining structural benchmarks before taking its case in front of the executive board.

These benchmarks include a series of measures with regards to electricity supplies, and the issuance of track-and-trace system licenses to implement excise duties on cigarettes. More power tariff increases are requiring in the fiscal year 2019-2020, while Pakistan also needs to take measures on circular debt capping and reduction. The cabinet must approve these decisions without delay.

The IMF stressed upon these initiatives, stating that  “advancing the strategy for electricity sector reforms, agreed with international partners, is important to put the sector on a sound footing, and remove recurrent arrears and accumulation of debt”.

The recently conducted review, the IMF expects the government’s initiative to prove successful in reversing “the build-up of vulnerabilities and restore economic stability”.

Pak Economy moving ahead on sound path confirmed today as it passed the first IMF review with flying colors It’s not a good news for doom sayers but very comfortable news for those who believe in Pakistan and its movement toward documented economy. Well done Sheikh Shabbar Baqar pic.twitter.com/HVi6Xk5W17

The IMF statement said, “The external and fiscal deficits are narrowing, inflation is expected to decline, and growth, although slow, remains positive. Sustaining sound policies and advancing structural reforms remain key priorities to enhance resilience and pave the way for stronger and sustainable growth.”

Underscoring the macroeconomic situation, the IMF observed that “signs that economic stability is gradually taking hold are steadily emerging. The external position is strengthening, underpinned by an orderly transition to a flexible, market-determined exchange rate by the State Bank of Pakistan (SBP) and a higher-than-expected increase in SBP’s net international reserves.”

“The near-term macroeconomic outlook is broadly unchanged from the time of the program approval, with gradually strengthening activity and average inflation expected to decelerate to 11.8 percent in FY2020. However, domestic and international risks remain, and structural economic challenges persist.”

The IMF cautioned that “fiscal prudence needs to be maintained to reduce fiscal vulnerabilities, including by carefully executing the FY20 budget, implementing the new Public Finance Management legislation, and continuing to broaden the tax base by removing preferential tax treatments and exemptions”.

Pakistan must now work towards developing a strategy to curb the circular debt in the power sector and achieve its quarterly targets for collection, losses and collecting arrears by distribution firms in consultation with lending companies. This plan will include bill collection and distribution losses, monitoring and incentivized strategy for boosting performance, improving governance of distribution firms, reducing and canceling implicit government subsidies, examining investment needs and devising investment plans, and examining the stock of circular debt.

This plan will serve as the foundation of the reforms expected in the power sector in the future. The incumbent government must also make sure that regular and timely notifications are issued for end-consumer tariffs in the electricity department, alongside introduce automated quarterly tariff adjustments.

The next IMF review is expected to be held during the first week of January.