US is withdrawing its forces from Afghanistan and looking for a peaceful regime in Afghanistan. Regional powers including India have played their part in destabilization of the country. Pakistan's mediation is bringing the war to a peaceful end. Taliban's inclusion in the peace talk is mandatory if peace is to be obtained. 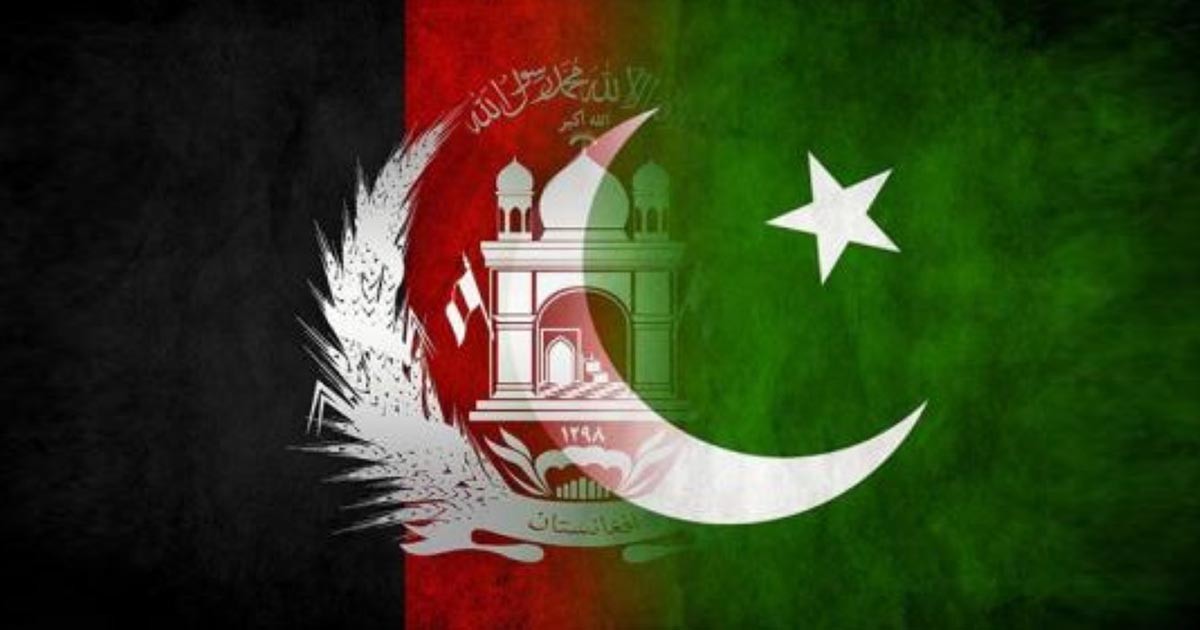 Afghanistan situation is complex and violent. The peace talks between the United States and Taliban are encountering challenges. The Ghani Government seems frustrated by the said process, therefore, looking for alternatives. Pakistan is struggling to improve its bilateral relations with Afghanistan and also supports the peace initiatives in the country. The Great Powers direct contacts with Afghan Taliban have provided them legitimacy and compromised the significance of the Unity Government led by President Ashraf Ghani.

The regional powers, including India, are equally contributing to the internal mess of the country. Besides, the Afghans themselves are antipathetic to the dialogue process despite having war fatigue. Taliban are unwilling to the cease-fire and averse to peace talks with President Ghani Government. Even the recent Consultative Peace Loya Jirga did not improve the Afghans affairs.

Zalmay Khalilzad, special envoy for peace and reconciliation in Afghanistan held the seventh round of talks with the Taliban but failed to convince them for a ceasefire in the country.

President Donald Trump announced to withdraw nearly half of his troops from Afghanistan by the end of 2019. It generated cautious optimism about the end of the war. Though everyone is supportive of Afghan-owned, Afghan-led reconciliation process, yet the Afghan Taliban are reluctant to establish direct contacts with President Ghani Government.

The Americans are cognizant that without engaging Taliban peace in Afghanistan is impossible. Therefore, The Trump Administration reversed the longstanding United States policy, ie “Any negotiations over the political future of Afghanistan will be between the Taliban and the Afghan Government,” and has accepted the demands of the Afghan Taliban.

It is presently directly engaged with the Taliban, without involving the Afghan Government, to end the 18-year-old war in Afghanistan. The direct talks between the US and Taliban in Abu Dhabi and Doha have exposed the powerlessness of Afghanistan’s National Unity Government to bring the Afghan Taliban to the negotiating table.

Zalmay Khalilzad, special envoy for peace and reconciliation in Afghanistan held the seventh round of talks with the Taliban but failed to convince them for a ceasefire in the country. The ongoing peace talks between the Taliban and the United States do not involve the country’s elected government. The Americans practically sidelined President Ghani in the peace process.

He convened four-day Consultative Peace Loya Jirga on April 29, 2019, to discuss the ongoing peace talks to strengthen his position as Afghanistan’s legitimate representative in the peace talks. He said, “It is a proud moment for me to have representatives from all over the country here, and today we have gathered to speak about the peace talks.”

The Jirga was not taken seriously by Afghanistan observers because Taliban declined President Ghani’s invitation to participate in it and also urged people to boycott it. Taliban spokesman Zabihullah Mujahid stated, “Do not participate in the enemy’s conspiracy [in] the name of Jirga, instead find ways to further sideline the shaky administration of Kabul.”

Moreover, opposition politicians and government critics, including former president Hamid Karzai, also boycotted the Jirga. The protracted asymmetrical warfare in Afghanistan is perilous for Pakistan’s National Security. Historically speaking, after the demise of the Taliban Government in 2001, the Al-Qaeda led terrorist syndicate managed to secure safe hideouts in the federal administrative Tribal Areas and urban centers of Pakistan.

They unleashed terrorism in Pakistan and killed 75000 innocent civilians and personnel of law enforcement agencies during the last 17 years. Pakistan’s economy was derailed and internationally its image was maligned. Therefore, Islamabad is mindful about the current chaos in Afghanistan and Washington’s forces withdrawal plan.

The withdrawal of the American troops could create a power vacuum that could be filled by warlords, radicalized militant organizations, and proxy groups sponsored by neighboring states. RAW has been providing both financial and material support to Tehreek-i-Taliban Pakistan (TTP) for conducting terrorist acts inside Pakistan.

Neither American forces nor Afghan law enforcement agencies are erasing the safe heavens of TTP located in eastern Afghanistan. The mistrust and reciprocal accusations undermine Kabul and Islamabad relationship. The last month meeting between President Ghani and Prime Minister Imran Khan, on the sidelines of the Organization of Islamic Cooperation in Saudi Arabia, has a positive outcome.

On June 11, Afghan Deputy Foreign Minister Idrees Zaman visited Islamabad for the first review session of the Afghanistan-Pakistan Action Plan for Peace and Solidarity (APAPPS). On June 4, President Ghani announced that he would visit Islamabad on June 27, to improve bilateral relations. Indeed, the current high-level engagement would have a constructive impact on Afghanistan and Pakistan relationship.

Dr. Zafar Nawaz Jaspal is Professor, School of Politics and International Relations, Quaid-i-Azam University, Islamabad. Author of India’s Surgical Strike Stratagem: Brinksmanship and Response, (2019). He is also an advisor on Non-Proliferation to SASSI, London and a course coordinator at Foreign Services Academy for the Pakistan Ministry of Foreign Affairs. Email: jaspal_99@hotmail.com. This article was first published in Pakistan Observer and it has been republished with the author’s permission. The views expressed in this article are the author’s own and do not necessarily reflect Global Village Space’s editorial policy.

News Desk - 9 April 2021
Both sides also agreed to strengthen their cooperation on the UN and other multilateral platforms and to support each other on each side’s core and major interests.