Nature has given Pakistan with an ecosystem that is blessed with diverse and rare breed of wild animals. Snow leopard is one of the endangered species across the world. Pakistan is taking positive steps, in this direction, and aims to preserve the rare breed. 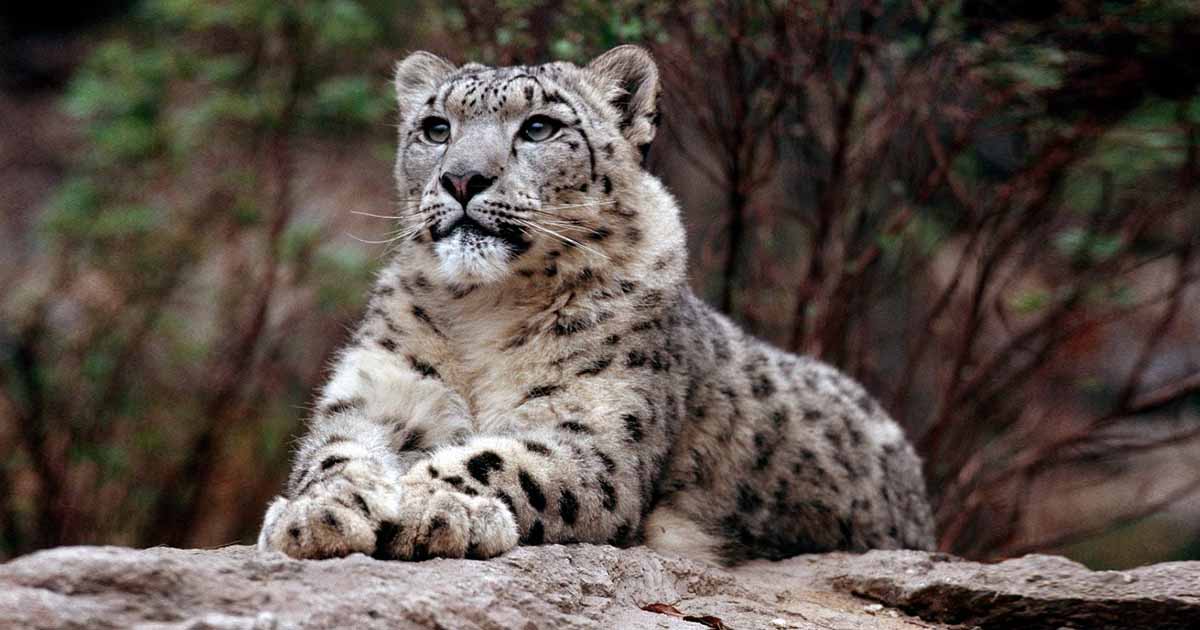 Pakistani ecosystem is blessed with a rare breed of snow leopard and we have taken number of steps to protect the wild animal and the ecosystem it lives in, Adviser to the Prime Minister on Climate Change Malik Amin Aslam said.

He expressed these views while addressing the participants of the World Wildlife Day event as chief guest.

The event was organised here on Tuesday by the Ministry of Climate Change and Snow Leopard Foundation Pakistan at the FAUST University.

Wonderful gift of God "Snow Leopard" from the northern ares of Pakistan save wild life save nature and thank God, #MondayMotivation #mondaythoughts pic.twitter.com/Vv9bdwRKP5

Malik Amin told the participants that Pakistan Snow Leopard and Ecosystem Protection programme (PSLEP) launched by the climate change ministry was among the three foreign funded projects that aimed at biodiversity and environment restoration in Pakistan. These projects are very successful in Pakistan.

Through these projects we are conserving the wildlife not just in Pakistan but also in the habitat area, he added.

Malik Amin said the ministry of climate change (MoCC) would extend national Nature Internships for youth of the country to partake foreign funded projects aimed at environment conservation, wildlife protection and habitat restoration in the country.

Malik Amin Aslam congratulated management and students of FAST National University for contributing in the conservation efforts and launching the Snow leopard mascot.

The Honorable Advisor emphasized on working collectively to tackle the challenges of climate change and its impacts on the ecosystems.

Snow leopard in Northen Areas of Pakistan.
its my request to @ImranKhanPTI take some strict action against wild life deparment of Mansehra who are Dealing with Kaghan Valley wilds they are just recieving pay..a leopard have been killed near 1/2#SaveWildofKaghan pic.twitter.com/GZD0h4MZnp

He also shared measures taken by the present government to protect the biodiversity and wildlife through ecotourism.

The Ambassador of the Kyrgyz Republic H.E. Mr. Erik Beishembiev in his remarks highlighted the importance of protecting snow leopards.

Advisor informed the guests that the Prime Minister Imran Khan will soon launch the Green Youth Movement (GYM). This initiative is designed and structured for capacity building of youth which one of the priorities of the current government.

“The Nature internship programme will help the youth to join and learn from the foreign funded projects like PSLEP, Zero Emissions Metro Bus in Karachi and Climate Smart Agriculture. These projects are of high significance that will help increase their abilities and generate innovative ideas,” the Adviser noted.

As we celebrate the wildlife of Pakistan, let us not forget the astonishing decline in wildlife population, a 60% fall in just over 40 years, globally, a grim reminder & perhaps the ultimate indicator of the pressure humans exert on the planet. pic.twitter.com/f998WGgmrP

The Ministry, he said, was also going to launch Green Youth Movement (GYM) that would be inaugurated by the Prime Minister.

“GYM is going to establish specialized environmental clubs that will be used to garner green (nature based) and innovative ideas from youth to conserve depleting environment through technology and nature.

The event was attended by diplomats, officials from government and non-government organizations and students.

The adviser and Kyrgyzstan Ambassador distributed mementos and certificates among the diplomats participating in the event and students FAST University who were the members of Generation FAST Snow Leopard Foundation.

Why Libraries need a new narrative