Pakistan to respond India at time and place of its choosing: NSC decides 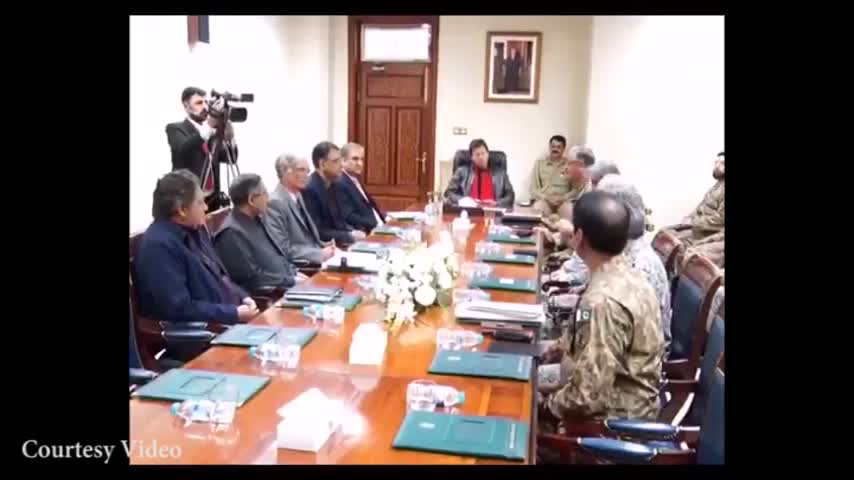 Prime Minister Imran Khan on Tuesday, 26th February chaired an emergency meeting of the National Security Committee (NSC) to observe the emerging situation in the wake of the Indian Air Force’s (IAF) violation of the Line of Control earlier today.

According to a statement issued after the meeting, the committee “strongly rejected Indian claim of targeting an alleged terrorist camp near Balakot as well as the claim of heavy casualties”.

“Once again Indian government has resorted to a self-serving, reckless and fictitious claim,” the statement read. “This action has been done for domestic consumption being in an election environment, putting regional peace and stability at grave risk.

PM Khan, according to the statement, has issued instructions to all elements of national power, including the armed forces and the people of Pakistan to remain vigilantly prepared for all eventualities.

“The claimed area of the strike is open for the world to see the facts on the ground. For this, domestic and international media is being taken to the impact site. The forum concluded that India has committed uncalled for aggression to which Pakistan shall respond at the time and place of its choosing.”

PM Khan, according to the statement, has issued instructions to all elements of national power, including the armed forces and the people of Pakistan to remain vigilantly prepared for all eventualities. “He [Prime Minister Khan] decided to engage with global leadership to expose irresponsible Indian policy in the region,” the statement reads.

The Prime Minister also “appreciated the timely and effective response of the Pakistan Air Force to repulse Indian attempt without any loss of life or property”.