The two sides discussed various possibilities for restoration of the jobs of laid-off Pakistani workers in the emirates. Naseer Bin Thani assured the Special Assistant that the UAE government will ensure job creation for Pakistani workers and protect their rights. 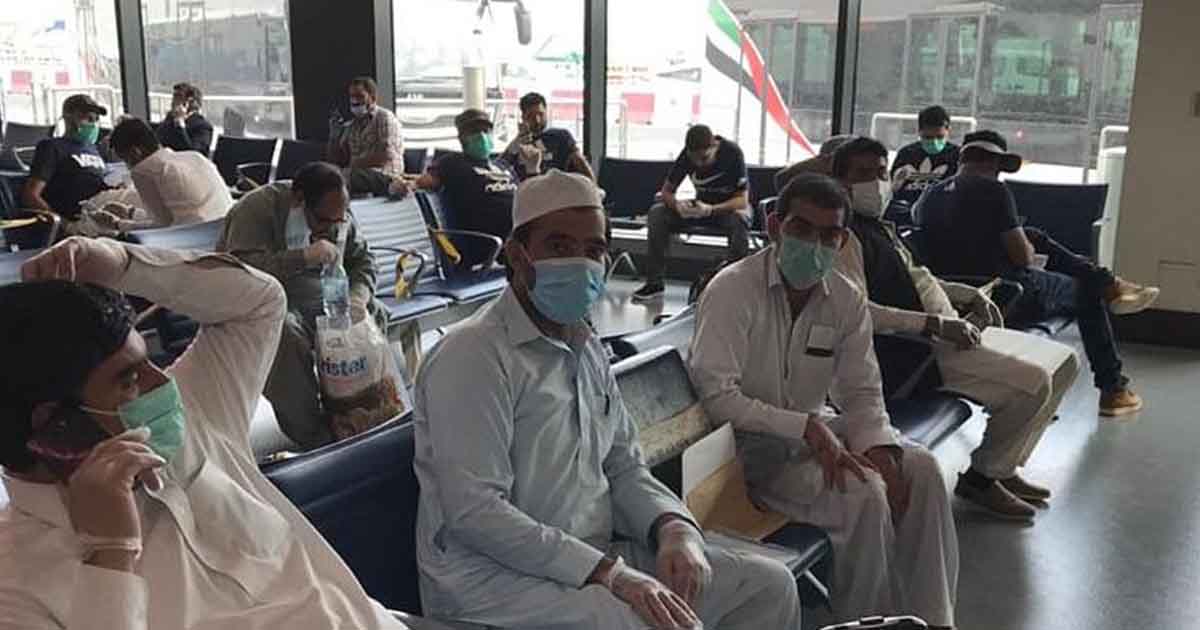 Pakistan and the UAE have resolved to address the issue of Pakistani expatriates, who have lost their jobs in the wake of coronavirus pandemic.
The modalities to this effect were worked out during a meeting between Special Assistant to the Prime Minister on Overseas Pakistanis and Human Resource Development, Sayed Zulfikar Abbas Bukhari and UAE Minister for Human Resources Naseer Bin Thani Juma Al Hamli.

Restoring jobs of expatriates in UAE

The two sides discussed various possibilities for the restoration of the jobs of laid-off Pakistani workers in the emirates. Naseer Bin Thani assured the Special Assistant that the UAE government will ensure job creation for Pakistani workers and protect their rights.
Previously, Pakistan’s foreign minister, Shah Mahmood Qureshi, said that “The biggest number of stranded Pakistanis is in the UAE and it is regrettable that they are being overcharged for air tickets.”
“Irrespective of who is responsible for this, Pakistan is answerable on this issue,” Qureshi said while addressing a session of Pakistani community via video link held at the Town Hall in Dubai. He urged the expatriate community to identify elements making an undue profit at this time of crisis in the form of inflated airfares.
Qureshi said that UAE hosts 1.6 million Pakistanis and it was a difficult task to live up to all of their expectations. He lauded the efforts of the Pakistani mission in the Gulf state for providing free air tickets to as much as 196 Pakistanis. He also acknowledged the Pakistan embassy for distributing food packets in Dubai, a step, he said, was highly appreciated. “Overseas Pakistanis have always helped Pakistan in difficult times. It is our responsibility to heed their valid demands,” he concluded.
Read More: Is Saudi Arabia deporting Pakistani expats?

Remittances to be slashed in Pakistan

However, amidst the crisis Pakistan expects UAE remittances to be slashed. With swathes of Pakistani migrant workers being laid off and sent back home from all over the Gulf, an important source of revenue is taking a hit. 20% of the UAE’s majority-expat population is Pakistani, and in a typical year the South Asian nation of 212 million receives $4.6 billion in remittances from the UAE alone. Globally, the World Bank expects remittances around the world to fall by 20% this year.
Pakistan’s Ambassador to the UAE Ghulam Dastgir earlier told CNBC’s Dan Murphy “We foresee that the remittances will go down…” The exact figure is hard to say, he added, but he expects remittances to fall around “5-10%.”
As of May, 21,000 Pakistani expatriates in the Gulf states had so far lost their jobs amid the coronavirus pandemic, Special Assistant to Prime Minister (SAPM) on Overseas Pakistanis Sayed Zulfikar Abbas Bukhari exclaimed in an interview. “There were media reports that the United Arab Emirates alone had laid off more than 40,000 Pakistani workers after the COVID-19 outbreak which is completely wrong. In reality, 17,743 Pakistanis were laid off amid the coronavirus crisis in the UAE,” he said.
Read More: Foreign expats don’t want to leave Saudi Arabia for home
Foreign Office making efforts for Pakistani expatriates

Foreign Office spokesperson Aisha Farooqui in a weekly briefing disclosed that “As per data available with the Foreign Office, more than 50,000 Pakistani citizens are expected to return in the near future from the Middle East.”

Authorities are still working on how many have actually lost their jobs from these 50,000 Pakistanis, who have registered themselves with the foreign missions in the Gulf countries for return. Foreign remittances are critical for Pakistan’s foreign exchange reserves as millions of Pakistanis, mostly those in the Gulf send around $24 billion annually. Farooqui added that the Foreign Office was making all-out efforts to facilitate the Pakistanis, stranded in different countries because of the outbreak of pandemic.

Does Pakistan have legal justification to ‘surprise’ India?