Pakistan Vs. India – Who is More Battle Ready?

Pakistan and India have always been on a threat of war and the main reason has always been Kashmir. But are both armies ready for battle? What if war started, are people ready to take it? There are many questions that need to be answered. 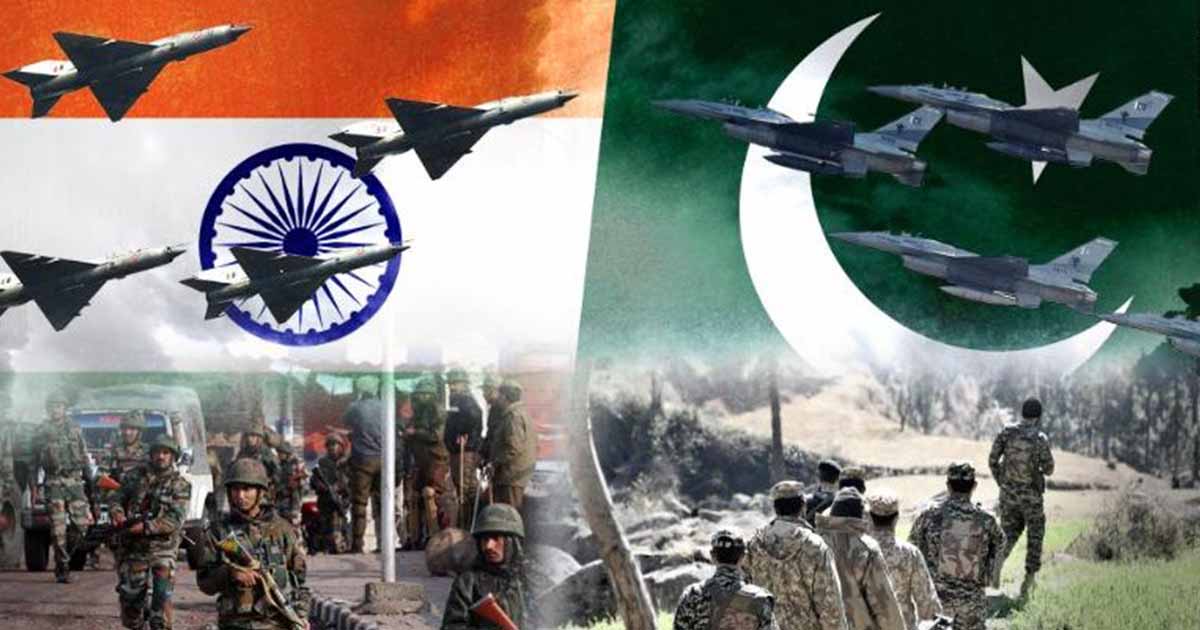 Kashmir has been a nuclear flashpoint for decades and both countries have already fought three wars over it. They come close to fight time and again and these days both India and Pakistan are again on the brink of war. Today, first let’s understand the types of warfare and to gauge both militaries, are they ready for a full-frontal assault? Who has an edge over the other and why?

There are multiple warfare techniques and countries like Pakistan and India have engaged each other using one or more out of such tactics. Few types are like Deep Sea Warfare, Space warfare, CI Ops (Counter-insurgency), Information warfare, electronic warfare, limited war, and Hot war. Apart from Nuclear war all the above mentioned are the possibilities of war that we can think, and asses the capability of war preparedness.

If we talk about the full-frontal assault, also called hot war, there are few factors that are very important to be looked into the militaries. First and foremost are the weapons available to the army to fight. The second most important component is the art of fighting the war, this is also described as how much that army is battle-hardened and have firm expertise over the use of available weapons and last but the most important factor is an integration of forces, how well air, land and sea forces are integrated. As it’s very crucial that all three must gel in pretty well to produce a synergized response. Today our focus will be the art of fighting a full-fledged war that can let us conclude which army is more battle-hardened.

Now to gauge the preparedness of both militaries, we will start to example the events from 1990 onwards to better understand the events and their response. India entered the 1990’s with recent badges of glory on their chest of operation Meghdoot (Siachen) in 1984 and operation Rajiv (capturing highest Pakistani post also known as Quaid Post) in 1987. Then in the 1990s when India started the buildup of armed forces in Kashmir and brought up hundreds of thousands of forces. They switched themselves on CI Ops (Counter-insurgency) warfare. After this, their military training focus changed from hot war to CI Ops in their military doctrine and in their training manuals slowly and gradually to a large extent.

In 1993 then India Army Chief Gen Joshi realized to create a separate force to fight insurgency instead of engaging in the mainstream army. It was a wise thought. To materialize this idea, he created Rashtriya Rifles (RR) a paramilitary force. But no running horse of army and young skilled officers wanted to serve in RR because of the risk and no additional support in terms of their career.

So Gen Joshi became Col Commandant of this force so that it can be brought into limelight and young and skilled officers should show a willingness to serve in. And that happened too after that, but it came with a negative impact that every officer was focused on CI Ops and wanted to serve here to showcase himself for the career progression as it was army chief’s regiment and they were highlighted pretty quickly.

Now a full-fledged army was watching a counter-insurgency force (RR) as an aim to serve. This was narrowing down the scope of an army who was raised and maintained for a full-frontal war. It was looking into and preparing for small skirmishes with insurgents. After 1993, India also planned to fence the complete border. This decision wasn’t just a cost for a then not so good Indian economy but it made Indian mighty army get into a defensive posture.

Last skirmish that two countries had in Feb 2019 after a surgical strike by Indian air force, Pakistan launched Operation swift retort and responded in broad day light and downed two jets of IAF as Pakistan claims and captured one IAF pilot

Actually, when you fence your border, your training manual limits your maneuverability and creates a mindset to defend. These changes and mindset affected the approach to fight. As now they were training to defend instead of attacking. To keep forces in a well-balanced shape it is very important to give them clear directions about their objective and time frame for that task.

This was not happening in Kashmir as the army was in aid of police with no time frame and serving political agenda. Now the Indian army is in Kashmir for decades and so much civilian dealing exposure creates civil bureaucratic tendencies and they act like rust on a fine blade. This also initiates abusive of power tendency and people also start developing deterrence.

The loss of capacity and mindset was also visible in the Kargil war, where India first rushed towards the USA to mediate and force Pakistan to withdraw its forces. Its absolute embarrassing for the military with twice the size of its adversary to request for mediation. Leaving the details of Kargil war today, we summarize it as India managed to get a face-saving.

Read more: Attempts at Defanging Pakistan: How World is Pushing Pakistan to a War

This whole episode revealed that the Indian defensive approach has started to show its true colors as India’s lack of capacity to expand this war to international borders and to hardly finish a limited war with a huge causality rate was an evidence of the mindset damage that we have discussed. Later in the 2000s, India brought a shift to its military strategy to engage Pakistan and it was set to offensive defensive and even this offense was through insurgencies (proxies) operating through Afghanistan.

And expecting the same sort of response from Pakistan kept its training and focus over CI Ops even today current Indian Army chief Gen. Rawat was selected by superseding two Generals because of its CI ops expertise. As by 2013 & 2014, Pakistan looked to cope with Indian proxies quite well as the latter came up with new sort of aggressive strategy of surgical strikes or limited war. But on 27th Feb’2019 the world witnessed that India Army wasn’t even prepared for a limited war.

If we look at Pakistan and its military strategy, we realize that things were pretty different In 1990s as India build up armed forces in Kashmir, Pakistan rushed to the USA for mediation and it was a sign that Pakistan didn’t believe in its military strength then. Pakistan didn’t fence its eastern border, it’s also a fact that they didn’t afford it then but they kept their training manuals ready for both defense and offense as well, unlike India.

If we look at the Kargil operation from Pakistan’s point of view, it didn’t end as expected, and it had loads of design flaws. But still, it reflected that Pakistan was ready for a limited time war, they were also mentally ready if India could take this war to international borders in response.

Pakistan didn’t narrow down its skills of military to fight certain type of wars, unlike India switching to CI Ops and defensive mindset

After 911 and to date Pakistan has been into extensive CI ops and they have added loads of additions in their training manuals like close quarter combat training and CI Ops training but not at the cost of losing the traditional skill of fighting a full-frontal war. Pakistan raised more units in paramilitary forces like FC (Frontier Corps) KPK and FC Baluchistan. They have not only increased their strength but also worked on their training as well. It’s mandatory for every officer to serve with FC for a certain tenure.

Pakistan didn’t bring FC into such a spotlight like RR. Pakistan did something opposite to India and that was merging Northern Light Infantry (NLI) into the regular army from paramilitary forces as it was defending the northeastern front of Pakistan. This reflected clearly that Pakistan wants to be on the defensive on the west and engage through paramilitary forces. And aggressive on the east through their regular army to not to narrow down the fighting skills of its mainstream army.

Pakistan also fenced its western border and still fencing it as a part of a defensive approach. Pakistan sent the army to west like Sawat and Waziristan for CI Ops but with clear objectives and time frames. The last skirmish that two countries had in Feb 2019 after a surgical strike by the Indian air force, Pakistan launched Operation swift retort and responded in broad daylight and downed two jets of IAF as Pakistan claims and captured one IAF pilot. This actually shows that Pakistan wasn’t deterred by India’s display of aggression. And by giving such a response, it was evident that Pakistan was also ready for escalation to any level.

Hence we can conclude through these events of the last thirty years that lot has changed from perceptions to reality for these two militaries. Pakistan didn’t narrow down its skills of the military to fight certain types of wars, unlike India switching to CI Ops and defensive mindset. India came to Kashmir and it is there with the mainstream army over 900,000 personal as of today and they have no time frame to exit from the valley making it a better version of police and an, unfortunately, lesser version of a skilled army.

Bilal Ahmed Shaikh is a Dy. Director Sukkar IBA University, Sukkar, Pakistan. The views expressed in this article are author,s own and do not necessarily reflect the editorial policy of Global Village Space.