Pakistan will retaliate to any adventurism from India: PM Khan 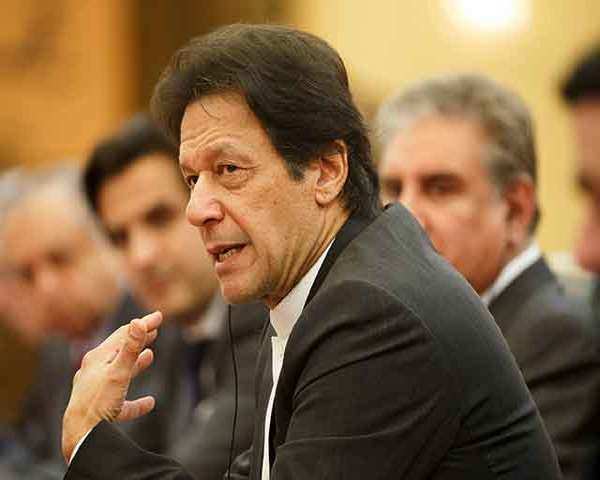 Prime Minister Imran Khan has offered India a joint investigation into the Pulwama attacks if India shares actionable intelligence with Pakistan. He said this while addressing today to give the policy statement over Pulwama attack. He said Pakistan has no incentives in being involved in incidents like these.

“What does Pakistan have to gain from these things? We were busy preparing for the Crown Prince’s arrival. What fool would want to ruin an event like that?” He said that Pakistan wants dialogue “We want things to settle down amicably. We can resolve this problem with dialogue.” the PM said.

After the suicide attack in Pulwama last week, which killed 44 military personnel in Indian Occupied Kashmir, the state of Pakistan was blamed for the attack by Indian government officials, its military leadership, and Twitterati/ social media users alike. Amidst much hostility, Indian military leaderships’ continuing rhetoric of a possible attack has grown stronger.

Read more: PM Imran Khan: Man who sacrifices his ego for his nation

“I assure you; Naya Pakistan is a new mindset”, PM Khan said.

PM Khan offered amicable solutions to the problem in his brief address “We do not wish to be hostile. Pakistan is on the road to peace and stability”. He expressed his severe displeasure on the Indian tendency to blame Pakistan for its failures without proof.

Shelter and food for everyone: PM Khan makes sure