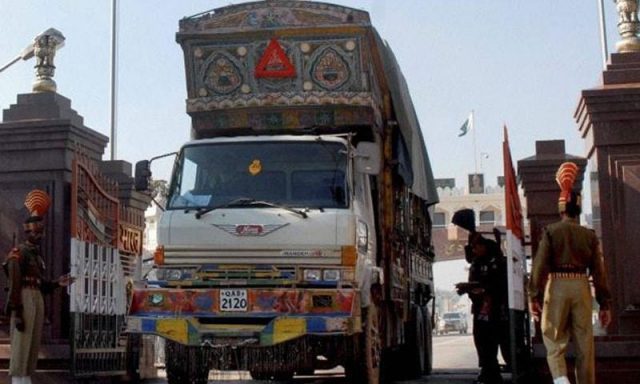 The Pakistan Bureau of Statistics (PBS) data shows that the country’s cement export value and volume rose during first eight months of the current FY 2018-2019, despite dwindling exports of cement to Afghanistan and India.

Pakistan’s cement industry earned foreign exchange revenues of $205.86m by exporting 4.83Mt of cement/clinker during the eight months of July 2018-February 2019, compared to $149.71m at 2.98Mt in the same period last year, according to the PBS.

This translates a year-over-year (YoY) growth of 37.5 percent in terms of value in a dollar and 61.9 percent in terms of volume, respectively. In terms of Pakistani rupees, the exports advanced 69.3 percent YoY during this period to Rs27.04bn ($193m). However, the value in US dollars fell from $50.18/t to $42.61/t in the reporting period.

Truckloads of cement, dates and some other items from Pakistan are languishing at the Attari border since February 16 when import duties were increased to 200 percent by India.

Local media sources say that exports have been shifting from Afghanistan with Pakistani producers shipping to other countries. Moreover, there is also a shift from cement to clinker as Pakistan gains the upper hand in terms of competition between clinker-exporting countries. Growth in exports is being reported with each passing month.

The other interesting market is India, which has never exactly granted game-changing market access to Pakistani cement in the first place and is itself a major cement manufacturer.

Even so, Pakistan has been selling over 0.5Mt of cement since 2008 which climbed to 1.2Mt in 2017 and 2018. This cement was going mainly to markets like Amritsar or Mumbai, where Pakistani cement is 10 percent cheaper. However, it is unlikely that after the recent political pressures, which ultimately impact economic relations, Pakistani cement will continue to find a market in India. Even if cement can reach some markets through the border, the 200 percent duty on Pakistani goods will make them entirely unviable.

Read more: Domestic cement demand falls by 13.73% but is expected to be…

Incidentally, the Indian tariff step seems to have boomeranged on India itself. Truckloads of cement, dates and some other items from Pakistan are languishing at the Attari border since February 16 when import duties were increased to 200 percent by India. Indian importers have paid for these goods mostly, but they find it impossible to take delivery because of the duty hike.

Will the stock market crash if Trump is impeached?