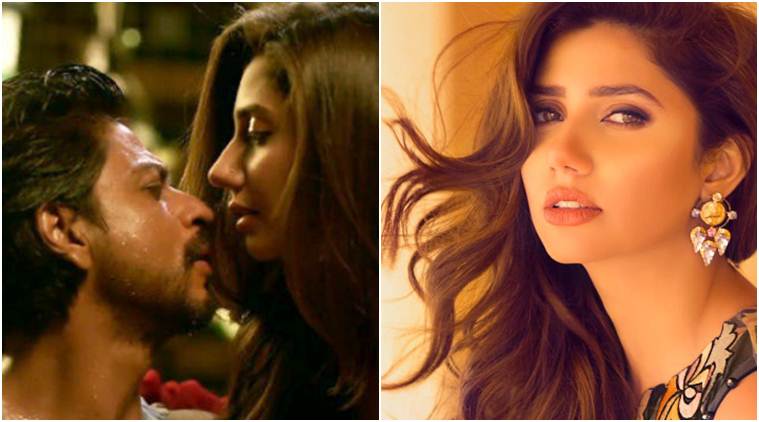 The Indian film, “Raees” is not being screened in Pakistan. The disappointment of film fans is understandable. Indian films are generally popular in Pakistan but “Raees” is exceptional because Pakistan’s emerging dynamic film actress, Mahira Khan, has performed with Shah Rukh Khan. It’s her first appearance with a celluloid god-like Shahrukh.

Many newspapers in Pakistan and across the world have commented that future of Pakistani cinema or films is dependent upon Indian film. While there are elements of truth in this assertion, the whole picture is much different and much more interesting than these superficial claims.

Five persons of the board, in Islamabad, who watched the movie, Raees, did not find it objectionable.

On Feb 7, 2017, the chairman of the Pakistan’s film censors announced that the country’s cinemas would not be permitted to screen the movie. “Yes, the censor certificate has not been issued to the film Raees for having inappropriate content,” Chairman Mubashir Hussain told the media.

Apparently it was Shah Rukh Khan being a Muslim bootlegger. How could a Muslim be bootlegger? apparently this was the rationale for their decision

Mubashir Hussain himself never divulged the reasons why the film had been banned. He also referred to media reports in Pakistani papers that plot of the film is objectionable because it shows Muslims in an unflattering light. Media stories point out that Shah Rukh Khan has been portrayed as a Muslim smuggler who wins elections from jail.

Dawn, a national newspaper, had earlier reported that the film’s “content undermines Islam … portraying Muslims as criminals, wanted persons and terrorists”. So is the reason the film had been banned?

Federal Government’s Censor board has created additional complexities. Boards in Punjab and Sindh had already cleared the movie. After 18th amendment, screening of films is a provincial subject

Off the record discussions with people familiar with the inner workings of the censor board, in Islamabad, however, reveal that in board it was a 5/7 decision in favor of the film. Five persons of the board, in Islamabad, who watched the movie, Raees, did not find it objectionable. However the two members – perhaps the disproportionately powerful members – thought that its offensive to Muslim image.

How could Muslims be bootleggers?

So what they found offensive? apparently, it was Shah Rukh Khan being a Muslim bootlegger. How could a Muslim be a bootlegger? apparently, this was the rationale for their decision. Perhaps the respectable members forgot that many bootleggers in Mumbai and all in Pakistan are Muslims.

Read more: Central Censor Board at odds with provincial bodies over Raees

Mandviwalla asserted that “its not true at all that revival of Pakistani cinema is due to Indian films”. Its only lack of research and lack of historical perspective on part of Pakistani media

Federal Government’s Censor board has created additional complexities. Boards in Punjab and Sindh had already cleared the movie. After 18th amendment, screening of films is a provincial subject and boards are theoretically independent. However provincial boards wait for the federal clearance to keep harmony. And now they will also not be issuing certificates & NOC’s for screening – raising interesting constitutional questions.

Indian films, are generally considered to be driving the revival of Pakistani cinema. However this is only part of the explanation. Other factors and policy decisions – especially regarding taxation – taken by the Musharraf government between 2001 and 2007 are actually responsible for the revival of the whole industry.

Nadeem Mandviwalla, Chairman Mandviwalla Entertainment, who was one of the person, Global Village spoke with, credited a little heard executive, “Gen. (read) Inayat for the turnaround of the film industry and cinemas in Pakistan. Mandviwalla asserted that “its not true at all that revival al of Pakistani cinema is due to Indian films”. Its only lack of research and lack of historical perspective on part of Pakistani media that a fallacious impression has been created and is being perpetuated worldwide that Pakistani cinema somehow owes its revival to Indian films.

Who was Gen. Inayat? What was his contribution?

Gen. Inayat, was MD National Film Development Corporation (NAFDEC) in 2001. Though a soldier all his life, he was a man of great understanding and vision. He was able to listen to the experts and understand the arguments – related to economics and taxation – advanced by the cinema owners and filmmakers in Pakistan.

Gen. Inayat, once he understood the underlying issues, worked hard in early part of 2001 to convince the governments, especially the provincial governments in Punjab and Sindh to do two things: One to waive off the almost 50% government taxes, then called ‘entertainment tax’; and Second, to remove the ceiling on the price of the cinema ticket.

Finance Bills in 2001 removed both crippling restrictions. Before these landmark decisions cost of cinema tickets were officially fixed around Rs. 30 or Rs. 40/ticket and most of that, almost 50% was collected by the governments in the form of entertainment tax.

Mandviwalla argues that these decisions provided the much-needed financial breathing space for the investors to invest in creating new cinema houses. However, the decisions took several years of absorption by the market to show the necessary confidence and turn around.

Because in 2001, Pakistani film industry had no films; since the VCR age starting from the late seventies and Pakistani censor control on western films that peaked in 1980’s most cinema houses were gradually converted into business and shopping plazas. If the decisions inspired by Gen. Inayat had been taken ten years earlier in 1990’s then the Pakistani cinema would have revived itself, in the next few years, without the jump start of the Indian films. But where do Indian films fit in all this?

But where do the Indian movies fit in?

Musharraf government in 2007, then took another far-reaching decision. It allowed the screening of foreign films, including those that starred the Indian actors. Musharraf and Shaukat Aziz, taking turns permitted the screening of two old gold classic Indian movies on Pakistan’s newly created digital screens. These were: Mughal-e-Azam and Noor Jehan. Both related to glorious Muslim history of India.

Indian films were then allowed by the Ministry of Culture – predecessor of today’s Ministry of Information & broadcasting – through a policy of case by case approval. India films then provided initial movie-goers to the newly created cineplexes that could charge high ticket prices and were not burdened by taxes.

Indian films in Pakistan are still part of the “foreign films” and are imported via the Dubai or London offices of the Indian production houses.

In the pre-VCR era, Pakistan, with a population of around 70-80 million, had around 800 plus old fashioned “stand alone film screens” Today country, of 200 million, still only boasts around 84 digital screens. However, the cineplex tickets can be as high as Rs. 500 to 600/ticket and there are no taxes.

Pakistan’s own film industry re-started slowly. It needed cinemas to reach out to the Pakistani film viewers, and by 2007 few good cinemas were again available. Musharraf government’s initiative of part-financing, Shoaib Mansoor’s “Khuda Kay Liye”, was an ice-breaker which was then followed slowly other movies like “Bol” which – focused on the plight of gays and population pressures – was financed by USAID.

By 2012 and 2013, Pakistan finally started coming up with its own new movies, with newer social ideas. It still only produced 23 movies in 2016 and is expected to produce around 30 movies. Cinemas need Indian movies to continue their revenue flows. Indian movies also provide a competitive atmosphere to Pakistani producers. Pakistan’s ban on Indian movies imposed after 1965 Indo-Pakistan war only worked against the Pakistani film industry. But distributors and the industry executives are not losing their sleep over the ban of “Raees”. Mandivalla is clear: “Process must continue, let the Indian movies come, on case by case basis”. Others are unanimous in asserting that more Indian movies will soon be screened.

Ban of “Raees” – though stupid and illogical – does not affect the industry and the process it supports. There are other issues more injurious – like the continuing availability of pirated video – that threaten Pakistan’s industry revival. Media and government need to work upon them.