Pakistani Armed Forces on Thursday, conducted a successful training launch of its new surface to surface ballistic missile, Ghaznavi, that can transport several kinds of warheads up to the range of 290 km. 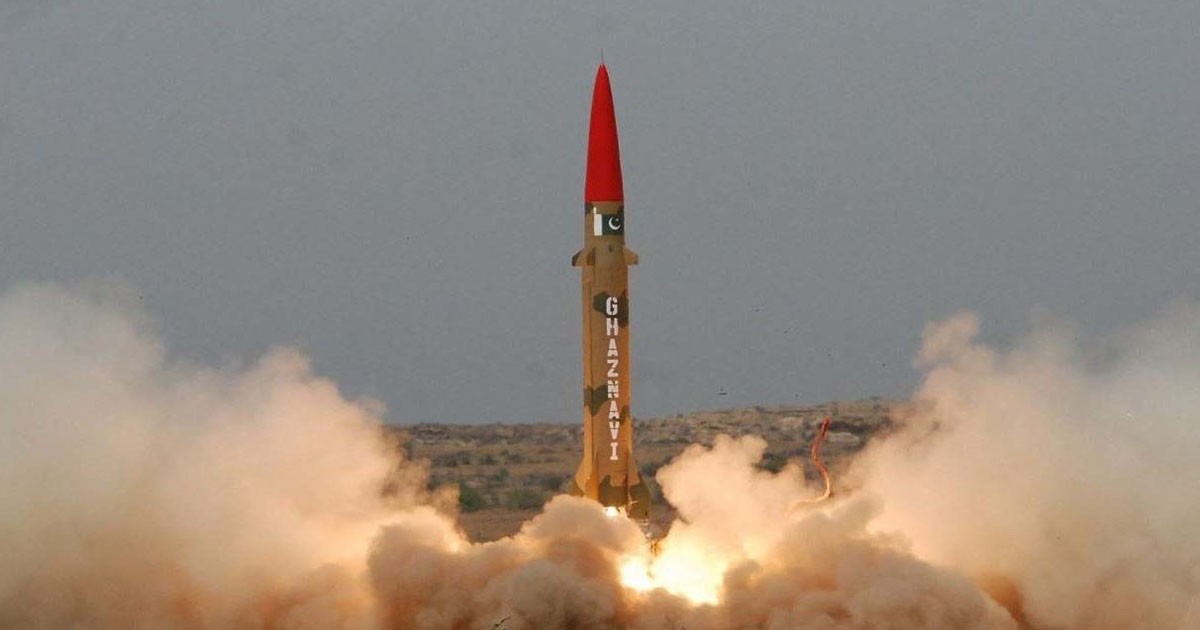 Pakistani Armed Forces on Thursday, conducted a successful training launch of its new surface to surface ballistic missile, Ghaznavi, that can transport several kinds of warheads, ranging from conventional to nuclear, to the maximum range of 290 kilometers, a press release issued by military’s media wing, ISPR said.

The ISPR statement to the media added that “the training launch was a part of Field Training Exercise of Army Strategic Forces Command with an aim to highlight its war readiness and operational superiority during day and night”.

He also expressed full confidence in the robust Strategic Command and Control System and the capability of Strategic Forces. The President, Prime Minister of Pakistan, Chairman Joint Chiefs of Staff Committee and Services Chiefs have congratulated the nation on this landmark achievement.

Ghaznavi, codenamed Hatf-III is a surafce to surface, nuclear capable short range ballistic missile designed and developed by National Defence Complex (NDC), with its first version in service of Pakistan Army since 2004. The missile was named after the 11th century Muslim Turkic conqueror “Mahmud of Ghazni” who invaded and conquered India.

#PakistanArmy’s strategic forces conducted a successful training launch of the 290-kilometre range #ghaznavi ballistic missile #ISPR
The missile is capable of delivering conventional or nuclear warheads and the training launch was part of a field training exercise.

Ghaznavi can carry up to 700 kilos maximum to its said range. Ghaznavi, if equipped with terminal guidance, however, can increase its accuracy to 50 m CEP. It uses a single-stage solid propellant engine.

Ditch Anti-Pakistan Agenda if you want Pakistan Working for You: Govt to PTM

Indian attempts to build tensions at LOC: What is Modi up to now?