It is only possible in Pakistan that a poor nation can field a relatively modern fighter for a very low price. The JF-17 in February 2019 skirmish showed its performance against Indian Airforce. But what makes it better than America's stealth aircraft F-35. 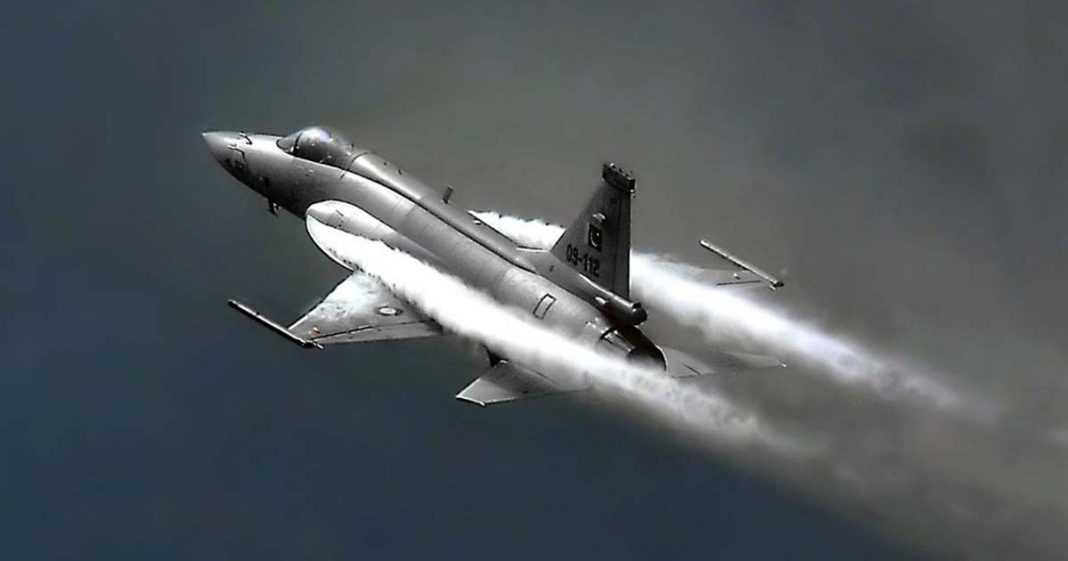 With one of the lowest defence budget Pakistan has managed to build its modern military equipment. JF-17 Thunder is the hallmark of the defense production of Pakistan. Its friend China has transferred the technology to Pakistan, yet the South Asian nation has managed to add advanced features into its locally assembled JF-17 block II and block III. The Pakistani JF-17 has one big advantage over its competitors.

The largest advantage of the JF-17 is its cost. At only 15 million USD per plane in its most basic configuration, the JF-17 is far cheaper than any of its competitors, even used ones.

Block II JF-17s cost around 16 million, slightly higher than Block I. Myanmar has bought Block II for only 16 million per unit. This has been the key to the JF-17’s export success.

JF-17 “Thunder” multirole fighter is considered one of the most successful aerospace exports. However, it took years for its development even involving the Americans at some points.

Design wise, it’s a fusion of the MiG-21 and the F-16 Fighting Falcon. The most recent blocks of the JF-17 have introduced advanced capabilities that nominally put it on par with designs twenty years its senior. But how exactly did the United States help in creating the JF-17? Does the ancient airframe hold it back, or can it be worked around?

The JF-17 evolved out of a series of projects to produce an upgrade for the Pakistani Air Force’s fleet of Chengdu Aircraft Corporation (CAC) J-7 fighters.

Pakistan was one of the primary facilitators of U.S. aid to the anti-Soviet Afghan Mujaheddin and the United States was willing to provide aid to Pakistan in other defense sectors.

Pakistan knew the Soviets were preparing to field their next generation lightweight fighter; the MiG-29. Therefore, it wanted an aircraft that could counter it.

This resulted in Project Sabre II, an attempt to modernize the J-7s conducted by CAC and Grumman. The original iteration of Sabre II only stretched the fuselage of the J-7, redesigned the control surfaces, and changed the location and size of the air intakes. However, the Sabre II could not match the performance of the MiG-29 with this configuration, so Project Sabre II was canned.

Then cam the “Super 7” project. This time the wingspan of the aircraft was increased and formed into a similar configuration to the F-16 in addition to the prior aerodynamic changes. Grumman pulled out of the Super 7 project in 1989 due to Tiananmen Square crisis.

It took ten years of negotiations between Pakistan and China to reach a conclusion. A feasibility study to see if future development would be fruitful was commissioned in 1992 and a memorandum was signed.

In 1998 China and Pakistan recommenced serious development of the Super 7.

Paksitani governemnt and CAC decided to split cost in 50-50. This time the aircraft would be called JF-17.

The fighter needed a new engine because the Grumman had dropped. A solution was found in the Russian Mikoyan design bureau, which offered the Klimov RD-93 powerplant. It was originally designed for the canceled MiG-33 fighter jet. The RD-93 was an advanced version of the RD-33 used on the MiG-29.

Another key innovation that occurred during the development process was the inclusion of diverterless supersonic intakes (DSI) on the JF-17 design. In 2003 the first prototype took to the air. By 2006 the JF-17 was finalized and ready to enter serial production. It was formally adopted in 2007. The first fully Pakistani-manufactured JF-17 was created in 2008.

The JF-17’s designers have proven adept at keeping up with the times following its entry into service.

The initial run of fighters for Pakistan have been referred to as Block I JF-17s. Block II JF-17s introduced a multitude of new capabilities and upgrades, including composites in the airframe for reduced weight, air to air refueling, a full fly-by-wire system, and a better radar.

China offered to replace the Russian RD-93s with their own WS-13 in Block II JF-17s, but Pakistan opted to stick with the Russian engine.

For the Block III, China hopes to add an AESA radar to the JF-17 and further improve the avionics and weapons compatibility of the JF-17.

The standard JF-17 incorporates the MIL-STD-1760 databus in some implementations which allows compatibility with Western and Eastern weapons.