The march aims to show solidarity with Kashmiri people and journalists 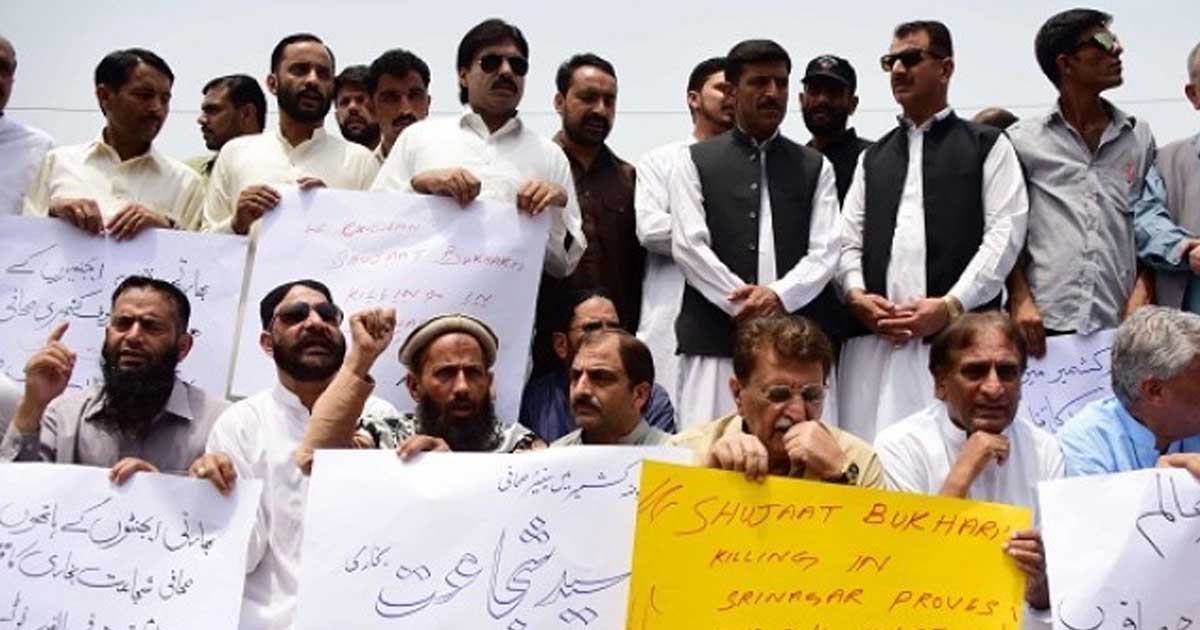 Hundreds of journalists from across the country reached Muzaffarabad, capital of Pakistan administered Kashmir, on Friday evening where the local Kashmiri journalists joined them to march to the LoC.

The march started from Central Press Club Muzaffarabad with the participants carrying two truckloads of medicines and dry ration to pass them on to the Indian forces for aid of people in Jammu and Kashmir, state-run Radio Pakistan reported.

The Pakistan Federal Union of Journalists (PFUJ), a national body of Pakistani journalists, has organized the rally to condemn the Indian government’s move on Kashmir, which imposed restrictions on media and locked down the valley.

“This is the first solidarity rally of any journalists body in the world to show solidarity with families of martyred journalists, media persons, after restrictions were imposed on media and innocent people were killed by occupation forces in Kashmir”, Iftikhar Mashwani, Vice President of PFUJ earlier said in a statement.

He added that they want to draw the attention of the international community and world human rights bodies to take notice of current deteriorated situation in Kashmir.

The demonstrators raised placards with inscribed slogans against the Indian government’s Kashmir move and restrictions imposed against the media in Kashmir.

Earlier, the rally had began from northeastern city of Lahore and arrived in Islamabad on Friday evening. Later, the journalists departed for Muzaffarabad.

According to Human Rights Watch, the Indian authorities on Aug. 5 shut down all form of communication in the valley including internet, cellphones and landlines while the government also imposed broad restrictions on freedom of movement and banned public meetings.

From 1954 until Aug. 5, 2019, Jammu and Kashmir had special status under Indian constitution that allowed it to enact its own laws. The special provisions also protected the region’s citizenship law, which barred outsiders from settling in and owning land, to preserve its distinct religious, cultural and ethnic identity.

Read more: India is living in fool’s paradise if it thinks it can win: President Arif Alvi

Some Kashmiri groups in Jammu and Kashmir have been fighting against Indian rule for independence or for unification with neighboring Pakistan.