Pakistani Leaders Love For Hospitals Grows: Their Only Way Out

The NAB has shifted the former premier to the hospital where the initial medical report revealed that he is suffering from Hernia and gallbladder stones. Nawaz, Zardari and Khursheed Shah have already been shifted to hospitals. 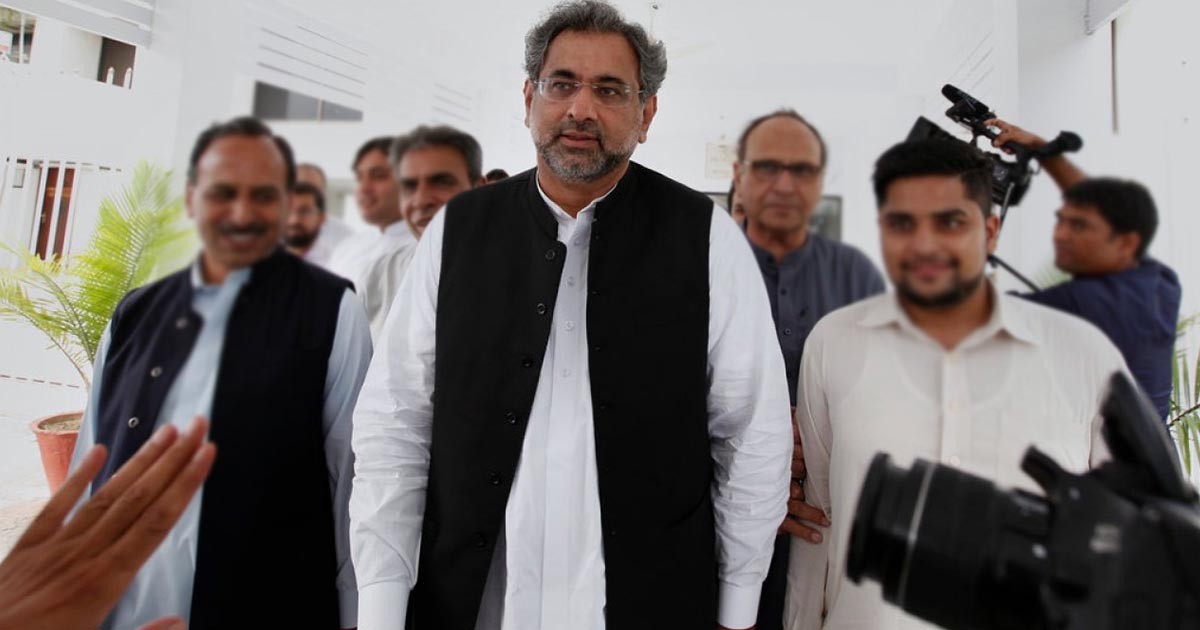 Shahid Khaqan Abbasi, Vice-President of Pakistan Muslim League-Nawaz (PML-N) and former Prime Minister, is suffering from Hernia and gallbladder stones. The initial medical report of the former premier was revealed on Monday.

He has been admitted to the hospital where currently he is being treated for hypertension. A cardiac surgeon checked him after examining his blood pressure.

Doctors treating ex-premier told media that he also suffered from excessive cholesterol 4 years ago. His Hernia surgery would be conducted on November 7 but doctors have cautioned that prior to any kind of surgery, blood pressure of the patient should be in the normal range.

The NAB arrested the former Premier in a multi-billion-rupee case related to the award of a liquefied natural gas (LNG) import contract.

It is worth noting here that the Pakistan Peoples’ Party (PPP) senior leader Syed Khursheed Shah was also admitted to hospital in Sukkur on Sunday. Media reports suggest that the PPP leader is not feeling well and likely to remain in the hospital.

On September 19, NAB had arrested PPP senior leader Syed Khursheed Shah in a case pertaining to assets beyond income source.

The inquiry against Khursheed Shah was initiated on August 7. The PPP leader is accused of illegally registering an empty plot in his name for a bungalow in Cooperative Society. The PPP leader had also allotted to himself an amnesty plot illegally from a cooperative society in Sukkur.

It is also important to recall that NAB has decided to open Steel Mills Regularization case inquiry against Mr. Shah just a week ago. “Shah has opened as many as 105 banks accounts under his and family members name in Karachi, Sukkur and other cities”, NAB sources had claimed.

Nawaz Sharif and Asif Ali Zardari have already been admitted to hospitals in Lahore and Islamabad respectively. The health conditions of both leaders are uncertain. However, these developments also have a political aspect which needs careful attention and proper understanding of the matter.

Political commentators who spoke to GVS believe that while Nawaz may be genuinely sick, the impression is growing of a deal to create a sympathetic atmosphere in which he can be allowed to leave for London while cases against remain pending in courts. Those who suspect a deal point towards the past. If the history of Pakistan is anything to go by, then reports of a deal might as well be true.

No politically powerful person in Pakistan’s history has ever been punished in a court of law in a corruption case; convictions even if obtained in lower courts are almost always overturned by superior courts. The system simply does not have the will to punish powerful people– they argue.  In this case, powerful sections of media, doctors and other actors active behind the scenes may be making a case to pressurize Prime Minister Imran Khan to let Nawaz go to London under a medical emergency, its being said.

Interestingly, in Pakistan’s politics, the ailment has become a new political tool to seek public sympathy and avoid all sort of inquiries and tough questions. From Dr. Asim to the former finance minister Ishaq Dar everyone used ailment card to avoid courts and to get public sympathy. It is considered an easy task to blackmail the simple-minded people on emotional grounds.

Khurshid Shah is going to develop

And all this because of #NAB PRESSURE.— Mir Mohammad Alikhan (@MirMAKOfficial) September 19, 2019

These are not the first instances that the opposition parties are using ‘illness’ to seek political concessions. In Pakistan, it has become a trend that influential people fall ill when they are arrested due to some illegal activities. Chief Justice of Pakistan Justice Asif Saeed Khosa has once asked how everyone who was arrested by NAB fell ill and remarked that NAB should construct a state-of-the-art hospital to treat those people.

He further said that some people were exploiting the law that allows prisoners with health problems to be transferred to a hospital. “It has become a regular practice,” he claimed. “Medical boards grant favours to people accused of crimes.” Justice Khosa was hearing Sharjeel Inam bail application on December 2017.