Pakistani & other foreign workers to lose jobs in Gulf

Workers from Pakistan in the Gulf region makes a considerable percentage of the overall working class employed in the region. The recent lock-down in countries like Qatar and Saudi Arabia due to the coronavirus fear, has immensely endangered the jobs of these migrant workers and if the crisis persists, they may return to their native countries anytime soon. 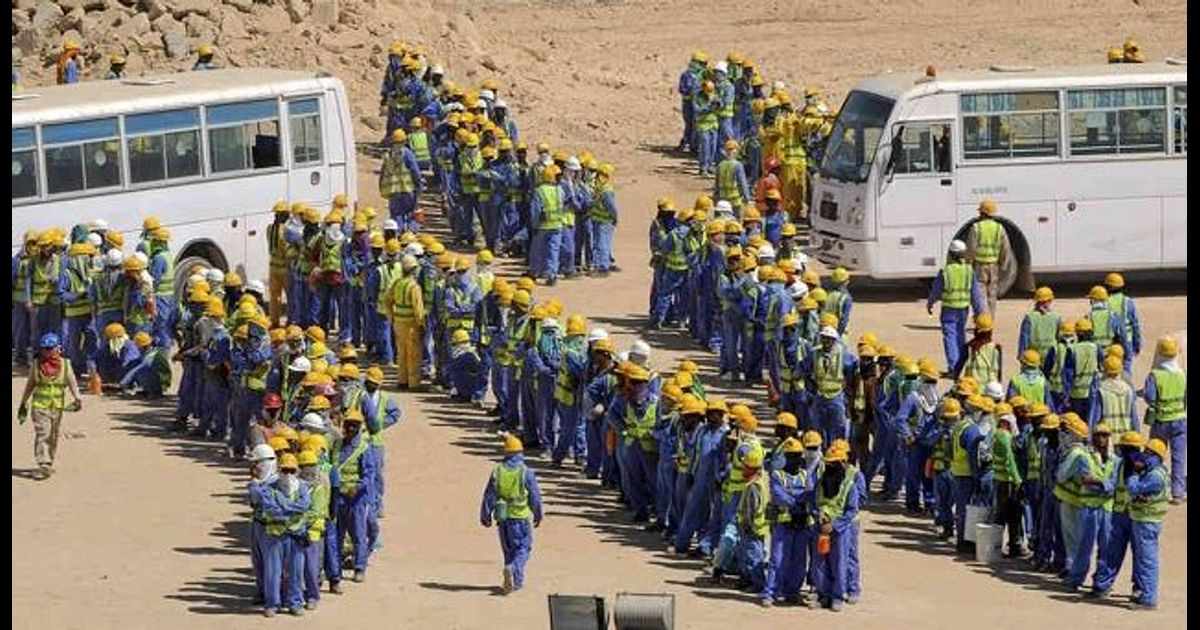 Millions of migrant workers across the Gulf face uncertainty as host countries lockdown, employers withhold wages or mull redundancies, and strict coronavirus containment measures lead to deportations and confinement.
“We’ve been in lockdown for the last eight to 10 days, we don’t know when it will end,” said a 27-year-old Pakistani engineer in Qatar beginning a second week under mandatory quarantine.

“The basic issue we are facing now is groceries. The government is providing us with food but only after some days — and little things only.”

He is among tens of thousands of workers strictly confined to Doha’s Industrial Area after dozens in the blue-collar district tested positive for the COVID-19 virus.

Advocacy groups including Human Rights Watch (HRW) and Amnesty warn that cramped accommodation and inadequate sanitation endanger migrant workers across the Gulf, who may not have access to healthcare.

They also face salaries going unpaid and arbitrary dismissal or deportation — an outcome that could spell disaster for families at home dependent on their income.

“Gulf countries should go above and beyond in introducing measures to prevent the spread of the virus in migrant accommodations and migrant detention centres.”

With the region so far reporting 3,200 cases of the disease, Amnesty said that workers “trapped in camps” are particularly vulnerable, enduring conditions that make social distancing impossible.

Some laborers in Saudi Arabia, home to 10 million expat workers, complain that they are required by bosses to work while Saudis are permitted paid quarantine leave. #coronavirus https://t.co/7AfPPkUI97— Rappler (@rapplerdotcom) March 30, 2020

Foreign workers in the oil-rich Gulf region, predominantly from Bangladesh, India, Nepal and Pakistan, account for around 10 percent of all migrants worldwide.

Many who spoke to AFP say they now fear for their health and job security.

Some labourers in Saudi Arabia, home to 10 million expat workers, complained that they were required by bosses to work while Saudis were permitted paid quarantine leave.

One said he was told to accept unpaid leave if he felt unwell, but opted to continue working.

“Many workers in the private sector are suffering due to the closure of most sectors, as many owners force the workers to sit in their homes without a salary,” an Arab diplomat based in Riyadh told AFP.

Read more: We are failing to fight Coronavirus with true spirit

“And despite the kingdom’s compensation to the private sector, the owners use it to cover their losses due to the closure without caring for the workers.”

After Saudi Arabia, the UAE hosts the Gulf’s second-largest migrant labour force with 8.7 million, followed by Kuwait with 2.8 million.

In Kuwait, Um Sabrine, an Egyptian beauty salon manager, said she would not be paid because of the government’s closure of non-essential businesses.

While she plans to sue her employer, many in the region are reluctant to speak out for fear of reprisals. Others believe the health situation is worse in their home countries.

Gas-rich Qatar’s record on migrant labour has been under the spotlight since it won the right to host the 2022 World Cup, with seven new football stadiums as well as towering skyscrapers to be built by an army of foreign workers.

Ninety percent of Qatar’s 2.75 million people are expats. Many are from developing countries and working on projects linked to the tournament — stadium construction has continued even as other businesses have shuttered.

Rights groups have previously criticised labour practices in Qatar, which has responded with initiatives to enhance worker welfare. But the lockdown of the densely populated Industrial Area has drawn scrutiny.

“They identified a ground-zero and it was very easy for them to shut it down quickly,” said one Western diplomat.

“Would they have done it if it had been somewhere in the Pearl? I don’t know,” she added, referring to an artificial island popular with wealthy expatriates.

Qatari officials insisted last week’s sealing of the area, now ringed by police, was essential to save lives. They also say they have flooded the area with medical resources and pledged to pay missed salaries.

The International Labour Organization’s Doha office said several employers had transferred staff to more spacious lodgings over fears cramped conditions could incubate the virus, while others have improved hygiene.

A Sri Lankan supermarket worker, 23, said his communal villa was sanitised and cleaned in response to COVID-19, but anxiety persisted.

“I’m homesick — my mother keeps asking me to come back.”

One Turkish salesman, 49, told AFP he was self-isolating as a precaution and was on unpaid leave.

“I’m scared to get infected,” said the man who, like many Gulf expats, is ineligible for sick pay.

At least 20 Nepalese migrant labourers were deported by Qatar for ignoring containment rules, Nepalese officials told AFP, even though Kathmandu has sought to block returnees.

The ILO questioned how long companies could continue paying workers as the crisis continues, chilling Gulf economies which have been blindsided by the plunge in oil prices.

Mass redundancies, avoided so far, would do huge economic damage to countries sending labour to the region, said the head of the ILO’s Qatar office, Houtan Homayounpour.

“The impact is disastrous.”

With technological advances threats of hacking US increased tenfold