Pakistani women and the bottom of the table 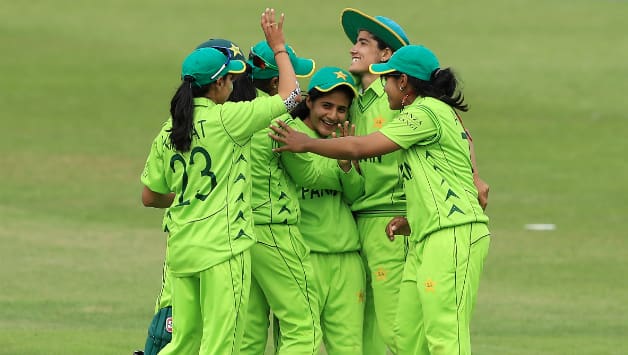 The Pakistani women team went into the world cup with their heads held high. They played the warm up games and won one, but in group matches, a streak of losses commenced and they ended up at the bottom of the table.

The women team is a very capable as they have proven themselves from time to time but in this world cup, they proved their unpredictability. Unfortunately, the women in green are nowhere near holding the cup in their hands anytime soon.

Perhaps it was the overconfidence or the pressure which can be held responsible for the poor performance. They only have one match left against the Srilankan team who just like the women in green have not been successful in gaining a single point on the table but still have managed to stay on top of the Pakistani team due to their higher net run rate. The “final” match will take place on Saturday where both teams will fight out to see who has at least one win in this year’s women’s world cup and who will go home with some dignity intact.

In the first game against South Africa, the opposition edged to a three-wicket win over Pakistan in a thrilling Women’s World Cup clash in Leicester. Pakistan set 207 to win. South Africa appeared to be cruising to their target as Lizelle Lee (60) and Laura Wolvaardt (52) both scored the fifties in an 113-run opening stand. However, this became exciting as South Africa were 7 down with 30 required from 30. South Africa won but Pakistan’s performance was much better than that in later matches.

“There is a lot to look forward to as far as this team is concerned. As we have shown during this tournament, this team has an excellent mix of youth and experience but what is really impressive are the capabilities of some of our youngsters. In that context, I would like to mention players like Nashra Sandhu and Diana Baig who I believe are big positives for us in this tournament. In addition, we also have Ayesha Zafar who recently scored a fifty against England and has already shown great promise though I do feel that she needs to display more consistency in future. In fact, all the youngsters have put in excellent performances and represent great positives for us.”

The second match was the worst for the green team in which it faced England. Centuries from Nat Sciver and Heather Knight steered England to their highest ever World Cup total as they hammered Pakistan in a game cut short by rain at Leicester with Pakistan only managing a 107 before rain prevented the fall of any more wickets.

Then came the much-anticipated game against India. After restricting India to a chase-able total of 170, Pakistan crumbled. It was an overwhelming victory for the Indians set up by the bowlers after the batswomen failed to deliver on a tough batting pitch. Despite an excellent show of bowling from Pakistani bowlers, the dismal batting performance became the reason for this loss. This was their best chance to upset India and they let it slip away.

“Pakistan has always been a fighting team when they are playing against anyone, but I think everyone thinks West Indies is a team they want to beat. They all come out hard against us.” Taylor (West Indies captain)

With morale incredibly low, they played against the Aussies. Australia notched 290/8 in 50 overs against Pakistan. In reply, Pakistan was all out for 131. This was followed by the Kiwis capitalizing on the next match using Pakistan’s low morale to defeat it by eight wickets. The West Indies beat Pakistan by 19 runs (DLS) to record their second win in the ICC Women’s World Cup leaving Pakistan still without any points on the table.

Now it is up to the Pakistani team in their final match to show that they at least can do something rather than just remain at the bottom of the table. The team will require a serious morale booster in order for them to finish on a high note.

Previous articleThe causes of the French Revolution: Comparison with Aristotle’s theory of Revolution
Next articleMiddle Class: Its economic prosperity, a myth or reality?

21 September 2021
Previous articleThe causes of the French Revolution: Comparison with Aristotle’s theory of Revolution
Next articleMiddle Class: Its economic prosperity, a myth or reality?

CPEC will not stir up Indo-Pak Trouble, says China

Pakistan and the Strategic Chessboard in 2017