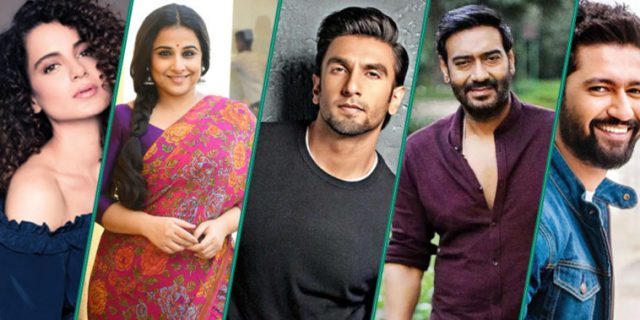 Pakistani actor Armeena Khan reproached Bollywood’s Priyanka Chopra for propagating Indian aggression and war when she herself is a United Nation’s Goodwill ambassador.

Armeena Khan took to Twitter and bashed Chopra for being a hypocrite. She quoting her tweet stated, “WHAT?!!! But aren’t you supposed to be a Good Will ambassador for @UNICEF? Screenshot this everyone and next time she speaks up for peace and goodwill. Let’s remind her of this hypocrisy.”

WHAT?!!! But aren’t you supposed to be a Good Will ambassador for @UNICEF? Screen shot this everyone and next time she speaks up for peace and goodwill. Let’s remind her of this hypocrisy. https://t.co/Jew88bMtYv— Armeena 🦋 (@ArmeenaRK) February 26, 2019

Many other Bollywood celebrities were also seen praising the warmongering mindset of Indian government after Indian Air Force’s yesterday’s violation of Pakistan’s airspace on LoC Kashmir.

Read more: Fawad Chaudhry says no Indian movie will be released in Pakistan

Bollywood actor Ajay Devgn who earlier announced to cancel the release of his upcoming movie ‘Total Dhamaal’ in Pakistan in the aftermath of Pulwama attack, yesterday came to Twitter and cheered Indian Air Force for their aggressive move.

He tweeted, “Mess with the best, die like the rest. Salute #IndianAirForce.@narendramodi.”

Hello India Hello salman Khan your proud #IAF is under arrest of Pakistan. We told you don’t mess with us. Proud of you PAF. Pakistan 🇵🇰 Zindabad pic.twitter.com/19Y50gA5iE

They were bashed for advocating war and destruction over humanity and peace. The Pakistani celebrities, however, advocated peace and restraint in the time of escalated tensions between the two countries.

War was not the answer yesterday. War is not the answer today. Destabilization in this region fulfills the purpose of outside parties not of our own. Think! They want to keep us fighting amongst ourselves so we dont concentrate on the issues that matter. #SayNoToWar

“There can be NO winners in war if we value Human Life at all.“
Christopher Holliday.
It’s time we understand this as humans.The media needs to take charge & stop being provocative. It’s our duty to inculcate peace & use our words for better & not worse.
Praying for peace always!— MAWRA HOCANE (Hussain) (@MawraHocane) February 26, 2019

War is no victory for anyone – end of the day only human lives are lost no matter which side you belong to ‼️— Hareem Farooq (@FarooqHareem) February 26, 2019

There is nothing uglier than people cheering for war.

Can Indians stop embarrassing themselves? Salman khan who runs Being Human preaches world about peace, is appreciating army for attacks. Nawazuddin who himself played Manto is glorifying war & Ajay devgan who makes 8yo jokes, bans his movies in our favour thinks it’s our loss wow— Izma. (@IzmaSiddiqi) February 26, 2019

Wife of the second Indian pilot speaks to media