Pakistanis must learn the limits of military led counter-terrorism 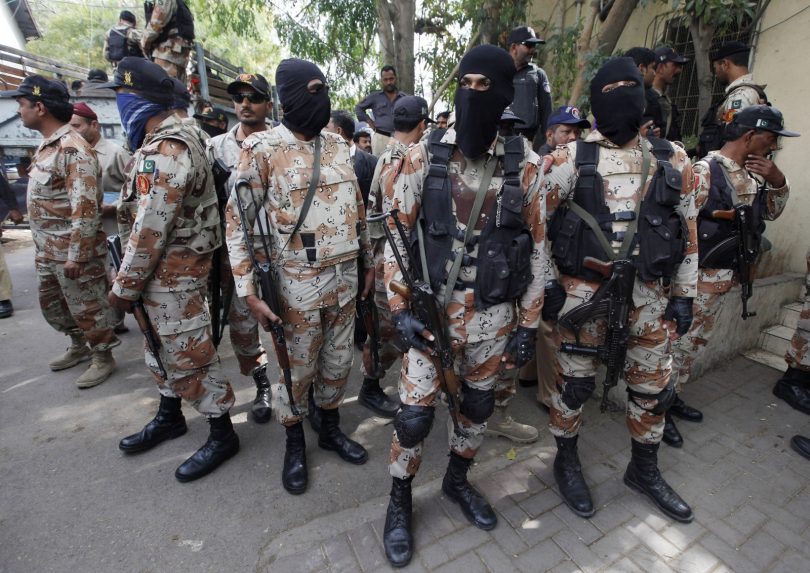 Back to square one: terrorism has ‘reared again.’ There is a general unease about inaction by the army in the general populace and social media is trending with despairing tweets urging the former army Chief General Raheel Sharif to return to nip the violent monster in the bud.

The inference is obvious, that is, the resurgence in violence has a nexus with the change in army’s command, implying possibly that the new army chief – General Qamar Javed Bajwa – is less assertive if not less concerned about the raging perpetrations by non-state actors.  Given the traditional primacy of the army in national security affairs, the prevailing mindset is indeed not without rational. The reality is however complex and different.

read more: Will ‘Raadul-Fasaad’ complete the unfinished agenda of Raheel Sharif in Punjab?

Given traditional primacy of the army in national security affairs, the prevailing concerned mindset about what it is doing or not, is not without reason

Ever since Pakistan’s participation in the so- called war on terror, the country has solely relied on a warfare approach to deal with terrorism. Operation Zarb-e-Azb was able to turn the tide, and seemingly restored calm. This is evident from a dramatic decrease in the incidence of violence in the country since 2015.

During this time, the civil leadership in the country also evolved two important strategic documents – National Internal Security Policy (NISP), and the National Action Plan (NAP), the latter conceived following massacre of school children at Peshawar in December 2014. The former was a continuation of a prior effort legislating the establishment of NACTA. Both of these articulations were legitimatized by the country’s legislative bodies. NAP was an extra-parliament development conceived under an all parties conference.

Why has the blood letting resurfaced in Pakistan?

All of it sounded cozy to the citizenry, and especially so when the military was ‘winning.’ If that were the case, the conditions that were created by Zarb-e-Azb under the command of General Sharif should have persisted.

Why then has the bloodletting resurfaced in the first place and with remarkable intensity, and why is there the wider perception about the army’s conceding its predominant role in its hitherto full blown prosecution of national counter-terrorism effort.

Two aspects warrant attention; first, the reduction in violence which was misconstrued as a victory, is historically not a reliable indicator of terrorism waning, let alone the decimation of perpetrator groups. Thus an uninformed sense of security was created, which resulted in the relaxing of guards specifically in the civil sphere.

Secondly, objectivity reveals that the army is continually committed, as it was previously, and is still playing a leading role in supporting intelligence based operations throughout the country, within its capacity, and has not altered in direction and scale.

read more: Expanded remit of military operations in Punjab, no decision on PSL yet

Has the military reached limitation over what it can do

Why has the bloodletting resurfaced with remarkable intensity, and why is there this wider perception about the army’s conceding its predominant role in the hitherto full blown prosecution of national counter terrorism effort.

Significantly, where the realization is not understood is that the military system has some inherent limitations. It has reached its organizational and kinetic threshold, and cannot do beyond what it has already achieved. The military instrument by virtue of its structural implications is otherwise unsuited to undertake operations in hinterland. Radd-ul-Fasaad will validate this assertion.

Civilian leadership has failed to take mantle of counter-terrorism

Nonetheless, not only has this fact has not been reconciled with; popular expectations continue to consider the armed forces as its savior to counter terrorism. The corresponding need for an expanded role of civilian government and the bureaucracy, has not been forthcoming, indeed has dismally failed to creatively and perpetually engage with the remaining and broader segment of the actions that were required.

This would entail an array of political, legal, religious, cultural and socioeconomic measures needed to exploit the gains that had been made under zarb-e-azb, in order to contain the spate of violent extremism and prevention of incubation spaces to terrorists. More importantly, the pervasive mindset embedded in social structures and competing doctrinal landscapes in Pakistan, which is susceptible to inimical ideologies, has yet not been targeted.

military has reached its organizational and kinetic threshold, and cannot do beyond what it has already achieved.

For instance, the statecraft is totally lacking in the use of diplomacy for forging international cooperation to further the country’s stability. The role of foreign office is nigh absent for example, in developing mutually inclusive relationship with Afghanistan for joint operations else in formalizing parameters for hot pursuits, beyond the artillery shoots, which is direly warranted in the prevailing conditions.

The military being characteristically a coercive instrument, does not possess the diplomatic acumen to materialize aspects of foreign policy. Public diplomacy likewise requires articulation of a coherent, plausible and professionally devised narrative to challenge the militants’ radicalizing appeals, that has not  happened.

read more: Where is the Pakistani government and what exactly is it doing…

No understanding of what is driving the terrorism even now

But, what is even more of concern is that there is no understanding that home-grown expertise needs to be developed drawing upon scientific knowledge, to address the menacing inspirations for these radicalized perpetrators of violence. In fact, the extremists’ clout has been aided by the government, enabling them to further encroach the public space, when the government has refused to equivalate sectarian and terror groups, with the former being declared by one of the key ministers, Chaudhury Nisar, as non-terrorist.

The military being characteristically a coercive instrument, does not possess the diplomatic acumen to materialize aspects of foreign policy.

Furthermore, the NAP which was more of a checklist than a wholesome strategy has gradually worn down more so due to realpolitik undermining it. Besides, it should have been considered a temporary measure, which it was given its out-of-parliament profile; to the contrary, it has been perceived as the panacea for all ills besetting Pakistan.

There was and has not been a sense of urgency among political elites to address the root causes of terrorism, which is essentially a long term commitment. Ironically, instead of inspiring reflection and self-correction, the Justice Isa Inquiry Report was subjected to aggressive charges by the government ministers, whose policy and cerebral inadequacies it has highlighted.

The basic question is can we liquidate and diminish terrorism and extremism from Pakistan. Indeed, we can bring the rebel violence to under acceptable levels, because it is unlikely to subside any time soon.  Nevertheless, the militaries are not designed to deal with such ‘disease’ which is wholly a social phenomenon, and requires addressal in the public arena.

A starting point should be recourse to NISP, which despite some of its snags, can provide a guiding framework to develop a comprehensive counter terrorism strategy based more broadly on dealing with non-military aspects of the threat. It implies broadening the existing response approaches i.e., by shifting away from purely military injunctions to a largely civil led law enforcement articulation, with ‘prevention’ becoming a heightened priority through the application of non-lethal soft power innovations.

Along the path, a host of measures – argumentation, engagement, persuasion, counter/de-radicalization, development, emancipation etc – will need to be instituted through NACTA coupled with the cooption of other ministries including the civil society, academia, clergy, intellectuals, poets, activists, media, experts and entertainment industry.

The habit of customary reliance on the military for any and all eventualities has led to embedding higher expectations from this institution among the masses. This attitudinal demeanour is dangerous, and is prone to spawn aggressive tendencies if frustration is allowed to breed.

Now when the military is readjusting, so it appears, to democratic imperatives, political leadership should come forward to reclaim its writ though a wholesome and result oriented governance commitment among other things, to arrest violent persuasions in the society while retaining the military as an instrument of last resort only. In any way, reactive response to acts of terrorism is transitory and hence unlikely to yield any meaningful results.

Muhammad Feyyaz teaches research methodology, peace and conflict and terrorism studies, at the University of Management and Technology, Lahore and can be contacted at faizy68@googlemail.com and tweets @faizy681.

Previous articleExpanded remit of military operations in Punjab, no decision on PSL yet
Next articleBollywood: Actress Parineeti Chopra is a certified Scuba Diver now!

18 June 2021
Previous articleExpanded remit of military operations in Punjab, no decision on PSL yet
Next articleBollywood: Actress Parineeti Chopra is a certified Scuba Diver now!

Alice Wells ‘not so important’ visit to Pakistan

India is due to choose ICJ Judge nominee soon: Is this important?