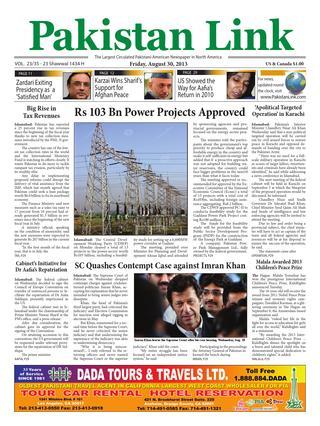 As we celebrate our 71st Independence day with a feeling of much greater hope and renewed vigour as a new administration takes over under Imran’s leadership, here’s something from 14th August, 1944, three years before Independence to the day.

On 14th August 1944, 3 years before Pakistan, a young, passionate supporter of Pakistan, then 23 year old, Lt. S.G. Mehdi (our father) of 1/15 Punjab Regiment, writes to our great Quaid e Azam on his Regiment’s letterhead, completely unafraid of the disciplinary consequences of writing openly to a political leader in British India.

The letter is in Urdu but even today quickens the pulse and the heart as we experience young Mehdi’s raw emotion as he bares his heart out to the Quaid praying for the establishment of Pakistan.

Read more: A time for reconciliation and rebuilding – Haider Mehdi

Such was this great hope, emotions and expectations about Pakistan in those days and such is our hope and expectations as we restart our journey and as Imran said “Inshallah this country will rise and one day fulfill its great potential. I see great times ahead”.

I have often wondered how our father felt when he wrote those words, 74 years ago in 1944, as a young 23 year old, filled with hopes for Pakistan!

I think I do now. At 2:40 am on Monday, 13th August (also our 37th wedding anniversary as well), I sat in front of the TV in Toronto, Canada, watching history unfolding and seeing Imran and his team sitting on the treasury benches in the National Assembly!

It was the culmination of the first part of Imran’s dream, a dream which people thought was near impossible and delusional, to finally get to a position to lead this great Nation to great heights!

Read more: The fly or the honeybee? – Haider Mehdi

I don’t think he ever had doubts about his destiny! And if he did, he certainly didn’t show them!

But, I also thought about how my generation had failed Pakistan, Quaid e Azam, Allama Iqbal and the hopes and dreams of all those who sacrificed so much for this country. I’m ashamed to admit that most from my generation including myself, who could have done so much more for our country, lead extremely selfish and self-centered lives!

But miraculously, it seems, Imran, from our generation, may just redeem us.

His unbelievable and superhuman strength of character, faith, discipline, persistence and commitment has brought him to this place. I have no doubts that Allah SWT has Blessed him to lead this nation to good fortune!.

I know he will not fail Allah SWT’s Trust. Nor will he fail his own conscience. And Insha Allah will not fail this Nation, especially its poor and exploited!

It will not be easy, but if there’s anyone who can do it,  its this man with the Blessings of the Almighty. Ilahi Aameen.

Its a time to rally around Imran, putting our political differences aside and help rebuild this country. If he falls, help him up. Not keep him down. If he errs, correct him, not let him go astray.

This is not a match in which one side wins or loses. Either both win or both lose. We have been given a God Given the chance to change this country, save it from the loot, plunder, rape, pillage and corruption and take it to great heights!

May Allah SWT Bless Imran and his team and all those working for a Better and, Brighter Pakistan. Ilahi Aameen.

May Allah SWT Bless Pakistan and the people of Pakistan. Ilahi Aameen.*Pakistan Zindabad!

Challenge for Modi: US or Russia, India can’t have both