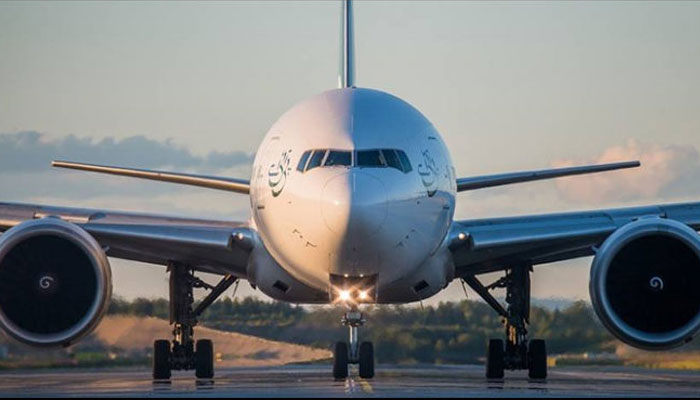 Authorities have announced to keep Pakistan’s airspace close for one more day due to persistent Indian aggression. The Civil Aviation Authority (CAA) notified on Friday that Pakistan’s airspace has been closed for all overflying (transit) flights till March 9.

The notification reads that all transit flights flying east to west and vice versa will be diverted till Saturday 3 pm. A few of the overflying flights from north and south of Pakistan’s airspace will be allowed. “Only a particular part of the airspace can be utilized for incoming and departing flights,” it added. Moreover, Sialkot, Rahim Yar Khan and Sukkur airports which were set to reopen on Friday will remain closed for an additional 24 hours.

After Pulwama tragedy, Indian jets entered into Pakistan and threw bombs on trees but claimed to destroy a religious seminary allegedly belonging to Jaish-e-Muhammad.

It is worth noting here that Pakistan had to close its airspace after its ties with India went highly tense. The escalated situation forced Pakistani authorities to close and carefully monitor the airspace. But as the international community intervened and made efforts to de-escalate the situation it was hoped that the things would come to normalcy.

Security experts believe that India was making attempts to prove itself as a regional power but its recent humiliating military tussle with Pakistan created some challenges. After Pulwama tragedy, Indian jets entered into Pakistan and threw bombs on trees but claimed to destroy a religious seminary allegedly belonging to Jaish-e-Muhammad.

Pakistan made it clear that it will respond and will surprise India. Later on, two Indian jets were shot down and one pilot was arrested. International media claimed that it brought international shame and humiliation to India, an aspiring regional power.

Armed forces of Pakistan have also conveyed to Indian establishment that any Indian aggression shall be responded with equal intensity and scope.

India is now reportedly planning to strike back so that Indian Prime Minister Narendra Modi can get political relevance before the upcoming elections. It is also in the news that India was planning to target any international airplane in Pakistani airspace and then the responsibility shall be claimed by any banned groups in Pakistan or Afghanistan. It would have surely brought Pakistan under severe criticism.

However, the Pakistani military and political leadership sensed the situation and took all possible precautionary measures to avoid any undesirable situation. Armed forces of Pakistan have also conveyed to Indian establishment that any Indian aggression shall be responded with equal intensity and scope.

Although tension at Line of Control has de-escalated to good extent, Modi’s rhetoric in his recent election campaigns signals that he can go for another adventurism.

You have got to let them fight and then you pull them apart, Trump on Turkey and...

PM Netanyahu becomes the first Israeli to get Pfizer vaccine, calls it a ‘giant step for health’