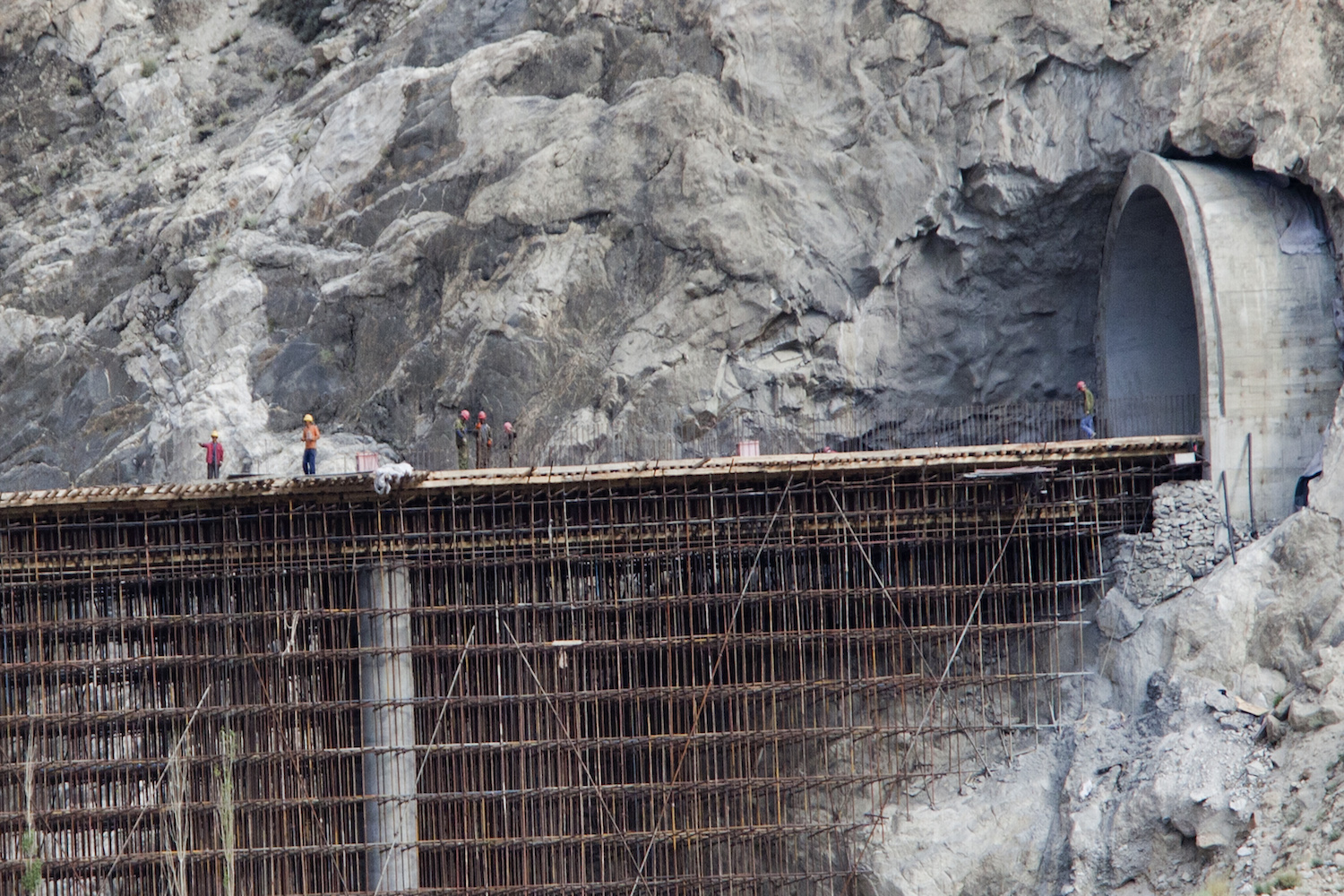 Events of national significance tend to linger on in our combined memories for some time, even then 2018 ushered in hopes of erasing some of our concerns and disappointments.  The indications of the opportunities that have emerged despite the challenges are still imperceptible, even then 2018 promises to be a year of hope and resurgence viz, (1) most likely witnessing the third consecutive general elections in Pakistan, possibly delayed by a few months (2) Nawaz Sharif’s disqualification making the political playing field more competitive, changing the political landscape for the better and (3) the superior judiciary asserting itself  in no uncertain terms, well on its way to being what it should be, one of the strongest pillars of the State.

Besides being an economic game-changer for Pakistan, the significant geo-political changes taking place in the region because of the China-Pakistan Economic Corridor (CPEC) is best symbolized by the growing Russian-China-Pakistan cooperation. China-Pakistan military exercises are routine, but the ground-breaking Russian-Pakistan ones are certainly not. One should not expect Russia to abandon its deep rooted long-term relationship with India but certainly its blind support is a thing of the past.

The responsibility of governance is a sacred trust that no individual or entity has the right to sacrifice at the altar of personal survival and greed.

Our relationship with China has deepened because of China’s strategic compulsions. On national security issues the civil and military leadership are on the same page, not only in dealing with India and Afghanistan but with the world powers, the US and Russia and in the immediate region. The measured joint civil-military response to US President Donald Trump’s recent tweet is a case in point, the operative word being KYC (keep your cool).

We cannot be held hostage by the academic input of a few powerful intellectual elite, among them a handful of arrogant former diplomats, who pontificate about foreign policy “shortcomings” while feeding the counsel of our fears (to paraphrase Field Marshal Slim) from his book “Unofficial History”,  whereas on the other hand our recent foreign policy successes have shown that to quote another Slim adage, “it pays to be bold”.

Without effective participation of citizens in the affairs of even their own community, our present democracy is a sham. A stable democratic system can only be possible with participation of ordinary citizens in the decision-making process. Without electoral reforms providing a level playing field we will never be able to fight poverty, feudalism and extremism. Moreover, indirect elections are a farce, the Senate is a shameful symbol of our sham democracy. Can those who are not elected by adult franchise be truly representative of the federating units?

The sacrifices of our soldiers in the most successful counter-insurgency at the present time has made Pakistan today a much safer place.

The nexus of corruption with organised crime and terrorism is a worldwide phenomenon.   Judicious use of technology must counter “terror financing” from the siphoning off of monies donated to charities. While certainly admiring those making legitimate profits from commerce and industry, we must target proceeds illegally acquired through corruption, fraud and deceit.

This includes manipulation of the Stock Exchange by unscrupulous brokers. Monies fuelling terrorism must answer for the blood of innocents and cannot be allowed to be legitimised by using the Zardari-sponsored bogey of “provincial autonomy!” Accountability requires all the assets of those in our elite society awash with illegal gains to be confiscated.

Arbitrary or wide discretionary powers in practice today makes the rule of law impossible to prevail in Pakistan. Equality before the law or the equal subjection of all classes to the ordinary laws of the land must be duly administered by the courts. Justice can easily be subverted by influence and/or money presently.  The rich and powerful must be held accountable, the accused must not be allowed to hide behind technicalities exploited by clever lawyers while the poor who cannot afford them suffer.

The Army is doing exemplary work fighting terrorism and extremism, firmness in the selection and the maintenance of its aim requires the military to wipe out not only the vestiges of militancy.

The National Accountability Board (NAB’s) anti-corruption mechanism not compromised by selective application for personal and/or political purpose. Justice must be made simple and inexpensive. What is the reason for extremism except lack of fair play in justice and frustration at seeing the corrupt prospering?” Can we by default accept that the corruption codified by “Pakistan-First” Musharraf’s infamous National Reconciliation Order (NRO), force-multiplied subsequently by Zardari’s corruption-ridden Presidential years, be given legal cover?” unquote.

To quote my article “Wishes for 2017” of Dec 30, 2016, “The calibre and integrity of the incoming Chief Justice of Supreme Court, Mian Saqib Nisar, does not merit the insidious slander campaign on the social media. Given his track record, one knows that the incoming Chief Justice will not be selective in being deaf, dumb and blind,” unquote.  One reiterates with great satisfaction and pride what I wrote then, “Mian Saqib Nisar is literally Pakistan’s last hope, he must remain true to his integrity and character and to his calling”.

Similarly with the calm and effective presence of Justice Javed Iqbal as Chairman NAB, those testing his patience and commitment to eradicate corruption may find it hard to survive. In fact the present conduct and commitment of the entire superior judiciary is something to be proud of.

The Army is doing exemplary work fighting terrorism and extremism, firmness in the selection and the maintenance of its aim requires the military to wipe out not only the vestiges of militancy in both political and religious camouflage but all the extraneous forces and factors subscribing to it.

The military momentum directed against terrorism in the Pakistani heartland, particularly in southern and central Punjab, must continue. The sacrifices of our soldiers in the most successful counter-insurgency at the present time has made Pakistan today a much safer place. On a different analogy, we must take decisions, we vacillated too long past the fail-safe point in 1971, we cannot, to quote Richard Nixon, “debate a decision to death”.

The superior judiciary must take notice of attempts to gamble with the existence of the State by the consistent targeting of its vital institutions, particularly by politicians who are well on the way of becoming convicts. The responsibility of governance is a sacred trust that no individual or entity has the right to sacrifice at the altar of personal survival and greed. Can any individual be greater than the nation he (or she) has been given the opportunity by Divine Providence to govern?

‘Let Us Bury the Past, Not the Future’: Pakistan and Bangladesh

CPEC: a corridor of prosperity or uncertainty?

SC stopped us from becoming a “Gangster Heaven”