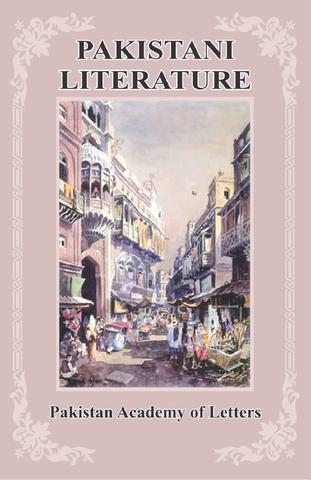 There is a fantastic (true) story about Morris Dees, a civil rights lawyer in the United States who, at the peak of Martin Luther King Jr.’s movement, was defending a young African-American man, on death row, in Alabama.  An all-white police department had concocted the facts to frame the (black) accused, and tortured him during custody.  Yet, a white judge and an all-white jury simply could not see past the color of the accused’s skin, and remained hostile to the many arguments advanced by the defense counsel.  Faced with this unrelenting bias, Mr. Dees filed a motion (read: petition) before the court, requesting that his client be treated and judged as “a rich white American businessman”.

Surprised by the audacity of this prayer, and by the unorthodox nature of the motion, the judge asked Mr. Dees what precisely was his grievance.  In response, Mr. Dees launched into an argument, spanning the broken arc of equality in American racial history, which detailed the enormous crevasse between the manner in which criminal justice system treats the privileged, as opposed to the downtrodden of the society.

Joining the bandwagon of Hussain Nawaz and Tariq Shafi, one Mr. Saeed Ahmed (President of National Bank of Pakistan, who was involved in Hudaibiya Paper Mills case), now claims, in a letter to the honorable Supreme Court of Pakistan, that he “felt insulted, threatened and subjected to undue pressure.”

Listening to Nawaz Sharif’s family, and other PML(N) sympathizers, crib and complain about JIT’s ‘tough’ questioning of the king’s family and supporters (read: accomplices), I am reminded of Mr. Dees, and his arguments in Alabama.  And a part of me wishes that all the Allah Dittas of this country, most of whom are on trial for simply being poor and disadvantaged, file an application before the concerned courts that they “be treated as though their last name was Sharif”.  That they be allowed to pick investigators of their choice, be escorted to the investigation premises, seated in an air-conditioned room, offered tea, and then asked a few questions (without a trip to the proverbial “drawing-room”). That they be defended not only by a counsel of their choice, but also by the Federal Government of Pakistan.  That State resources and taxpayers’ money, including Press Information Department and the Federal Information Minister, supported by political hacks such as Daniyal Aziz (who, once upon a time, defended Pervez Musharraf with just as much zeal) come to Allah Ditta’s defence.  And in case the investigation officer makes him wait for half an hour, or asks him too many questions, Allah Ditta be hailed as a martyr of mythic proportions… who had to endure such travesty… without being offered a foot massage every few hours.

Joining the bandwagon of Hussain Nawaz and Tariq Shafi, one Mr. Saeed Ahmed (President of National Bank of Pakistan, who was involved in Hudaibiya Paper Mills case), now claims, in a letter to the honorable Supreme Court of Pakistan, that he “felt insulted, threatened and subjected to undue pressure.”  Yes, poor Mr. Saeed Ahmed “felt” that way.  Because that is not how a ‘walk in the park’ should feel like.

Is the king, and his coterie, completely oblivious to the fact that this is a criminal investigation?  Have they never seen or heard of one (in Pakistan)?  Have they never visited a thana, or the FIA offices?  Have they forgotten the manner in which people were hauled in by Saif-ur-Rehman, under the express consent of Mr. Nawaz Sharif? Or are they simply stunned by the fact that someone has the audacity to question them at all?

In all likelihood, this malicious attacking of the JIT is more a political ploy, as opposed to genuine outrage; designed to achieve one of two things:

1) in case the JIT holds the PM and his family guilty, this narrative would help PML(N) claim that the entire process was biased; and

2) in case the JIT acquits the PM and his family, this narrative would help PML(N) claim that ‘nothing could be found’, despite such rigorous and biased investigation.

Despite having been in power for most of the past three decades, what PML(N) wants more than anything else, is to be seen as a ‘martyr’… a martyr who was exiled to a palace in Saudi Arabia (along with millions of dollars).

Consequently, from a political perspective, it makes perfect sense to malign the members of JIT, and call into question the sanctity of this investigation.

But then again, this is nothing new for PML(N)’s political creed.  Despite having been in power for most of the past three decades, what PML(N) wants more than anything else, is to be seen as a ‘martyr’… a martyr who was exiled to a palace in Saudi Arabia (along with millions of dollars).  A martyr who gets picked on for living in a (small) family estate in Raiwand.  A martyr who has been framed for the killing of innocent people in Model Town.  And a martyr who is now having to answer for the (few) apartments it has, tucked away some place in London.

Read More: Pakistan’s culture of Politics thrives on the many Nihal Hashmis

This kind of politics will continue in the coming days and months.  But that is hardly the issue of the hour.  Because, at the moment, far more important and institutional issues are at stake; issues that are bigger (even) than the final outcome of the Panama Leaks case.

This brings us to the crux of the matter: yes, the Panama Leaks case is about whether the Prime Minister and his family members violated laws of Pakistan, siphoned off money illegally, live beyond declared means, and (resultantly) should be disqualified from being parliamentarians.  Yes, the case is also (partly) about the legitimacy of the honorable Supreme Court, and about the general perception that our Courts (mostly consisting of Punjabi judges) do not render judgments against Nawaz Sharif and his family (takht-e-Lahore).  But, at the moment, the real issue is neither the Court nor the Prime Minister.  Instead, the JIT proceedings are (to a large extent) about answering a much more important and lasting question: can our State institutions and their representatives (who are part of the JIT) work independently, according to the mandate of their respective laws, even in the face of opposition from political masters?  Or instead, are the State institutions and their representatives nothing more than subservient subjects (personified in the deplorable image of Qamar Zaman standing before the Honorable Supreme Court), sworn to forever serve at the feet of modern-day philistines?

Whether Nawaz Sharif stays the Prime Minister or not, is a short-term issue.  Whether PML(N) will win the 2018 elections or not, in the aftermath of Panama Leaks, is only a temporary political question.  Whether the honorable Supreme Court will convict the Prime Minister or not (being an important question in itself) will remain a function of legal and constitutional interpretation.  But whether our investigative agencies have the tenacity and moral courage to stand up to, and investigate, the king and his family (at par with the Allah Ditta), is of lasting importance to our democratic enterprise.

God forbid, if it comes to that, the eternal battle between the ‘haves’ and the ‘have-nots’ will suddenly become the only real question in Pakistan.

If this entire exercise is carried out according to the creed of officers such as Qamar Zamans (read: spineless government servants, with no moral character to question the king), the actual verdict of Panama Leaks will be irrelevant in the larger scheme of things.  Because, in such an eventuality, even if Nawaz Sharif is disqualified, we will all know (for the future) that corruption amongst the political elites will continue to remain an unchecked phenomenon in Pakistan.  And that institutions, such as FIA and the NAB, are nothing more than tools in the hands of political masters, to be maneuvered in a partisan and dishonest manner.

God forbid, if it comes to that, the eternal battle between the ‘haves’ and the ‘have-nots’ will suddenly become the only real question in Pakistan.  And the millions of Allah Dittas of this country will have no other choice but to drag the powerful few through the streets, for vigilante justice, which is fast becoming our nation’s de facto system of justice.

Previous articleFarmers threaten agitation if burden of taxes is not eased
Next articlePakistan’s PM, Finance Minister & Army Chief on trip to resolve “Qatar Crisis” or something else?

25 September 2021
Previous articleFarmers threaten agitation if burden of taxes is not eased
Next articlePakistan’s PM, Finance Minister & Army Chief on trip to resolve “Qatar Crisis” or something else?

Of promises, meddling and delusions: the story of Pak-USA ties

Has Captain Safdar shown the real face of PML-N?