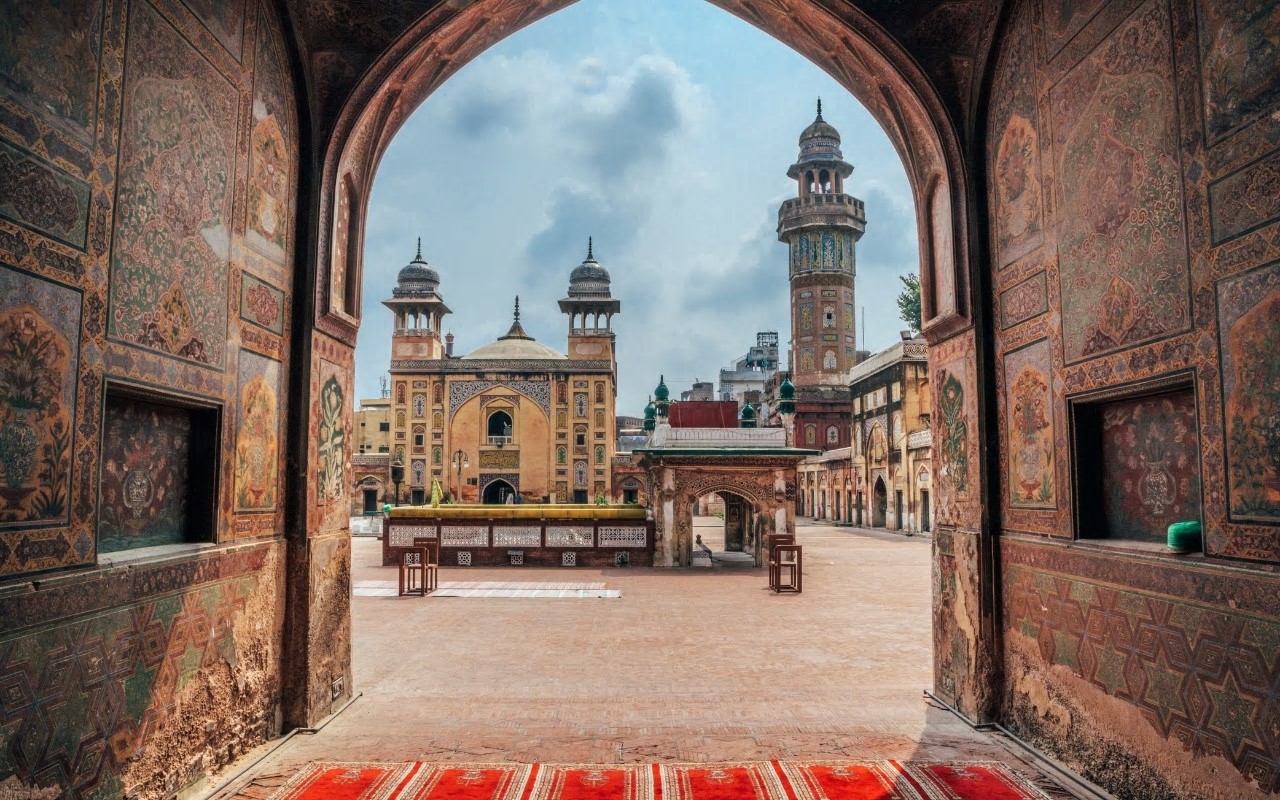 The construction of CPEC is indeed an eye-opening evidence that signifies the geographical location Pakistan enjoys. Landlocked from three sides and a deep warm water coastline on the fourth is nothing less than a diversity that needs to be appreciated and recognized.

Also, there comes with it a very bright fact that not only the geographical location can be used for the trading purpose but also with the scenic beauty the landscape has to offer it does bring a lot of attraction to the foreign tourists.

Idealism, on the other hand, does paint a very idealistic picture of Pakistan. Where a country that is blessed with such contrasting geography must be having a soaring and immensely independent economy. But unfortunately, the reality speaks something very different. We needed our neighbor that is China, to make us realize the potential benefits ‘they’ and ‘us‘ can extract from this boon.

Read more: CPEC: a corridor of prosperity or uncertainty?

One still wonders why Pakistan is grappling with the economic problems even after being blessed with such immense natural beauty and a pivotal geographical location. Also, there comes with it a very bright fact that not only the geographical location can be used for the trading purpose but also with the scenic beauty the landscape has to offer it does bring a lot of attraction to the foreign tourists.

Snow-capped Peaks on the North Eastern side of the country with one of the breathtaking historical trade route of Silk Highway, the Gilgit, and Baltistan region attracted almost around 8.5 million tourists between 2015- 16 including domestic and international tourists.

The tourism department of Gilgit Baltistan at a very small scale is playing its part to promote the international tourism and facilitating the visiting tourist in this region.

However, the official figures showed a fall in the number of tourists visiting in the year 2016-17, where the estimated figures were recorded half the previous year.

An opportunity being missed

The tourism department of Gilgit Baltistan at a very small scale is playing its part to promote the international tourism and facilitating the visiting tourist in this region. But there is a dearth of a proper and well-coordinated support from the Federal government to sufficiently promote this region at an international level.

The menace of corruption too, at the regional and at the federal level has become an undeniable obstacle to the achievement of the goals. Surprisingly, the Internet, the wired world has turned out to be one major tool for the promotion of this region among the international tourists.

A much bigger credit goes to the courageous local and domestic photographers who take the risk to travel these places to capture the beauty in their cameras. Showcasing the world these fascinating places, their efforts have gradually encouraged the local tourists and foreigners to visit the places despite extremely difficult terrains and challenging weather conditions.

Since then the places which were deemed inaccessible before are now gaining much attention and are recording the ever increasing number of tourists than in the past.

Also after the devastating earthquake of 2015, the proper construction of a smooth and flawless Karakoram highway was indeed a milestone achieved, that further facilitated the travel to the much accessible regions of Naran and Kaghan. But in the recent years, tourists are now attempting to make the journey too far off areas till the Khunjerab Pass.

Foreign tourists especially are a good source to swell the foreign earnings for a country especially when trading activities are showing a continuous deficit.It is not just about the promotion of the Gilgit-Baltistan alone, but Pakistan is filled with the splendid landscape towards its western side along the coastline of the Makran Belt.

The belt is so far untouched with a large number of tourists and the region also lacks the proper organizational infrastructure to promote full-fledged tourism where only locals make the day-long trips to place like Kund Malir, Gwadar and Gidani.

Balochistan surprisingly is the region, which caters to more than 80 mud volcanoes, a desert along with a long coastline. With such contrasting properties of land, if promoted properly, the region after being the biggest province for many of the large reserves of minerals can next turn out to be a highly popular tourist destination.

With such extreme potentials for becoming a popular tourist destination, the region can also be a source of the financial bliss for the local population.Again much credit goes to the photographers and their creativity for bringing the beauty of this region in front of the world eyes.

However, the visitors and the local tourists especially share the responsibility along with the government of conserving the heritage and beauty by ensuring the cleanliness of such places.

The government has so far just restricted itself to part of the construction of infrastructure i.e. roads. It needs to be understood that, the mere construction of paved roads are not enough but a rather more coherent communication activities are required to attract the attention of the world’s tourism towards these regions.Also, a much-neglected issue has been the conservation of the historical sites, which are equally important after attracting the tourists. Many of the popular monuments, such as Shah Jehani Mosque in Thatta, Lahore Qila, Wazir Khan Mosque and many others are in a dire condition that needs the utmost attention.If the reasons of this negligence are the lack of funds then the complete silence of the tourism ministry over the issue is something hard to fathom. One needs to realize the importance of thriving the tourism industry in the times of economic crisis and war like situations hovering the country.

Read more: Orange Line Metro Train and the threats it poses to world…

However, the visitors and the local tourists especially share the responsibility along with the government of conserving the heritage and beauty by ensuring the cleanliness of such places. The pollution scattered by the visitors is one big element that degrades the beauty of these monuments. For instance, Murree is one place, which observes problems of proper sewerage system and disposal of garbage by the roadside during the peak seasons.

In this case relying solely upon the government is unfair; it is rather a combined effort from both the civil and government organizations to work together for a healthy tourism in the country.

Rida Hussain is a Master’s in Mass Communication from the University of Karachi with a keen interest to write on social and current affairs. The views expressed in this article are the author’s own and do not necessarily reflect Global Village Space’s editorial policy.