Pakistan’s economy to slowdown to 2.6pc this year: ADB

The ADB in its latest report, Asian Development Outlook 2020, highlighted several factors behind the slowdown including slower growth in agriculture and the impact of the COVID-19 outbreak. The report said that the economy would recover to 3.2pc in 2021. 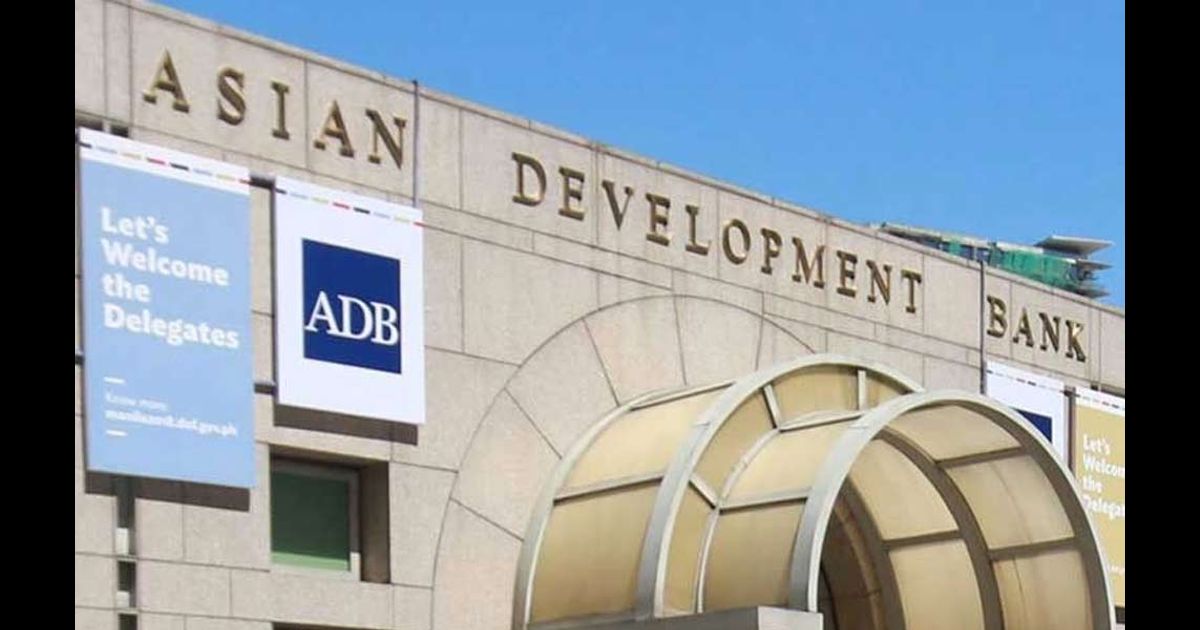 The Asian Development Bank (ADB) has projected Pakistan’s economic growth will slow to 2.6 percent this year due to ongoing stabilization efforts and the ongoing pandemic. This has impacted badly the already tumultuous economy of Pakistan.

#ADO2020 NEWS: Economic growth in developing Asia will take a beating from the #COVID19 global pandemic. GDP will slow to 2.2% in 2020, but will rebound to 6.2% in 2021 once outbreak is contained – ADB Chief Economist @yasusawada

“Although Pakistan’s economy is in better shape than before, the nation needs to work together to tackle the new challenges posed by COVID-19—including uncertain short term growth prospects—and its related socio-economic repercussions. The government’s emergency package and extensive use of Ehsaas will be vital to blunting the detrimental impacts of the pandemic, particularly on the poor and vulnerable.”

As per the report, Pakistan’s agriculture sector is expected to see slow growth in fiscal year (FY) 2020 after the worst locust infestation in over two decades damaged harvests of cotton, wheat, and other major crops.

Whereas, modest growth is expected in some export-oriented industries, such as textiles and leather; however, large-scale manufacturing will likely contract, as it did in the first half of FY 2020. According to the report, the ongoing COVID-19 outbreak will pose additional downside risk to growth prospects as it further dampens consumer demand, exporters, businesses, and industries.

Impact of coronavirus on Pakistan’s economy

With a confused economic policy, lack of enforcement in a range of issues, and a deficient health system, everything could choke. There is no other option. Staying at home is the best option which could be helpful in the pandemic situation.

On 26 February, Pakistan confirmed first two cases of the coronavirus. Both patients had returned from Iran. The following week, three more cases were confirmed. By the third week, the confirmed cases were 53 and then the spike began. Within the next 11 days, the total cases exceeded 1,200. Most of the infected people came from abroad, but local infections also began to increase.

At least three provinces, Sindh (in lead), Khyber Pakhtunkhwa and Balochistan are taking bold steps to fight the epidemic. Punjab, the most populous province, is also adopting promising measures. While Kashmir’s response has proved to be successful, Gilgit-Baltistan has witnessed a spike in cases. Mortality rate i.e. conversion of infection to death has shown some encouraging results; only four out of nine fatalities had multiple causes.

Some virology experts term the next two weeks as critical. The virus could spike exponentially as it did in China, Italy, Spain, France, the USA and Iran. It has the potential to overwhelm the frail, ill-equipped and neglected health care system of Pakistan. If this tragedy takes place — the projected results point towards a grim picture.

Contrarians while citing the low mortality rate, argue that there exists some unexplained immunity that shall ultimately flatten the curve⁠. Also, by mid of April, ultraviolet rich sunlight might kill infections in the atmosphere.

Government of Pakistan, instead of announcing a curfew, imposed a partial lockdown. Prime Minister Imran Khan argues that panic poses a greater threat than the epidemic itself. Hence, poor people belonging to the working class have not yet panicked.

These challenging times threaten the existence of the downtrodden. Philanthropists who take care of the underprivileged, have been mobilized for help. They provide help to the poor, despite widespread hoarding and the selfish interests of the speculators and elitist classes in the system. These classes may exploit this pandemic to make quick bucks.

According to Dr Ikram Ul Haq, the long-delayed and much needed financial relief and stimulus package of Rs 1.3 trillion are “satisfactory” though “insufficient” for majority of the people. Experts question whether Rs. 3000 per month for daily wagers is realistic for an average family size of five? The government can do much more than this cosmetic Rs. 3,000 per labour.

Read more: Why world economy is at the brink of collapse? Investment Banker explains

Labourers and daily wagers have turned Prime Minister’s argument for resisting a shutdown into a moot point. Yet the economic team fails to inform the Prime Minister, hundreds of billions in Worker Welfare Fund have piled with business houses since 2006, which they are constitutionally liable to pay, which has also affected negatively to the already fragile economy of Pakistan.