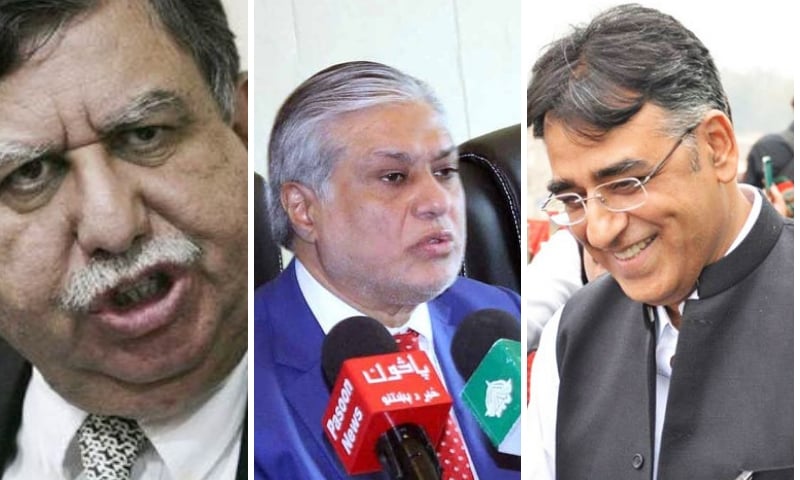 It is difficult to argue with fact that today there’s no alternative to Imran Khan, and he is the very embodiment of hope for the country. His electoral mandate emphatically makes that clear, as well as demonstrating the willingness of the people to travel the difficult path the country has to take to remedy the previous PMLN regime’s incompetent, if not malign, governance.

However, the government’s performance in terms of messaging has so far left much to be desired. It is no secret that the PTI government inherited a legacy of debt-ridden economic chaos. From the very beginning, there has been little doubt that Pakistan had no option but to go to the IMF in order to tide it over the critical balance of payments crises that this government inherited.

It will willingly endure short-term harsh measures if that were to result in long-term stability, and that will be reflected in the pricing of assets.

Instead of highlighting this and explaining the dire straits the country was in, the government tried to calm nerves by suggesting there might other options other than the pain pill of the IMF. It is therefore disappointing to see in today’s headlines in the papers that the PM has only now been informed that the country has no option but to go to the IMF. What was obvious to many some time back is now finally being admitted.

After having created the impression of going begging hither, tither, and yon with naught result, we go cap in hand where we needed to go on the first day. Now that our nakedness is completely exposed, we might as well bend over and accept every indignity that is likely to be heaped upon us. As a wit might quip, ‘One helluva way to run a railroad!”

Read more: Will PTI be forced to embrace IMF?

At the risk of stating the obvious, this is not the way to conduct negotiations with the IMF, or more generally run an economy. Building up false expectations of a white knight from Arabia rescuing us, and then failing to do so, has a double negative impact. In economics and finance, there’s no more precious commodity than credibility. “My word is my bond” is a phrase that is redolent with meaning, and something any government only ignores at its own peril.

It is the basis of how markets choose to read signals from central banks, finance czars, and the government ultimately. Break that bond and the entire financial edifice is put at risk. Every word needs to be measured against the impact it not only might have today but in the difficult times to come.

The economic managers of the country, therefore, need to convey that through certainty and a clear path of actions, albeit identifying the many problems it has inherited and the sacrifices that may have to be made along the way.

The government has so far failed to do so. The impression that is increasingly being created is that of helter-skelter ad hoc expediency. That can partly be witnessed by the Karachi stock market’s nosedive despite already being at historically attractive valuation levels. The government is losing the confidence of the market.

Let there be no doubt that the market and its participants have no loyalty to any regime but one that will ensure the long-term prosperity of the nation and therefore businesses. It will willingly endure short-term harsh measures if that were to result in long-term stability, and that will be reflected in the pricing of assets.

However, the market cannot bear uncertainty and contradictory signals. It fears nothing more than any sense of a lack of clarity of vision at the top. The economic managers of the country, therefore, need to convey that through certainty and a clear path of actions, albeit identifying the many problems it has inherited and the sacrifices that may have to be made along the way. It is imperative the government does so without much further ado.

Javed Hassan is a graduate of Imperial College London and an MBA from London Business School, he is an investment banker who has worked in London, Hong Kong, and Karachi. He tweets as @javedhassan. The views expressed in this article are the author’s own and do not necessarily reflect Global Village Space’s editorial policy.