Pakistan’s Foreign Policy at Crossroad: Imran Khan shows support for Turkey during its row with U.S. 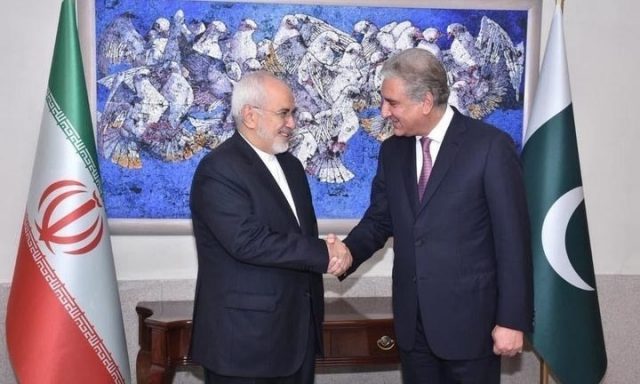 Turkey is facing one of the direct challenges in recent times to keep its economy going after the row with the United States of America over the detention of a U.S pastor on charges of espionage for 2016 failed coup. At a time when the global political landscape is witnessing unprecedented scenes, Pakistan’s Prime Minister-designate Imran Khan took on to his Facebook handle to express his solidarity with Turkish people at such troubling times.

“On behalf of the people of Pakistan & myself, I want to let President Erdogan & the people of Turkey know we are praying for their success in dealing with the severe economic challenges confronting them, as they have always succeeded against adversities in their glorious history”, Imran Khan’s statement read.

Turkish government believes Golan to be the key conspirator and has repeatedly asked the United States to extradite him where he has the status of a “Permanent Resident”.

Andrew Brunson is one of the few Americans, along with thousands of Turkish nationals, held under the trial of being the conspirators or facilitators of a failed coup attempt on July 16, 2016. After the event, Turkish President Recep Tayyip Erdogan ordered as massive purge into the government institutions to root out all those who were sympathizers of FETO, a US-based Turkish religious preacher Fetullah Golan’s organization.

Turkish government believes Golan to be the key conspirator and has repeatedly asked the United States to extradite him where he has the status of a “Permanent Resident”. The USA has maintained that the matter is subjudice and only the courts will decide the fate. After the verdict of Turkish court against the US pastor Andrew Brunson, Reuters quoted a US official in Washington that the United States is now seriously considering the extradition as there is too much at stake between the two countries already.

It presented a hope that among many discords between the USA and Turkey, this one will be resolved soon. Days after the verdict, Pastor Andrew Brunson was moved into a house arrest after spending 20 months in jail. All these signs contributed to the understanding that there could be a chance of Golan’s extradition in exchange of Brunson’s release. But things went from bad to ugly when the United States imposed sanctions on Turkish steel and aluminum imports and as a retaliatory measure, Erdogan announced the ban on U.S electronic goods.

Both NATO allies, the United States and Turkey, are practically at an economic war with each other. At a time when nations have vested economic and strategic interests linked to each other, generally, most of the countries try to remain out of such conflicts. The most recent example is the row between Canada and Saudi Arabia where instead of taking a stand for one of its two trade partners, the United States offered a vague stance on the matter.

These indicators hint at a plausible new alliance of Muslim countries to which Pakistan may also become a part too. The crucial factor which needs to be dealt with by Imran Khan with utmost care is the Kingdom of Saudi Arabia and the Gulf states

But Imran Khan has put his support in favor of Turkey at point black which can be interpreted as the policy stance of his government. The relations between the United States of America and Pakistan have been continuously deteriorating since President Donald Trump took office. Pakistan has been slowly and gradually drifting its U.S slanted foreign policy in recent times, but it has not crossed the ways with the U.S like this in recent past. It is certainly a bold step on part of the new administration in Pakistan in support of the brother Islamic country Turkey, the implication of the audacity is yet to be seen.

Turkish currency Lira took the plunge as the U.S announced sanctions, after which many Qataris took it to social media announcing that they are trading the U.S dollars in their possession for Lira to support the Turkish brothers with their troubled currency. On part of the Qatari government, the country will invest $15 billion into Turkish economy to help it survive the ordeal.

These indicators hint at a plausible new alliance of Muslim countries to which Pakistan may also become a part too. The crucial factor which needs to be dealt with by Imran Khan with utmost care is the Kingdom of Saudi Arabia and the Gulf states. If he manages to bring them to term with Qatar, which seems very unlikely given how deep Saudis and allies have dug themselves in their alliance with the United States, there could well be a hope for a functional Organization of Islamic Cooperation yet again.

Imran Khan has accepted the invitation from King Salman for a state visit and will be flying to Saudi Arabia soon after taking the office. The visit it most likely to define the contours of Pakistan’s foreign policy under his leadership.

US pledges funds to improve Pakistani connectivity with Central Asia

Peace in Afghanistan is crucial for peace in the entire region: FM