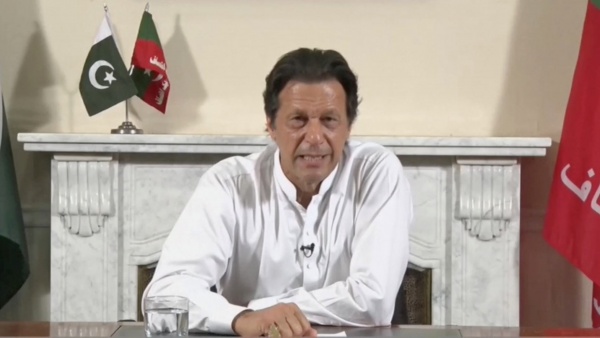 The formation of the PTI government – and just as importantly, its agenda of nation-building – is expected to also transform the country’s foreign policy, and make it more responsive and effective to national interests. But if the press briefing of the foreign minister, Shah Mahmood Qureshi, on 24th of August is anything to go by then the foreign policy of the country for its another term is going to be more of the same: reactionary, short-sighted, fluctuating and issue-oriented, one which will continue to wrestle with withdrawing from some endeavors and diverting attention and resources to another.

The foreign ministry is meant to systemically outline and arrange areas where the fundamental interests of the country are at stake and where, based on domestic needs, the actual center of focus resides. Keeping this in mind if we pen down the areas outlined by Qureshi, their near-exact-arrangement would be as: the West, the India-Pakistan relations, Afghanistan, the US-Iran rift, the CPEC, the SCO, the Sino-Pakistan relations, the SAARC, the Pak-US relations, the EU, Africa-the Continent, the FATF issue, and so on.

The people somewhat tolerated the seemingly unending foreign embarrassments during the tenures of the previous governments, but it’s a luxury that the PTI-led government won’t enjoy. The people are wearer than ever.

One doesn’t necessarily need to be a scholar to understand that behind this arrangement of countries, regions, and organizations, there exists neither a pattern nor a rationale. The press briefing that started from presenting a pessimistic viewpoint of Pakistan’s relations with the West soon went on rambling from one area of focus to another. Though some may suggest that it’s what a nationalistic, Pakistan-centered foreign policy should look like. But the policy that suffers from the want of pragmatism and foresightedness can’t be justified just for having the word ‘Pakistan’ in it.

Can we call a foreign policy systemic when it doesn’t follow a pattern and clearly fail to align itself with the national agenda in hand? How can the foreign ministry expect the nation to digest its propositions short of sense and precision? And can the nation truly rely on the genius and intellect of the ministry which fails to bolster imagination, innovation, responsiveness and relevance to the regional and global affairs?

Read more: Pakistan’s Foreign Policy: A tale of fear and resistance to change…

As the national government has launched the agenda of national reformation and building, therefore, what we did expect were outlines of a foreign policy subjected more to the dictates of national agenda. But it turned out to be a hollow presentation of Pakistan’s standing vis-à-vis this and that country or region. One doesn’t necessarily need to deeply look into the contents of the press briefing to chart-out evidence of the foreign ministry’s sluggish pace of working and thinking. In short, it was nothing short of a policy full of areas merely jumbled together and too disoriented to enlist the agenda of the national government.

To be sure: there are certain points for which the FM deserves credit (e.g., prioritizing the economy; avoiding conservative crusades, etc.). More important, however, was his assertion that Pakistan needs to truly comprehend the US interests in Afghanistan. And there are serious reasons to follow such a path. Surely, the US’s ‘coercive capabilities’ are comparatively not potent enough to coerce Pakistan, yet it still possesses tremendous ‘crippling capabilities’ to hurt and damage the functioning and performance of IK-led government. And the employment of ‘crippling diplomacy’ is what the US is practicing all across the world.

Though some may suggest that it’s what a nationalistic, Pakistan-centered foreign policy should look like. But the policy that suffers from the want of pragmatism and foresightedness can’t be justified just for having the word ‘Pakistan’ in it.

Adding another country to this fold doesn’t mean a big task for the US. Hawks may say the opposite, but is Imran Khan truly willing to face the scenario when the US starts i) disrupting his government’s ability to operate freely; ii) denying access to critical global economic, financial, educational and technological infrastructures; and iii) endeavoring to shape the globe to the country’s disadvantage? Here, however, it is important to realize that building foreign policy is not an end in itself: it is a means to achieve certain goals of national and international importance. It is, therefore, totally meaningless to formulate a foreign policy just for the sake of having one. If the past is a guide, then this path will lead to ceaseless embarrassments and bankruptcy.

Engaging in an unplanned and disheveled way all across the world is certainly out of step with the premier’s national program of reformation and development. It will put Pakistan in awkward positions and will result into costly entanglements; conduct of relations of doubtful utility; drain of the country’s resources and distractions from more pressing priorities. If the country’s foreign policy is not aligned with the domestic agenda, the increasing failures at thereof will surely give way to more bitterness and poison public discourse at home.

Also disturbing was the foreign minister’s intriguing fancy about times known either to him or the members of his ministry that Pakistan was once the West’s beloved. “Pakistan is no longer the darling of the West as it once used to be”, put the foreign minister. One can be forgiven for asking when actually was Pakistan a darling of the West? During the years of the ‘80s and 2000s, when an incentivized transactional relationship with propped-up military generals was glamourized enough to lure Pakistan into committing fatal blunders; or, the in-between era of 90s, when the country was among the most sanctioned? As for the years Shah Mahmood spent holding the rein of the foreign ministry, they are counted among the tensest.

Pakistan has never been the darling of the West; however, in times when the west was dictated by the dynamics of geopolitics, and, also thanks to the self-centrism of our deep-pocketed rulers (especially from the military), Pakistan has been treated as a prized area. Similarly, it’s also incomprehensible why the foreign minister didn’t utilize the opportunity to mention the Middle East, especially at a time when the shifting power configuration in the Middle East, after a brief span of unnatural alignments, is gradually turning to Pakistan’s advantages.

It still possesses tremendous ‘crippling capabilities’ to hurt and damage the functioning and performance of IK-led government. And the employment of ‘crippling diplomacy’ is what the US is practicing all across the world.

Surely, for the time being, we are not going to blame the Foreign Minister for this awful press briefing, since it’s just been a few days that he assumed the charge. But the foreign minister needs to realize that he leads the country’s most important ministry and that it is now his portfolio and identity and therefore, his responsibility.

Read more: Ignored and scathed on a global platform: What is the future…

The agenda that the premier has signaled to implement is very sensitive and delicate and therefore requires a foreign policy as such. It is, therefore, time to put all our foreign engagements, from military to financial and diplomatic, under closer federal scrutiny, to ensure that they comply with the federal governments’ domestic policy. The exceptions, however, can be made in matters like cross-cultural, educational, research-based, innovative and humanitarian endeavors.

Shah Mahmood Qureshi called the Ministry of Foreign Service the ‘first line of defense of Pakistan’. There is no doubt about that. If Shah Mahmood truly intends to make the foreign ministry “more functional and effective” he will find the people his natural ally. But in the end, whether it becomes the country’s vital force depends upon its performance: whether the ministry succeeds in pulling together all those elements and actors, national and foreign, which contribute to the national well-being.

It will be a significant foreign policy challenge for the FM to contain domestic elements that have instincts to act independently of the foreign ministry. Such actors surely compromise the integrity of the ministry and add to its ineffectiveness.

In this period of national contemplation and rejuvenation, if Shah Mahmood Qureshi really wants to do a larger-than-life work that benefits the nation for generations to come, then he must work relentlessly to build a lasting foreign ministry that is strong, efficient and responsive.

The current era in Pakistan can be by no mean reminiscent of the past. Unlike the past, the current generation of Pakistan is more result-driven. The people somewhat tolerated the seemingly unending foreign embarrassments during the tenures of the previous governments, but it’s a luxury that the PTI-led government won’t enjoy. The people are wearer than ever.

China stands with Pakistan amid rising pressure from the US