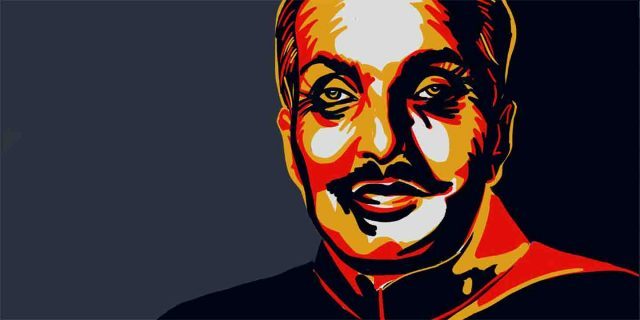 India Since 1526 is a classic of Indian history written by Vidya Dhar Mahajan (V. D. Mahajan). Babar’s invasion of India on April 21, 1526 after the first battle of Panipat transformed the Sub-Continent forever. Though greatly outnumbered (20,000 versus 40,000) it was Babar’s strategy and use of technology that prevailed over Ibrahim Lodhi’s army that also included packs of Elephants. The use of armor scared the beasts who then trampled their own soldiers.

Zahir-ud-Din the great grandson of Timurlane was invited by local rulers to weaken the Sultanate of Delhi but little did they know about his long term plans. Taimur after plundering India went back to Samarkand while Babar decided to establish his own Mughal Dynasty in the Indian Sub-Continent that ruled for centuries which was finally ousted by the British colonists to become a part of their empire. As a result the Muslims in India are considered foreign invaders or their agents despite their vast numbers. It was because of this discrimination that the two nation theory emerged that divided the Subcontinent, first in two and then three countries.

Appropriate amendments after the due process and within the spirit of the sacred document are allowable. Let us make a fresh start in 2018 by learning from the dark ages and moving towards a political renaissance.

The ouster of Zulfiqar Ali Bhutto (ZAB) the elected Prime Minister (PM) of Pakistan on July 05, 1977 was a major debacle that pushed the country into the dark ages. A lot has been written about the various time periods of the new nation. 1947 to 1958 were the formative years followed by the first dictatorship of Ayub Khan 1958 to 1969. The first free and fair elections of 1970 resulted in the dismemberment of Quaid’s Pakistan but ushered in an era of democracy which continued till early 1977 when ZAB dissolved the assemblies for a fresh mandate.

Like the rulers of India in 1526 little did he or the other politicians knew about the designs of the forces of status-quo that finally took control in July 1977 to spread the dark ages till August 1988 followed by the political circus that has continued till today. As a nation forty years have gone waste (1977 to 2017). Thank God the political cleansing has finally started to end this era of stagnation started by Zia-ul-Haq the third Khaki dictator of Pakistan.

Zia destroyed Jinnah’s tolerant Pakistan. After the judicial murder of ZAB in 1979 he unleashed a policy of sectarianism, extremism, drugs, arms, crime, violence, fanaticism, fundamentalism, madrassahs and uncontrolled refugee influx. Political circus of Zia-ul-Haq produced several jokers and villains with Mian Nawaz Sharif being one of them.

The document survived while the conspirator perished. It was his statement that the constitution is nothing but a booklet of fourteen pages which could be trashed. Musharraf used similar logic.

Air Marshal Asghar Khan as an important leader of nine parties opposition alliance (PNA) regretted having written that fateful letter to the Army Chief in 1977. To have it all is a major problem in emerging democracies. Absolute or two third majority game has been disastrous. In 1977 it triggered a political crisis that toppled ZAB. Nawaz Sharif has been twice hit by this unreasonable desire (1997, 2013). To obtain this kind of control, the electoral process has to be manipulated which seriously affects the credibility of the ballot.

Zia’s circus started with the partyless elections of 1985 which were boycotted by the established political parties. He then picked up Muhammad Khan Junejo to be the PM and Mian Nawaz Chief Minister of Punjab. Junejo proved to be an effective leader. Very soon a party emerged from the rudderless parliament which was headed by the PM and was called Pakistan Muslim League (PML). In 1988 Zia dismissed the Junejo government under his draconian 58(2b) amendment. He was blamed for poor law and order and slow pace of Islamization. Mian Sahib connived with the dictator to send an elected government packing.

In the 1988 elections People’s Party under Benazir emerged as the largest single party in the parliament. In order to become the PM, she was made to compromise and then her government destabilized to be finally dismissed in 1990. The elections that followed were manipulated through Islami Jamhoori Ittehad (IJI) that brought Mian Sahib into the corridors of central authority. He too was dismissed in 1993. Benazir was back to be dismissed again in 1995. Mian Sahib was back in the saddle but this time with two third majority.

He started pulling stunts that included becoming ‘Amir-ul-Momineen’ or Caliph. Finally when he tried to dismiss the Army Chief he was toppled. He negotiated his freedom and left the country under an agreement. Both Benazir and Nawaz remained in exile till they were able to stage a comeback through the infamous National Reconciliation Ordinance (NRO).

Stability of a country depends upon the strength of its institutions. On July 04, 1977 the feuding political players were close to reaching an agreement on a credible ballot when Zia the usurper conspired to strike.

The Charter of Democracy (COD) signed by Benazir and Nawaz could have been a turning point on our democratic journey if it was implemented in letter and spirit, instead it become an agreement for the loot and plunder of national assets by the two main political parties. There were no efforts for holding free and fair elections which are essentially required for democracy to survive and flourish.

Political solutions have to be provided by the politicians it is their prime responsibility. Similarly holding of free and fair elections is also to be ensured by the political players. The ballot has to be credible indisputable and acceptable to all the contestants for democracy to function. Stability of a country depends upon the strength of its institutions. On July 04, 1977 the feuding political players were close to reaching an agreement on a credible ballot when Zia the usurper conspired to strike.

He defaced and degraded the 1973 constitution to neutralize the gains of democracy under a truly elected government. The document survived while the conspirator perished. It was his statement that the constitution is nothing but a booklet of fourteen pages which could be trashed. Musharraf used similar logic. According to him protecting the country was more important than following the constitution.

It was music to ears when my friend the Chief Justice of Pakistan declared that the constitution is Supreme and it will be protected at all costs. From trash to a sacred document the constitution has survived several unholy onslaughts some from the usurpers while others from their political offsprings.

For democracy to survive political players have to play their innings what was started on July 05, 1977 has to be stopped and reversed. Between 1977 to 2017 there have been ten manipulated ballots which have produced pygmies not serious players. Another free and fair election is the only way forward.

Results of the ballots have to be credible to be acceptable to all parties otherwise the polarization continues. The constitution is a living document that must be respected and followed. Appropriate amendments after the due process and within the spirit of the sacred document are allowable. Let us make a fresh start in 2018 by learning from the dark ages and moving towards a political renaissance.