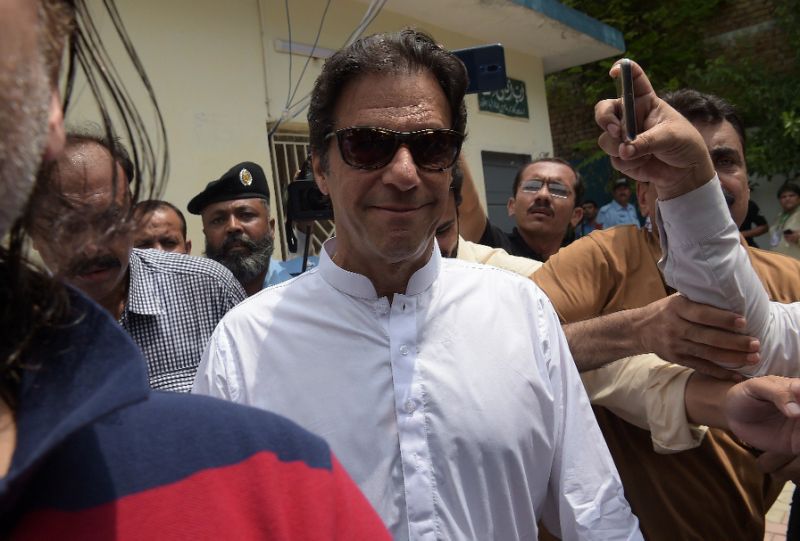 Pakistan Prime Minister Imran Khan will head to Riyadh on Tuesday for his first foreign visit since coming to power, officials said. The two-day trip to Saudi Arabia will begin exactly one month after Khan assumed office, with Pakistan facing a balance-of-payments crisis and speculation that the new premier could seek loans worth billions of dollars from allies.

The state visit was arranged on the invitation of King Salman bin Abdulaziz and Crown Prince Mohammad Bin Salman, Pakistan’s foreign ministry said in a statement. “The Prime Minister will call on His Majesty King Salman and hold a bilateral meeting with the Crown Prince,” it said, adding that the king will also host a state banquet for the prime minister at the royal court.

Pakistani media accounts of a reported $2 billion loan from China and another $4.5 billion from Saudi Arabia have not been confirmed. Any Saudi funds would only be used to buy oil.

“The Prime Minister will meet Saudi leadership and will discuss regional and international issues,” another senior government official told AFP. Khan and his cabinet face challenges including a faltering economy, militant extremism, water shortages, and a rapidly growing population. The most pressing is a looming balance-of-payments crisis, with analysts predicting Pakistan will have to go to the International Monetary Fund for a bailout.

There has been recent speculation in local media that Pakistan is eyeing Saudi Arabia and China to provide loans worth billions of dollars in order to rescue Islamabad from the economic crisis and from going back to the IMF. Pakistani media accounts of a reported $2 billion loan from China and another $4.5 billion from Saudi Arabia have not been confirmed. Any Saudi funds would only be used to buy oil.

Read more: Islamabad and Riyadh partnering for peace and stability

Powerful Pakistan army chief General Qamar Javed Bajwa has already arrived in Beijing on a three-day official visit, the military said Sunday. “During the visit, COAS (Bajwa) will interact with various Chinese leaders including his counterpart,” it said.

Spanish government to meet in Barcelona amid separatist protests