In Pakistan, accountability can be bent according to the will of the powerful. The power sector in Pakistan faces a struggle in the face of corruption & mismanagement. A committee formed to address it is headed by a person who more or less is responsible for it. 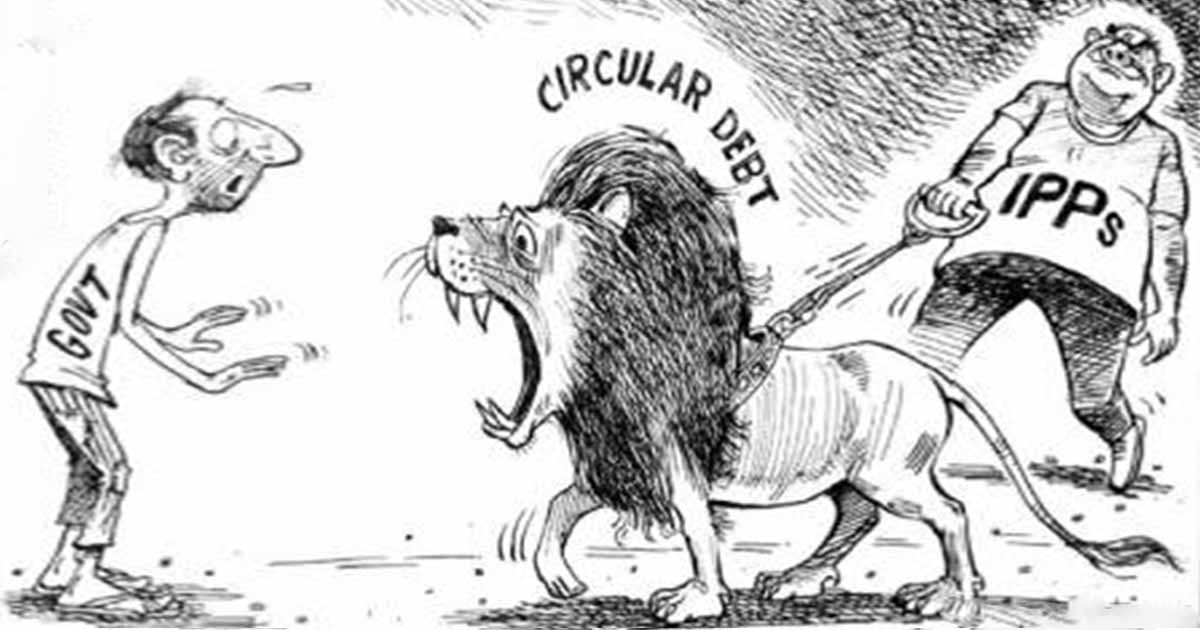 The power sector’s circular debt has crossed the Rs.1.7 mark. The government had claimed to had reduced the flow of circular debt to Rs.12 billion a month but the Asian Development Bank (ADB) spoke of an increase of Rs.21 billion at the end of August.

Soon thereafter, on 7th August the Minister for Energy Omar Ayub had constituted a nine-member committee to identify and examine causes of the high cost of electricity with special reference to private power generation i.e. Independent Power Producers and figure out the causes of Circular Debt.

A close relative of the minister, Muhammad Ali, according to a national daily, was named as the head of the committee. An official told daily Business Recorder that Ali’s name as Chairman Committee was forwarded by the Prime Minister’s office.

The main charge against Muhammad Ali was extraction of Rs.39 billion from consumers in connivance with officials of Sui Northern Gas Pipeline (SNGPL) and Sui Southern Gas Company (SSGC) during his tenure as chairman

Ali’s nomination to head the committee has raised many eyebrows because he apparently is still facing a National Accountability Bureau reference and critics wonder as to whether he has gotten off the hook. Nobody knows the status of that case. IPP sources also claim that while heading the committee to review the power sector, Mr. Ali has quietly already launched secret negotiations with IPPs for motives best known only to him and those around him.

Also, energy is a complex issue. It requires technical experts only to be able to dissect various dimensions of this complexity.

Interestingly, Mohammad Ali is a former Chairman of the SECP and a well-known stock exchange broker. Back in April 2013, the Supreme Court had set aside his appointment on the grounds that his “selection and appointment” did not meet the requirements of the SECP Act of 1997.”

The petitioner Mohammad Ashraf Tiwana, a former head of the commission’s legal department, had taken the plea that Ali was the largest shareholder and director of a private brokerage firm, Fortune Securities Limited.

The SECP regulates corporate and financial sectors and all corporate entities and companies, including securities market, non-banking finance sector, the insurance industry, stock markets, credit rating agencies, brokers, surveyors and auditors, and hence Ali’s presence on the top of SECP amounted to a conflict of interest.

Ali’s appointment, according to daily Dawn (Dec 24, 2010), had triggered fears that the appointment of somebody from within the market could lead to a situation where few hands would be manipulating the stock exchanges.

Information gleaned from various national newspapers suggests that during the tenure of former Chairman, Qamar Zaman Chaudhry, Ali put National Accountability Bureau (NAB) under immense pressure from an influential personality to withdraw cases against him, although NAB had submitted a complete charge sheet against him.

The issue of circular debt is crippling for the economy for sure. The government has to find a way to fix it permanently

The main charge against Muhammad Ali was extraction of Rs.39 billion from consumers in connivance with officials of Sui Northern Gas Pipeline (SNGPL) and Sui Southern Gas Company (SSGC) during his tenure as chairman.

He was among those quizzed by NAB with regard to the multi-billion-rupee Oil and Gas Regulatory Authority (OGRA) scandal.

Also, back in August 2013, the Federal Board of Revenue (FBR) had ordered action against Muhammad Ali for concealing personal investments and not filing wealth statements while serving as one of the country’s top regulators, official documents reveal.

“As per FBR documents, Ali did not file wealth statement for the years 2010, 2011 and 2012 even when he was the SECP chairman – a conduct seen by many analysts as unbecoming, on both legal and moral grounds, of a person serving as the regulator of Pakistani capital markets, according to The News (August 7, 2013).

Read more: Agreements with IPPs are a noose around our necks, says CJP

Is Ali’s case similar to that of Nadeem Babar, a special assistant to the prime minister? Babar’s company has had outstanding issues with gas suppliers to the tune of Rs.2.6 and with massive direct and indirect stakes in the IPP business, including the majority shares of Orient Power- an independent power producer (IPP). He was also an advisor to the Energy Committee that Nawaz Sharif had formed.

A very disturbing picture emerges from the aforementioned facts. It also raises questions as to whether morally tainted people/groups can be put in charge of important positions and whether they can guard against the conflict of interest that PM Khan has often been peddling.

Quite strange that despite several open facts around IPP contracts, the government opted to set up yet another nine-member inter-departmental committee to determine the power sector’s ailments.

Aren’t the contracts and records of production available? Manipulation and appropriation of funds for the pockets of a few has been known since the PPP resumed power in 2008. So have been the causes.

Read more: Load-shedding under the name of maintenance?

But we have yet another committee, led by a person known as a financial maverick who can make things move as he wishes.

The issue of circular debt is crippling for the economy for sure. The government has to find a way to fix it permanently. But self-serving people may not provide the answer to it.

Imtiaz Gul is the founder and Executive Director of the Centre for Research and Security Studies (CRSS), an Islamabad-based think tank. He is the author of Pakistan: Pivot of Hizbut Tahrir’s Global Caliphate. This article was originally published in the Daily Times and has been republished with permission. The views expressed in this article are the author’s own and do not necessarily reflect Global Village Space’s editorial policy.

Did Zardari confess to fake accounts on live Tv?

Nawaz Sharif: In a short time from “mujhey kyun nikala” to “I know why I am being...