Pakistan’s Unpredictability at Its Finest! 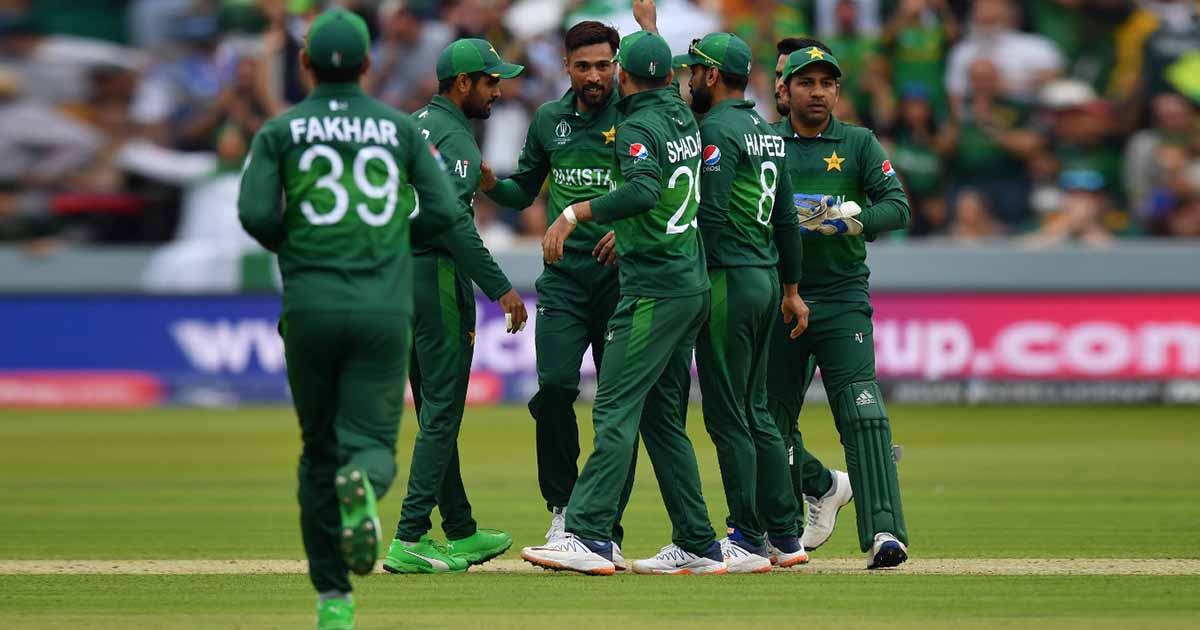 The Pakistan Cricket Team bagged massive appreciations from fans on Twitter for its spectacular win over the unbeaten New Zealand side in the ICC Cricket World Cup last night, on Wednesday. The men in green outclassed the black caps after a high-strung contest.

The scoreboard, with a target of 238-runs at the end of New Zealand’s innings, upset the anxious fans, dubious if the men in green would make it.

Pakistanis around the globe rejoiced when Skipper Sarfraz sealed the game with a winning stroke in the last over. Babar Azam and Haris Sohail’s strong partnership flew the team towards victory in a must-win match after the openers, Fakhar Zaman and Imam-ul-Haq, miserably crumbled.

Meanwhile, Twitter bustled with interesting comments and memes throughout the match, keeping the viewers pumped up. And soon after, Twitter exploded with messages of appreciation and felicitation from notable dignitaries.

Babar Azam, brilliance. Wanted to make runs under pressure, he delivered, doesn't get tougher than chasing in a world cup fixture with your team fighting to stay alive in the competition. #CWC19 #NZvPAK #PAKvNZ

Yassssss!!!! Mubarak #Pakistan ❤
What a game boys!! Take a bow @babarazam258 and @HarisSohail_ckt , #shaheenafridi . What a game! Onto the next one inshAllah!

In case you want to know what it’s like outside Edgbaston right now…#CWC19 #NZvPAK @ESPNcricinfo pic.twitter.com/S7lPF4CrDQ

Things have started to heat up at the #CWC19 Good game of cricket today! Pak put up a confident front, played sensibly & got the results. Congratulations on the convincing win! #NZvPAK

Pakistan going against all the odds and beating unbeatable NewZealand in #CWC19 just like they outclassed them in 92'Worldcup.Special Praises 4 Shaheen Afridi, Babar Azam & Haris Sohail.Pakistan is the most unpredictable team. Well Played Boys! #NZvPAK #PAKvNZ #WeHaveWeWill

Congratulations to our cricket team for a great comeback. Congratulations especially go to Babar, Haris and Shaheen for their brilliant performances.

As Pakistan made an unexpected turnaround after its two consecutive wins, even staunch critics like former pacer Shoaib Akhtar could not resist himself from appreciating the team. He posted a video in which he congratulated the entire team for victory.

“Never corner Pakistan. We become tigers when you do that. Congratulations & well-done boys”, Shoaib Akhtar captioned his video.

Waseem Akhtar, excited over the win stated; “They must be given credit for such an outstanding performance. They were in a commanding position since the first ball of the match, they bowled well, batted well and fielding was good too.”

The entire political fraternity expressed their delight over Pakistan’s victory against New Zealand.

Excellent performance by Pakistan. Babar and Haris have played remarkably today. All we need is that they continue this form and performance in the coming games and give the nation a chance to rejoice in the form of world cup trophy! 🙂#PAKvNZ #CWC19 🇵🇰

Alhamdulillah Men in Greens made it again. Congrats Pakistan!
Played like wounded tiger. Exceptional performances by Baber, Haris, Shaheen & the entire team. May Allah be with you “Ameen”#PAKvNZ

Pakistan cricket:
Entertaining, surprising & keeping everyone at their toes since the beginning.

Well played Babar Azam! Truly world class by all standards.
And well played Pakistan. You have shown belief in yourselves! That is all that is required to keep going!
Love & prayers with u from all of Pakistan #ICCWorldCup2019 #PAKvNZ #TeamPakistanZindabad

Pakistan’s win against New Zealand was crucial for them to continue their journey in the ICC World Cup.

Will Sara Ali Khan be in Hindi Medium 2?