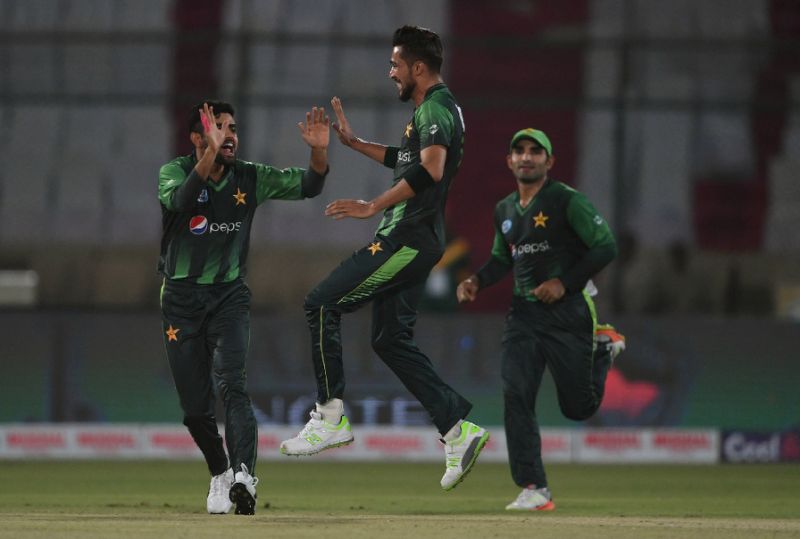 Pakistan thrashed a depleted West Indies side by 143 runs in the first Twenty20 on Sunday at the National Stadium in Karachi, the first international match in the city for nine years. Pakistan, the world’s top-ranked T20 side, equalled their highest total in the format of 203-5 in 20 overs before bowling the West Indies out for their lowest-ever T20 total — 60 runs — in 13.4 overs.

The West Indies, missing their regular skipper Carlos Brathwaite and stars like Chris Gayle and Kieron Pollard, could not handle Pakistan’s varied bowling attack. Only Marlon Samuels (18), Rayad Emrit (11) and Keemo Paul (10) reached double figures. Pakistan’s margin of victory is the second-biggest in T20s, behind Sri Lanka’s 172-run win over Kenya in Johannesburg in 2007.

The three-match T20 series against the West Indies is seen as a big step towards reviving international cricket in Pakistan, which was suspended in 2009 following a 2009 militant attack on the Sri Lankan team bus in Lahore.

Previously, the hosts’ biggest victory in T20s was a 102-run win against Bangladesh in Karachi in 2008, after scoring 203-5. Mohammad Amir, Mohammad Nawaz and Shoaib Malik got two wickets each. Pakistan captain Sarfraz Ahmed praised his team’s performance in the series-opener.

“I think we were excellent today,” said Ahmed. “We have an important match tomorrow and with another win we can seal the series win.” The West Indies’ new T20 skipper Jason Mohammad blamed the defeat on poor batting.

“It was a tough day. We did well with the ball till the last two overs. It was a good wicket, but our shot execution wasn’t good,” said Mohammad, who fell for nought. The West Indies’ previous lowest T20 total was 79-7 against Zimbabwe at Port of Spain in 2010.

Debutant Hussain Talat top-scored for Pakistan with a 37-ball 41, hitting a six and two boundaries. He added 75 for the third wicket with Sarfraz, who scored a 22-ball 38 with a six and four boundaries. Opener Fakhar Zaman hit a 24-ball 39, while Shoaib Malik played a fiery knock of 37 not out, facing 14 deliveries and hitting two sixes and four boundaries.

Pakistan thrashed a depleted West Indies side by 143 runs in the first Twenty20 on Sunday at the National Stadium in Karachi, the first international match in the city for nine years.

The charge helped Pakistan get 66 runs in the last five overs. Despite this being the first international match in Karachi — Pakistan’s largest city — only 18,000 people watched the match in the 33,000-capacity stadium. But those present were in a celebratory mood.

“It’s something we’ve been trying to prove, that it’s safe to play here,” said Zehra Kazmi, a housewife. Aftab Khan, a student, said he was hoping for more top-level cricket on Pakistani soil. “I can’t express my feelings in words so we welcome all the players from the international cricket,” he said.

“They should come to Pakistan and play… because Pakistan is a very peaceful country.” The three-match T20 series against the West Indies is seen as a big step towards reviving international cricket in Pakistan, which was suspended in 2009 following a 2009 militant attack on the Sri Lankan team bus in Lahore.

Pakistan hosted five limited over internationals against Zimbabwe in 2015 before last year’s final of the Pakistan Super League, followed by a T20 series against a World XI and a T20 against Sri Lanka. This year Pakistan staged two PSL play-offs in Lahore before last Sunday’s final of the T20 tournament in Karachi.

Was Ambassador Haqqani implementing the policy or making it?

Is Europe divided at UN Security Council after Brexit?