Palestinians stranded by coronavirus have no way to go home

Thousands of Palestinians who are stranded abroad are voicing their desire to go back on all platforms. This is a tough time for Palestinians, as the logistics for bringing them back home are infinitely more complicated than those of other countries. 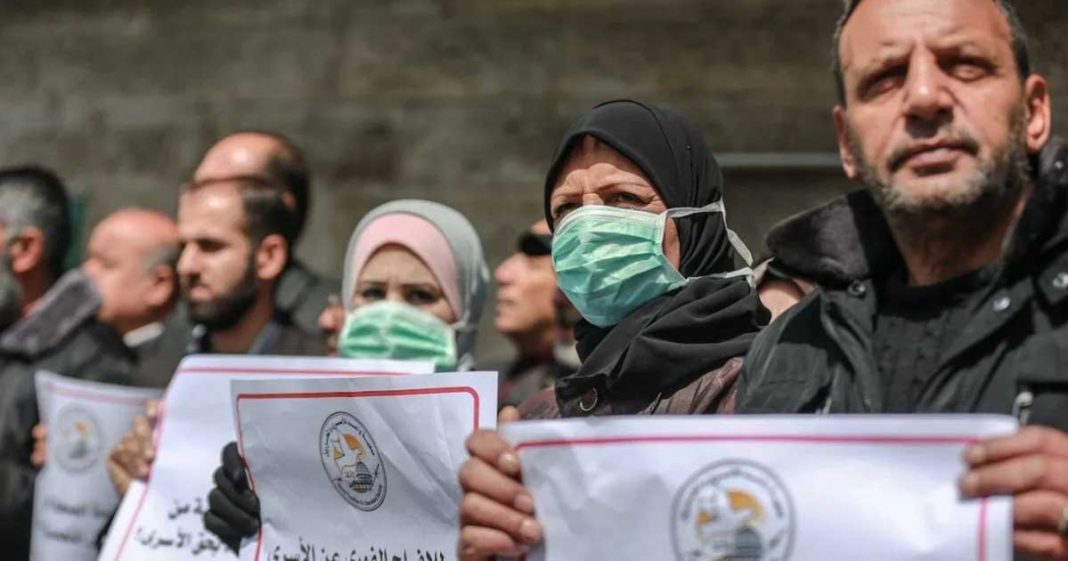 Thousands of Palestinians stranded around the world by the coronavirus are still seeking a way home, months after countries closed their borders and grounded flights in the face of the pandemic. This is a hard time for Palestinians, as the pandemic has added insult to the injury of the imminent annexation of much of their land by Israel.

Aseel Bader touched down in Tuscany in January, after winning a scholarship for a master’s programme at the University of Florence.

Just weeks later Italy imposed a nationwide lockdown as the coronavirus spread rapidly, prompting Bader to look for a way back to Hebron in the occupied West Bank.

“I tried to book to come to Palestine, but the response was to stay where you are because it’s safer,” the 26-year-old said.

Bader said staff at the Palestinian embassy in Rome had been very responsive, “but their response isn’t helpful” as they have no information on when she can travel.

The Palestinian Authority says 6,000 people want to come home, but the logistics are incredibly complicated.

“Maybe we are the only government in the world that can’t bring back its own students” and others stranded, prime minister Mohammed Shtayyeh said Tuesday.

West Bank residents usually travel via Jordan, an easier route than getting the Israeli permit needed to pass through Tel Aviv airport.

Thousands of Palestinians stranded abroad urge for repatriation @AJENews https://t.co/Ju7igMcI0R
As the PA does not control its borders, Palestinians face obstacles in returning home during the coronavirus pandemic.— Ramy Abdeljabbar (@Ramdog1980) May 23, 2020

But the frontier with Jordan remains closed and the PA has no say in when it will open, as Israel controls the border.

Israel’s military branch responsible for civilian affairs in the Palestinian territories, COGAT, did not immediately respond to a request to comment on whether it is involved in facilitating returns.

Palestinians stranded by coronavirus: clear failure on part of authorities

Among Palestinians trying to get to Gaza, the coastal enclave ruled by Islamist group Hamas, around 1,500 stuck in Egypt were allowed to return through the Rafah border crossing last month.

Smaller numbers have entered the enclave through Israel, but Palestinians further afield are still stranded.

Taghreed Darwish and her two daughters left Gaza in February to visit her husband in Glasgow, where he has been studying, and since coronavirus hit she has been unable to find a flight from Britain to Egypt.

“There was a clear failure by the foreign ministry to coordinate our evacuation,” said the 35-year-old, who was working on women’s rights in Gaza.

Due to her lengthy absence, Darwish said she has lost her job, a serious blow as unemployment topped 50 percent in Gaza, according to 2018 figures from the World Bank.

“I am the breadwinner of my family in Gaza, until I get back I don’t know what our fate will be,” she said.

The message Darwish received from the Palestinian foreign ministry was that because it does not act as a sovereign state, they must wait for approval from Egypt and Jordan for repatriations.

Some of those stranded have set up a Facebook page — “Bring us back home” — sharing videos of those abroad and their families asking Palestinian authorities to intervene.

“We started this campaign for several reasons, to support each other after the system failed us,” said Zaid Shuaibi, 31, who is involved in the Facebook initiative.

He became stuck in Johannesburg after travelling from the West Bank city of Ramallah to South Africa for a two-month course, which was ultimately cancelled due to coronavirus.

Over 4,000 Palestinians have been stranded abroad, unable to return to Palestine and host countries like Lebanon due to the coronavirus pandemic with governments refusing to help repatriate them. They have now launched a campaign to highlight their plight https://t.co/joPJ1aDWry— The New Arab (@The_NewArab) May 15, 2020

Like Bader in Italy, Shuaibi has been given accommodation during his prolonged stay, although many Palestinians have not been so lucky.

“There are a lot of people who are really suffering,” he said, such as Palestinians who had found work in the Gulf only to lose their income when the pandemic hit.

In the United States and elsewhere, Shuaibi said people have come forward to offer stranded Palestinians rooms or to pay their rent.

While Shuaibi is left waiting to go home, he said “several” Palestinians with connections to the PA were able to return through Tel Aviv.

Ahmed al-Deek, an official at the Palestinian foreign ministry in Ramallah, denied the claim and said work was underway to bring people home.

“We are preparing the return of 1,600 Palestinians who were assembled in Egypt, they will be returned to Jordan and then to the separation bridge towards the West Bank,” he told AFP, without elaborating.

But for thousands of other Palestinians such as Darwish, the absence of a path home is taking its toll.

“The psychological conditions are very bad, under home quarantine and in unknown circumstances,” she said.

Will SC transfer corruption cases against Zardari from Islamabad to Karachi?

Kashmir propels Pakistani-American diaspora to come on the world stage