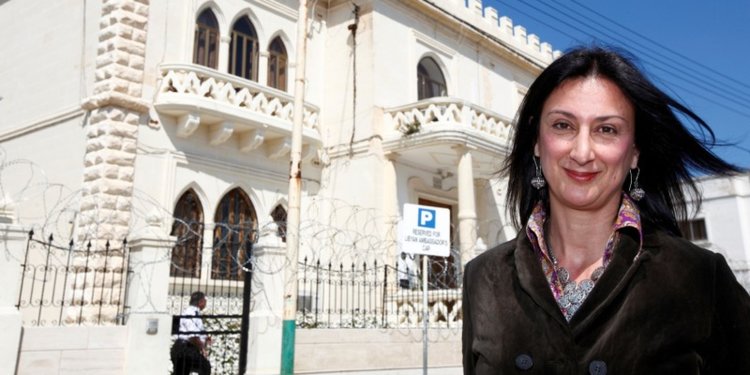 A Maltese journalist who revealed high profile names in Malta linked to the Panama papers, died yesterday after a bomb blew up her car. This news was announced by the country’s prime minister, Joseph Muscat.

Daphne Caruana Galizia, 53, had just set out in her car from her home in Bidnija, a  small town near Malta’s capital Valletta, when the bomb exploded. The whole car was wrecked with parts falling at distance into nearby fields.

Prime minister Muscat stated her death was a “barbaric attack” that was an offense on the freedom of expression, that “goes against civilization and dignity.” He also described the journalist as “was one of my harshest critics, on a political and personal level.”

This is a spiteful attack on a citizen and freedom of expression. I will not rest until justice is done. The country deserves justice -JM

Galizia was named by the politics website, Politico as among the 28 Europeans who are “shaping, shaking and stirring” Europe in 2017. She had exposed that Muscat’s wife, Michelle, as well as Muscat’s energy minister and the government’s chief-of-staff, as holding companies in Panama. She had alleged that Michelle, was the owner of a company in Panama and that vast sums of money had been transferred between the company and bank accounts in Azerbaijan. Muscat and his wife deny they held such companies. Politico described her as “a one-woman WikiLeaks, crusading against untransparency and corruption in Malta.”

Opposition leader Adrian Delia has called the killing a “political murder.” Caruana Galizia had been sued for libel because of various articles she wrote on her blog “Running Commentary.” Her blog was a leading factor in Muscat that led to early elections being held in June 2017, after she alleged that the Prime Minister and his wife were linked to the Panama Papers scandal.  She had filed a report with the police two weeks ago that she was receiving threats. Gerard Ryle, director of the International Consortium of Investigative Journalists, has called for the Maltese authorities to “investigate the murder and bring the perpetrators to justice.”

Previous articleIs it about time speculations over ‘threats to democracy’ must stop?
Next articleMajor WiFi security flaw puts millions of devices at risk

4 August 2021
Previous articleIs it about time speculations over ‘threats to democracy’ must stop?
Next articleMajor WiFi security flaw puts millions of devices at risk

The future of PTI’s government in AJK

Panama Papers: Why ‘Commission’ should be rejected?