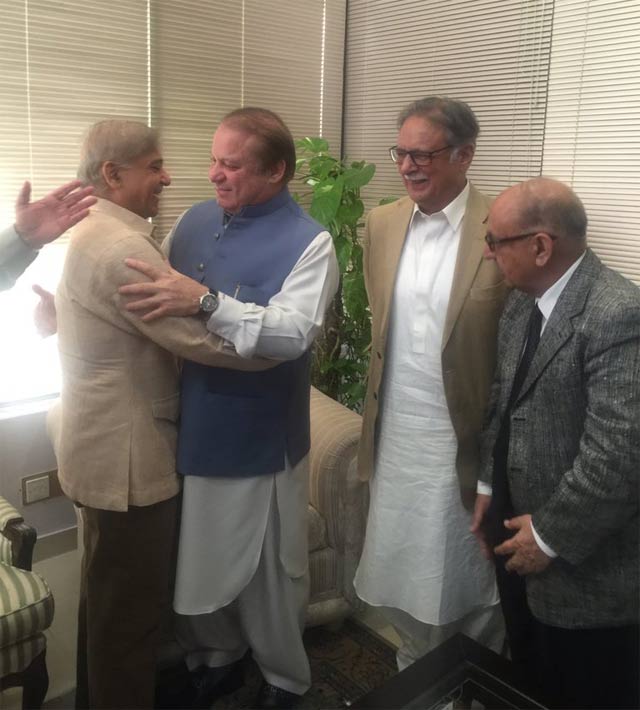 A Muslim majority nation has, for the first time in history, disqualified a chief executive from his post through due process of law. The Supreme Court proceedings through which this verdict was reached are acknowledged as being unquestionably meticulous and transparent.

Since April 2016, after the Panama revelations, Prime Minister Nawaz Sharif’s moral authority to rule has been a hotly debated issue. Despite all major political parties demanding the prime minister’s resignation, Nawaz refused to budge. The only route visible for the resolution of this deadlock was through a comprehensive and transparent legal process, however, many in the media and public were skeptical of the Supreme Court’s ability to conduct an impartial investigation of one of the most powerful and influential chief executive in the nation’s history.

The verdict passed by the Supreme Court today (Friday, July 28th) is being lauded for cementing the authority, reputation, and prestige of the judicial system of Pakistan.

Imran Khan called a press conference at his residence in Bani Gala, Islamabad where he lauded the Supreme Court for preserving the rule of law

The 5 bench unanimous decision disqualified Nawaz Sharif from the office of Prime Minister because he failed to disclose all of his assets before running for office and for which, under Section 99(f) of ROPA and Article 62(1) (f) of the Constitution of the Islamic Republic of Pakistan, he has been found to be dishonest by the honorable SC judges. It has also disqualified Finance Minister Ishaq Dar and son-in-law of the PM, Captain (retd.) Safdar from holding public office.

It has also directed the National Accountability Bureau (NAB) to file references against the Sharif family and others involved. (NAB) Chairman Qamar Zaman has been directed to excersize no power as he his integrity has been found compromised with regards to the Prime Minister.

The judgment was followed by a firestorm of media frenzy. Supporters of Pakistan Tehreek-i-Insaf were seen distributing sweets outside the Supreme Court while PML-N stalwarts launched rallies in several cities and deplored the disqualification of Nawaz Sharif.

Imran Khan called a press conference at his residence in Bani Gala, Islamabad where he lauded the Supreme Court for preserving the rule of law. He stated that the verdict marked a new chapter in Pakistan’s history where the rich and powerful will be considered equal along with common citizens under the supremacy of law.

He termed the JIT members as being national heroes who, despite facing immense pressure from the government, carried out their duties with professionalism and integrity.

He further said that he and other leaders from his party whole heartedly accepted the scrutiny of their own personal financial affairs and expressed confidence in the courts to carry out impartial accountability.

He announced a celebratory rally at the Parade Grounds in Islamabad on Sunday where he would congratulate his party workers and reveal future plans of PTI.

Representatives of the ruling PML-N called a press conference after a consultation meeting between party leaders and the Prime Minister.

Members of the Prime Minister’s legal advisory team respectfully disagreed with the logic behind the verdict. They stated that this was a one of a kind judgment which was not in line with previously set precedents.

Railway Minister Khawaja Saad Rafique labeled the verdict as “another blow to democracy” and put forth his party’s narrative which alluded to a conspiracy against democracy in Pakistan. However, he failed to identify any anti-state elements which were supposedly involved in this conspiracy. When pressed, he clarified that his party was not accusing any “institutions” of Pakistan rather it was an international conspiracy.

Former cabinet member and Minister for Planning and Development Ahsan Iqbal said that the charge on which the Supreme Court had disqualified the Prime Minister was minor and inconsequential and the severity of the punishment was unwarranted. He stated that the exclusion of assets for which the Prime Minister had been penalized could have been a “typing error.”

Both PML-N stalwarts expressed confidence in their leader’s innocence and confirmed that there would be no giving up on the “struggle for democracy” they did not confirm any rumors regarding the replacement of the Prime Minister.

Important questions raised by the Media

Influential pundits and analysts in the media have started identifying key questions regarding the post-verdict state of the government. There has been much speculation regarding the replacement of the Prime Minister. So far, Khawaja Asif, Ayaz Sadiq, and Shahid Khaqan Abbasi seem to be the top candidates according to several media reports.

It is also being speculated that Chaudhry Nisar might be convinced to make a comeback after his fiery press conference a day earlier in which he announced his departure from politics.

This is currently a fluid situation with developments taking place by the hour. Check the GVS page for more timely updates and analysis.

Who paid $450 million for this Da Vinci painting?