Parliamentarians to be schooled by Ethics Committee 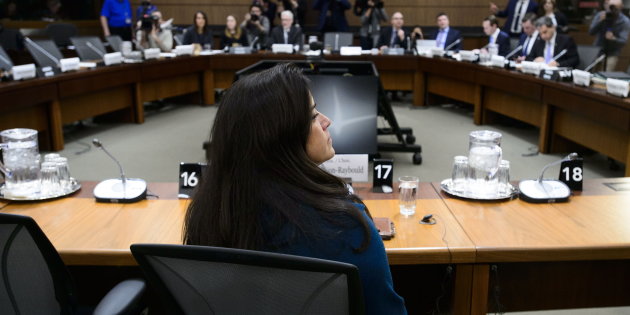 The government and opposition have decided to form an Ethics Committee on Thursday. Defense Minister Pervez Khattak informed the house it had been decided during a parliamentary meeting of Pakistan Tehreek-i-Insaf (PTI) lawmakers that assembly proceedings would be run strictly in accordance with rules, “and the use of unparliamentary language would be discouraged.”

According to the details, the said committee will have members from the treasury and opposition benches to devise a joint strategy for the smooth running of the lower house. Since the time PTI came into power, there has been heated debates and exchange of harsh words in the assembly. It is important to mention here the recent tussle between the Minister for Information and PML-N and PPP lawmakers where the speaker had to repeatedly intervene and urged them to remain peaceful.

The said committee will have members from the treasury and opposition benches to devise a joint strategy for the smooth running of the lower house.

Similarly, a month ago there was a fight between the PTI and PML-N lawmakers in the Punjab assembly. Shockingly, the PML-N lawmakers are accused of not only damaging the public property but also manhandling the staff of the assembly. Shahbaz Sharif, PML-N president and opposition leader in the National Assembly, welcomed the proposal presented by Mr. Khattak and urged the lawmakers to respect each other.

“If we want respect for this house, we should use parliamentary language and our conversation should be based on facts. We should talk on national issues instead of wasting time,” he said. Former prime minister and PPP leader Raja Pervez Ashraf also supported the idea. He said that by using unbecoming language, members of the house were only ridiculing themselves.

Use of indecent langue in Pakistan’s Political Discourse

This did not happen for the first time in Pakistan’s modern political history that the lawmakers used non-parliamentary language in the house. As a matter of fact, there are a number of politicians who not only used bad language for their political opponents but also make derogatory comments to ‘insult’ female politicians.

Rana Sanaullah, former Law Minister of Punjab and senior leader of PML-N, while speaking to reporters outside the Punjab Assembly made inappropriate comments about the women who attended the rally of PTI, saying: “The women who attended the rally were not from honorable families because their dance moves implied where they had actually come from.”

This did not happen for the first time in Pakistan’s modern political history that the lawmakers used non-parliamentary language in the house.

Another PML-N leader, Abid Sher Ali, also issued derogatory remarks against PTI’s chief whip and Minister for Human Rights Dr. Shireen Mazari while addressing a public gathering, saying that while she was protesting against Finance Minister Miftah Ismail’s budget speech in the National Assembly, she had said: “Don’t touch me.” “What is there to touch?” he asked a crowd in Punjabi, as an attempt to make a lewd joke.

Political analysts believe that the society in Pakistan is already polarized and divided on various ethnic and sectarian lines and this latest trend of foul language will further add to already existing extremist approach of the youth when it comes to political rivalry in the country. Experts are often seen suggesting the politicians to be careful when they decide to verbally attack their opponents.

Improper use of language will give birth to more non-democratic political values in the country which will ultimately challenge the quality of our democracy. For lay public, it is interesting and encouraging to see that the government and the opposition have decided to form a committee to devise a framework of comminution in the national assembly. This will set a healthy precedent in the country where politicians generally don’t care about the type of language they use while attacking their opponents in public gatherings.

Russia starts probe into Nazi massacres: Who was behind this?

“Soviet Union could have been saved if …..”, Gorbachev makes startling claim