Pashtun laborers killed in Afghanistan: Why is PTM silent? 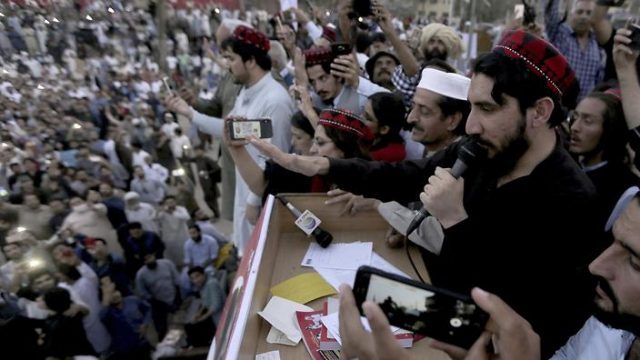 Afghan security forces have killed eight innocent Pakistani tribesmen in Paktika province of Afghanistan, Khyber News reported on Monday. According to Khyber News correspondent, the tribesmen belonged to Kabalkhel tribe of North Waziristan tribal district. The Special Forces of Afghanistan had carried out raids on the homes of Kabalkhel tribe near Pak-Afghan border in Bermal district of Paktika province.

The victims were laid to rest in Afghanistan. Their funeral prayers were attended by thousands of people. The relatives of the victims say that the killed tribesmen never remained part of any terror organization.

Pakistan has condemned the killing of eight innocent Pakistani tribesmen by the Afghan security forces. Dr. Mohammad Faisal, who is the spokesperson for the foreign office, tweeted Pakistan’s response on Monday night.

There was a massive uproar on social media as well.

Why is our media still silent on this one?? What's going on in Afghanistan with Pakistanis?? This is unacceptable and should not go unchecked and a response must be given to Afghan govt. https://t.co/w8IWX1QvkU

Afghanistan: Reports from Bermal, Paktika indicate Afghan Army and SOF have killed at least 8 Pushtoon men believed to be from Waziristan (Pakistan) in front of their families after pulling them out from their houses. All 8 men are believed to be labor workers. pic.twitter.com/ke8ufcoNdM

This is how Voa deewa and mashaal radio are justifying the killing of innocent afghan pashtun in Afghanistan. #Sharamnak pic.twitter.com/JN66v1OBZk

Strangely haven't heard much about this even on social media. Will certainly cover it. https://t.co/oMr1ZKC0LJ

The social media activists also took to task some ethnonationalists who used unsubstantiated allegations to attack national institutions but remained quiet on atrocities across the border. The notorious group known as the Pashtun Tahaffuz Movement was particularly berated for its dual nature manifested in its silence over human rights abuses by the Afghan government on native Pashtuns.

US Secy State Blinken hounded on TV over Taliban takeover