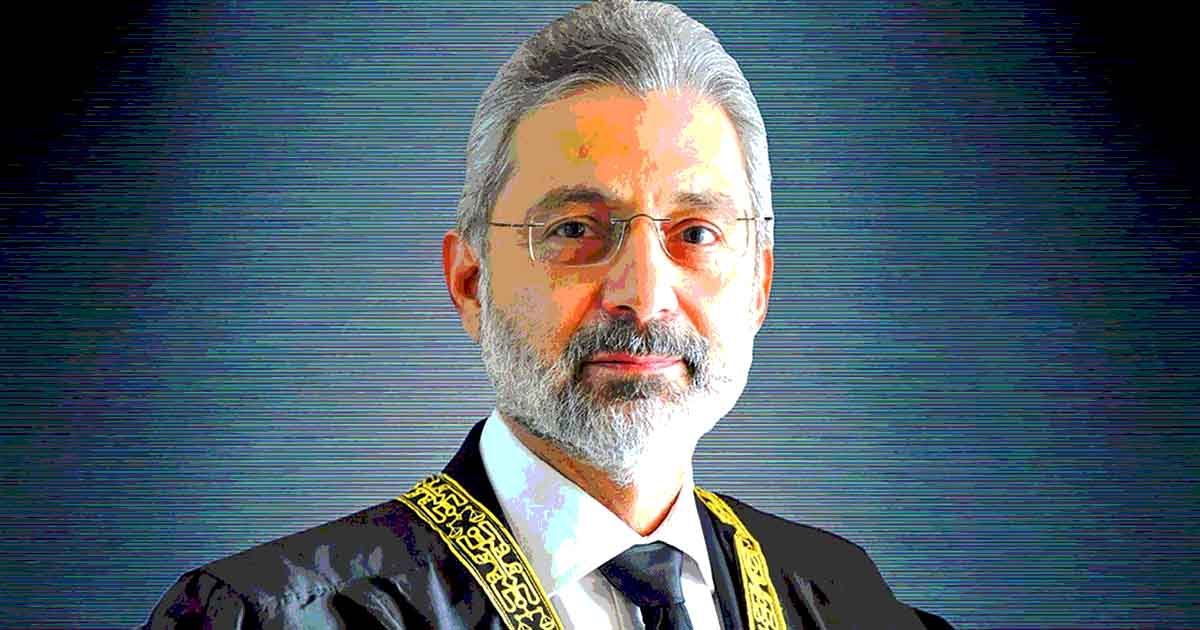 They said the reference prepared by Federal Minister for Law and Justice Farogh Nasim is solely based on mala fide intentions to divide the judiciary and its motives and drives had now become clear to the public.

They further said that after failing to divide the judiciary, the minister was now bent upon dividing the legal fraternity.

.@MuhammadZiauddi analyses government’s many ‘blunders’ in the case pertaining to presidential reference against Supreme Court Justice Qazi Faez Isa and says that the govt might ultimately have to withdraw the case because the odds are not in its favour https://t.co/qeYnwwtBnX— NayaDaur Media (@nayadaurpk) February 26, 2020

Earlier, the PBC had called upon Prime Minister Imran Khan to expel Law Minister Farogh Naseem from the cabinet after former Attorney General for Pakistan Anwar Mansoor Khan said Naseem was aware of his comments against judges.

The supreme lawyers’ body sought Nasim’s removal from the cabinet following a controversial statement from former attorney general against the judges of Supreme Court.

A full bench of the Supreme Court of Pakistan is hearing a case pertaining to the alleged misconduct of Justice Qazi Faez Isa.

During the course of proceedings, the former Attorney General submitted a report about Justice Isa’s wife and said that she claimed she was filing returns in Karachi while her husband had stated that his income was not taxable, so he did not file returns. Justice Isa’s wife requested for transfer of records from Islamabad to Karachi, he added.

He said she had filed online returns in 2012 and 2013 but the Federal Board of Revenue (FBR) issued notice to her for not filing tax returns after 2015.

The former Attorney General Anwar Mansoor said that the record of her tax returns had been sent to Karachi and she was also informed about the FBR report. Justice Umar Ata Bandial asked the attorney general when he would commence his arguments.

Maryam Nawaz is not just a liar but also incompetent, Dr. Shahbaz Gill

Pegasus, Israeli Spyware: Govt Officials Warned Not to Use WhatsApp

Nankana Sahib and Katarpur are for Sikhs what Makkah and Madina are for Muslims, PM Khan