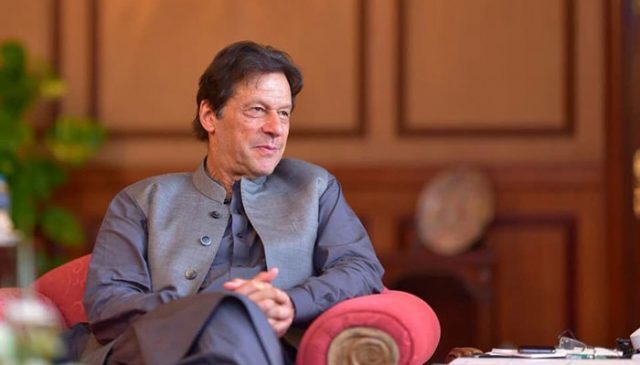 Ever since the tension between two rivalry states escalated, Pakistan leadership has been advocating for the peace and dialogue to move forward. PM Khan and DG ISPR both in their addresses to the nation said that Pakistan has the capability, will, and resolve to fight a war; it has demonstrated by first successfully entering into Indian airspace and dropping bomb–without causing any human life lost– and then shooting down Indian jet and capturing their pilot. But we are peace loving nation and will ask PM Modi to not worsen the situation for his political agendas.

Imran Khan has behaved like a matured leader. His unconditional release of the captured Indian pilot is a great gesture and it takes away reasons from Modi to escalate the conflict. Modi is the big loser in this confrontation and he has to blame himself for this.— Ashok Swain (@ashoswai) February 28, 2019

We in India may not like this, but in terms of pure optics, @ImranKhanPTI at the moment is winning the day by taking the moral high ground .. we have a strong case on terror but too many of our leaders busy calculating votes at the moment..— Rajdeep Sardesai (@sardesairajdeep) February 28, 2019

I must say @ImranKhanPTI has handled the current crisis with India in an exemplary way. A Captain’s innings. #Pakistan

Huge respect for this man @ImranKhanPTI , a big thank you for returning #Abhinanadan tomorrow and truly setting an example that we all want peace. 🙏— meera chopra (@MeerraChopra) February 28, 2019

That's called winning a Cricket match by hitting a Sixer on a 'full toss no ball' to win the match. @ImranKhanPTI you have shown true magnanimity…
PAKISTANI PM KHAN SAYS DOWNED INDIAN PILOT TO BE RELEASED ON FRIDAY "AS A PEACE GESTURE"— Nidhi Verma निधि نيدهى (@Nidhi712) February 28, 2019

By announcing that the captured Indian pilot will soon be released, Imran Khan has paved the way for deescalation. It’s a bold & brave move.

PM @ImranKhanPTI government has scored massive wins in military, politics, diplomacy, morality and statesmanship in the last 48 hours. What a huge paradigm change. Finally a government devoid of personal interests & selfish goals. Pakistan UP on all fronts in this misadventure.— Fakhr-e-Alam (@falamb3) February 28, 2019

Can we take Obama’s Nobel Peace Prize away and give it to Imran Khan?— Jeremy McLellan (@JeremyMcLellan) February 28, 2019

Please accept my heartfelt kudos. You have proved to be a Man of Peace.

My prayer – Now You and PM @narendramodi ji can, and should, together make it WIN-WIN for both New India and Naya Pakistan.#WelcomeBackAbhinandan#SayNoToWar pic.twitter.com/Pr6We13UKI— Sudheendra Kulkarni (@SudheenKulkarni) February 28, 2019

Welcome decision by Pakistan PM @ImranKhanPTI to release the captive indian pilot as a peace gesture. Hope better sense prevails the war clouds scatter and the #Kashmir dispute moves towards a peaceful resolution

@ImranKhanPTI Every noble act makes a way for itself… your goodwill gesture is ‘a cup of joy’ for a billion people, a nation rejoices…
I am overjoyed for his parents and loved ones.— Navjot Singh Sidhu (@sherryontopp) February 28, 2019

What a time to be alive Alhumdulillah – My Pakistan , my PM @ImranKhanPTI and Pak Army has made me feel another level of pride today – I am in tears to see my entire nation stand together for #Peace !
Such an epic clap back in the face of all warmongers! #PakistanZindabad 🇵🇰— URWA HOCANE (@VJURWA) February 28, 2019

Thank you @ImranKhanPTI for releasing #Abhinandhan Thank you to all those Indians and Pakistanis who relentlessly campaigned for the war to end before it even began. Thank you all, again, for stubbornly believing that peace is the only way forward. Peace and love. Always.
✌🏽✊🏽— Ram Subramanian (@VORdotcom) February 28, 2019

For this nobel gesture – next time you come to Mumbai one butter garlic crab at Trishna – mere taraf sey— Atul Khatri (@one_by_two) February 28, 2019

We are a big hearted nation with an even big hearted leader @ImranKhanPTI 🙏🏽 we only want peace. #SayNoToWar— Asim Azhar (@AsimAzharr) February 28, 2019

Will Jehlum be remembered in Pakistan’s political history as Nawaz’s Waterloo?

As Social Media Expands: Pakistan Puts a Leash Around its Neck