PIA is currently operating 'humanitarian flight', but the employees are more worried about the health risks from these special flights repatriating stranded citizens from different countries. The coronavirus has inflicted drastic effects on the profitability of international airlines. 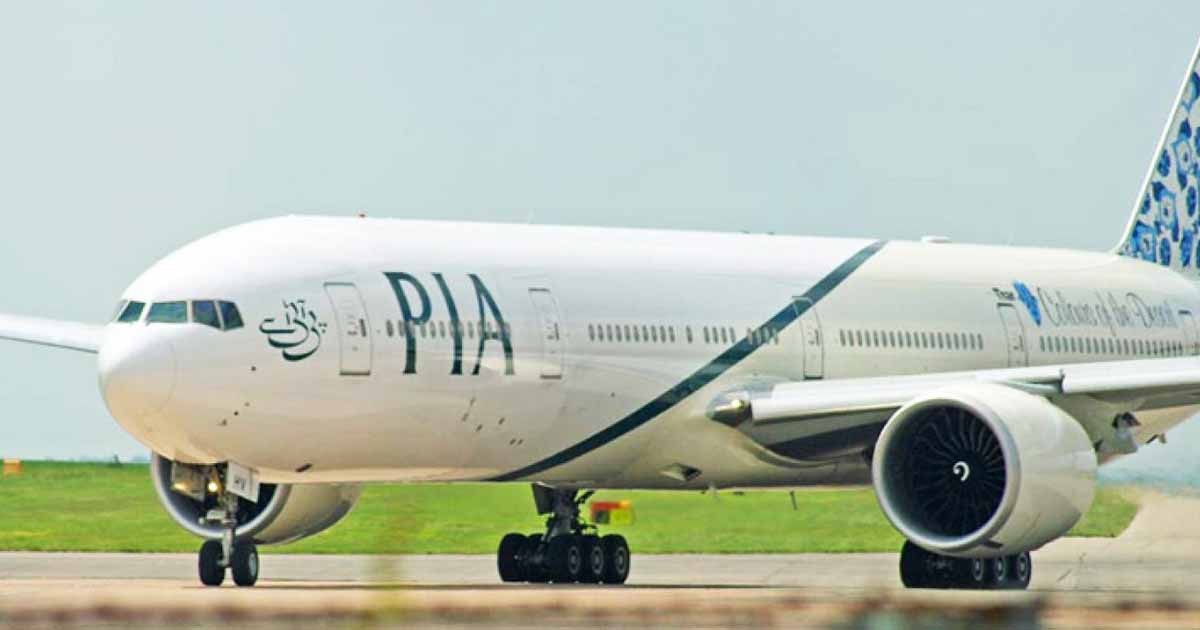 Major airlines across the world have announced layoffs, wage cuts and unpaid leave for staff as cash-strapped firms wait for bailouts amid the coronavirus pandemic which has dried demand and brought travel to a virtual halt. Heathrow, one of the world’s busiest airports has seen a drop of 90 percent in passengers going through it.

Similarly, Pakistan’s national carrier, PIA has incurred financial losses following the suspension of its flight. Pakistan International Airline and the Civil Aviation Authority have recorded losses of Rs.19 billion over the past 1.5 months after the suspension of flights to curb the spread of coronavirus.

Out of this, PIA has recorded a loss of Rs12.50 billion and the suspension of flight operations caused a deficit of Rs6.91 billion to CAA. However, despite these huge losses, unlike private carriers across the world, PIA has so far not laid anyone off. It has asked -on rotation – one third of its staff to avail 10 days of their already accumulated personal leave. Partial flights were started for PIA earlier this month and they are expected to expand after 20 April.

We are parked for your safety till it is ok to fly again. Stay safe. Stay healthy. Stay home. #PIA #InThisTogether #CoronVirusResponse pic.twitter.com/GAaMQHvQBv

It is currently operating ‘humanitarian flights’, to help Pakistanis stranded across the world. However, employees are worried about the health risks from these special flights.

Pilots and staff operating these flights had complained about insufficient personal protective equipment and violation of the social distancing in international flights.

However, the coronavirus has drastic effects on the profitability  of international airlines. The following details show how major airlines have announced changes to their workforce due to the crisis:

AIR CANADA – will place about 15,200 employees off duty and furlough about 1,300 managers.

AIR NEW ZEALAND – will lay off about 3,500 employees, nearly a third of its workforce.

Most of the nation's major airlines applied for a share of $50 billion in federal coronavirus aid. In return, the companies must say how they expect to pay it back — and not lay off workers through Sept. 30.https://t.co/fMjwFbx2r4

British Airways is to ground flights 'like never before' and lay off staff in response to the coronavirus.

Ryanair has told staff they may be forced to take leave from Monday.

The airlines are talking to the Unions. pic.twitter.com/HMCNMDfyNq

Singapore Airlines- nearly 10,000 staff is affected by the capacity cut.

Emirates Airlines- cut wages by half, asked staff to go on unpaid leaves and froze recruitment.

Lufthansa- two-third staff will work for reduced hours after much of the fleet is grounded.

Cathay Pacific- a majority of airlines have taken unpaid leaves.

Norwegian Airline- temporarily laid off AIR 7,300 employees, corresponding to 90% of its entire staff.

Virgin Australia- put 8,000 people nearly 80% of its staff on leave until at least till the end of May.

FINNAIR- Finnair said in early March it would open talks with unions about temporary staff layoffs.

Virgin Atlantic- asked staff to take unpaid leave for eight weeks over the next three months.

EasyJet- laid off its 4,000 UK-based cabin crew for two months.

WIZZ AIR- The European low-cost airline of Hungary said it planned to cut 1,000 jobs, almost a fifth of its workforce, and reduce salaries.

VIETNAM- Up to 10,000 employees and staff will have to stop working while others’ salaries have been cut.

TAP AIR-  Portugal’s national carrier will temporarily lay off around 90% of its more than 10,000 employees.

SAS- Scandanavian Airlines has temporarily laid off up to 10,000 employees, or 90% of its total workforce.

Brace for impact: CEO of U.S.’s United Airlines warns company could lay off half of their staff due to #coronavirus, without a government bailout. Blames plummeting travel demands. United United Pilots pic.twitter.com/vmoOeKik30

JETBLUE -The carrier said in early March it was considering voluntary time-off programs for employees and reducing hiring.

United Airlines- it froze recruitments, delayed merit pay rise and offered voluntary unpaid leave. It said will shrink the size of the staff if it did not get the necessary bailout package from authorities.

ALITALIA Alitalia asked Italy’s government to raise the number of its employees under a temporary lay-off scheme by 2,900 to nearly 7,000.

Previous articleUK-Italy team hopes to synthesize coronavirus vaccine till September
Next articleMufti Muneeb, ulemas’ dissent on lockdown as mosques to be forced open