Perhaps Khan was not a cricketer? Geo’s continuing love affair with IK 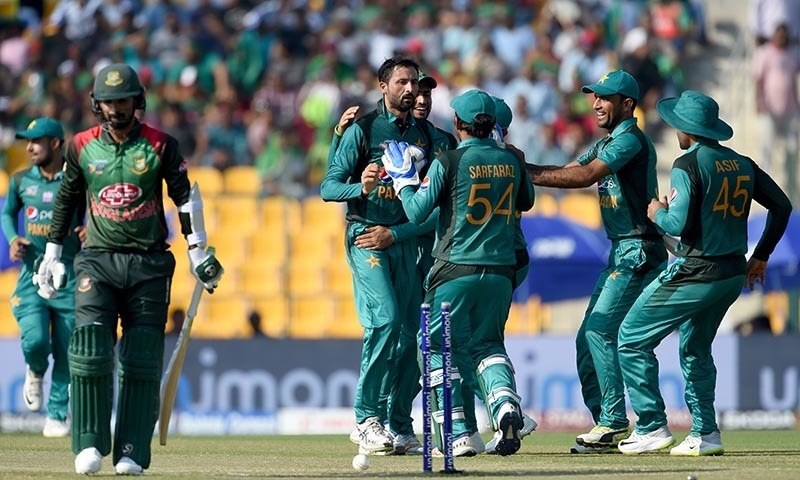 Just as the Panama case reaches its culmination point, the future of Prime Minister Nawaz Sharif hangs in the balance. The concluding remarks of the judges saying that if discrepancies are proven the brunt would be borne by the Public Office holder has rung alarm bells in the camp of the PML-N. While the supporters are crying the conspiracy hoax, the opposition is predicting his disqualification.

However, it seemed as if the Panama case was overshadowed by the one and only Imran Khan. The former cricketer and Nawaz’s biggest opponent, not to forget a conduit for all toadies to garner Sharif’s patronage, is battling in the Supreme Court. He is fending-off a petition filed by the  “clean” and “impeccable” Hanif Abbasi.

Petitions seeking the disqualification of Imran Khan and Jahangir Tareen over the non-disclosure of assets, their ownership of offshore companies and for being a foreign-funded party are currently being heard in both the SC and the ECP.

He while maintaining that he bought those properties from his cricket earnings, gave out his full details to the Supreme Court on Saturday.

The first one to provide credence to Imran Khan’s claims was his ex-wife Jemima Goldsmith. She furnished the details of the 15-year-old record of the transfer of funds for the purchase of Bani Gala estate. She tweeted: “Finally tracked down 15-year-old bank statements to prove Imran Khan’s money trail/innocence in court. Now please go after the real crooks.”

With that being settled, Khan was asked to provide money trail of his flats in London. He while maintaining that he bought those properties from his cricket earnings, gave out his full details to the Supreme Court on Saturday.

Khan said that he furnished beyond what was asked for. “Everyone knows that I earned money abroad and brought it back to Pakistan, and purchased Bani Gala from that money — I will show you those documents right now,” said Khan on Sunday. “How does that equate to money laundering?”

He gave out the details of his contract with Sussex Country Cricket Club for which he played between 1977 and 1988.“The Sussex County Cricket Club gave me a certificate and this is the club’s official letter, stating that I played for them from 1977-1988 — it also says that a 33 per cent at-source tax was deducted,” he said.

To date IK remains honoured at Sussex as a “Legend”. No ambiguity viz his income. Have some shame @dawn_com & @etribune #یہ_ہوتے_ہیں_ذرائع pic.twitter.com/FhGFCrkGEr
— PTI (@PTIofficial) July 22, 2017

Ahmed Noorani, miffed, bewildered, and awe-struck by the audacity of Austin Robert in giving a poor cricketer in Khan a contract for a league which involved some top notch cricketers, harangued him with calls

The author takes serious exceptions to any distortion of facts in the game of cricket. The author also considers himself to be fairly well-acquainted with the game and those who adorned it. But perhaps, the Geo network along with the lackeys in the N league will rewrite history. Over the past two days, many have started believing that perhaps Khan was not good enough to play in an English county cricket team, let alone World Series Cricket. Indeed, how could  Imran be part of Sussex County? Little did the author understand that counties never like quality all-rounders.

Ahmed Noorani, miffed, bewildered and awe-struck by the audacity of Austin Robert in giving a poor cricketer in Khan a contract for a league which involved some top notch cricketers, harangued him with calls. Robert wrote a line to Imran on the matter today.

MSR & his pro PMLN propagandists get exposed every time they target me with falsehoods. Fail to print facts they themselves get confirmed pic.twitter.com/kJ19iCaftS
— Imran Khan (@ImranKhanPTI) July 24, 2017

Imran Khan berated Geo Network’s chief Mir Shakil for trying to defame him in an attempt to save the Sharifs. Khan said that comparing Robert’s letter with that of the Qatari is absurd. A Sunday story about Khan’s ‘Qatari’ letter drew parallels between Robert’s letter and the one sent by the Qatari prince for the Sharif family in the Panama Case.

The PML-N is on a rampage with the usual suspects taking to press conferences to chide Imran. One that they are actually doubting that he played cricket. Two, they are not ready to believe that he was good enough to be given that many bucks to buy a flat.Three, they are comparing his case with that of former First Class Cricketer, Nawaz Sharif who happens to be the Premier of the country too.

Maybe these images have been conjured by “hidden hands”. Perhaps we would soon be hearing that Khan never played the game at all. Who knows since everything is fair in love and war. The author may need to read more about the great game called cricket or he might as well elicit some help from Geo’s sports desk.

The beleaguered Nawaz, on the other hand, is being investigated for corruption under section 9A 5 of the NAB Ordinance 1999. There is no comparison, to begin with; even Imran’s complete complicity in the matter will have no bearing on Nawaz’s innocence or lack of it.

Geo needs to be reminded that Khan was not only a legend but a talisman too; a star that was chased not only for cricketing abilities but also due to his appeal. If by any chance, these journalists have the will to do some research then they must read about Botham, Hadlee and their main competitor.

Read more: Imran Khan’s buddies in the league of the lions!

Turning our attention toward a ludicrous comparison drawn between the Panama Case and Imran’s flats, let’s keep one in mind. Khan has not held an office or he has even been accused of money laundering. If anything, he earned outside the country and brought his money back. The beleaguered Nawaz, on the other hand, is being investigated for corruption under section 9A 5 of the NAB Ordinance 1999. There is no comparison, to begin with; even Imran’s complete complicity in the matter will have no bearing on Nawaz’s innocence or lack of it.

Somehow, the henchmen and Imran’s favorite Media Group will have to prove that Khan was not a cricketer to disparage the money that he provided for his properties. Miracles do happen.

Syed Ali Zia Jaffery is a Research Analyst and Sub Editor at Global Village Space.He frequently writes on defense and strategic affairs but cricket is his passion above else. The views expressed in this article are the author’s own and do not necessarily reflect Global Village Space’s editorial policy.

News Desk - 13 April 2021
The Council of Common Interest (CCI) has approved the official release of the Census-2017 results and decided to immediately start the process to conduct a fresh population census across the country and to hold the next general election in 2023 based on the new census.

#BoycottFrenchProducts: What does Pakistan import from France? The answers are worrying

Is PTI afraid of Reham Khan?