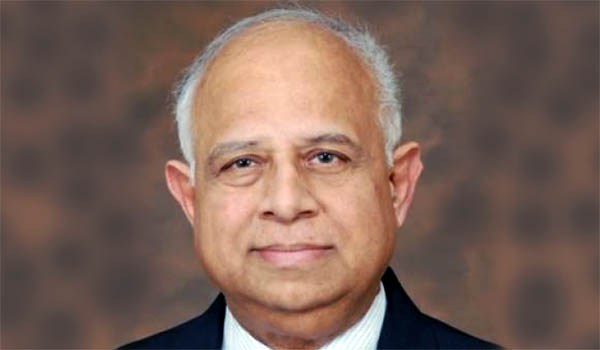 Corruption has rightly been singled out as the main obstacle to economic, social and political betterment in our society and hence to the development of a truly ‘Naya Pakistan’, not as a figment of imagination but in substance. Fighting corruption thus occupies center stage on Imran Khan’s govt efforts for improvement in the country. Along with the NAB and the judiciary, the govt is making efforts to deal with the problem but more often than not they face serious obstacles. With everything to lose the corrupt have gone out in all-out no-holds barrel campaign to derail the PTI govt and the institutions that are making them accountable.

Corruption comes in many forms and disguises but in every image, it is sustained by perjury. Perjury means telling lies in the court under oath, it is a criminal offence anywhere in the world, let alone in Pakistan. According to the Pakistan Penal Code (PPC), a person giving or fabricating false evidence is liable to be punished with imprisonment for life or with rigorous imprisonment extending to ten years, and also liable to being fined. However, it is so rarely used it does not provide any deterrent against a witness who comes into court solely to mislead and propagate lies.

How to achieve such a major change in the minds of our people and the system? The first step would be to apply the laws that are already in place and apply them rigorously.

The business of touts is lucrative, outside every court in the land you will find them making a living telling blatantly lies under oath, literally “mouths for hire”. An August 2018 media report quotes the Sindh High Court (SHC) Registrar’s submission in a case regarding judicial reforms, “SHC and its subordinate courts have not prosecuted even a single individual over the past three years for perjury under Sections 193-196 of the Pakistan Penal Code (PPC).”

Perjury is a specially dangerous factor all around, this criminal offence undermines the very purpose of the court, the laws of the country and the judiciary system at large, to deliver justice to the people and society. That has always been a central endeavor of any state, any administration and government that cannot and does not deliver justice is not credible, even that perception weakens the system and the state. What is really dangerous is that judiciary across the board accepts it as a fact of life and does nothing about it.

No wonder that the honest citizens of the country feel discouraged to go to court because they are not sure that justice will prevail. Conversely, the crooks are confident in going to court because they are quite sure that they can manage things to their satisfaction. Therefore the telling of lies, faking documents, fabricating evidence, hiding the truth etc in court and in front of NAB is commonplace in Pakistan, this is the reason why Nawaz Sharif and family were ready and confident in facing ‘accountability’.

Moreover, when they were in power could anyone dare tell the truth about them? The very fact that one goes to court with the intention to hide, misrepresent and deny one’s real dealings is a sign that our courts and judiciary are not respected or even feared the way they should be in order for them to be able to deliver justice.

How to achieve such a major change in the minds of our people and the system? The first step would be to apply the laws that are already in place and apply them rigorously. A much better system of law enforcers that can expose fake or manipulated documents has to be put in place. But at the end of the day laws can only bring justice if the people accept those laws as just. The main change, therefore, has to be made in the minds of the people. And perjury, lying under oath in the court, is only the tip of the iceberg.

Imran Khan is talking about trying to revive the principles upon which that society was based without banning cars and making us ride on camels.

Lying seems to be a popular sport in Pakistani society. People lie out of habit and without any real need. We are confronted with such lies in everyday life: when students come late or skip class altogether they will inevitably tell you stories about grandparents and aunties who were ill and/or expired, when doing jobs they will do the same. Father will tell the son when the phone rings to say that he is asleep! Children learn that lying is okay from their parents. This is a minor thing but it lays the ground in a child’s mind.

While people tending to tell lies under threats and/or influence is quite common across the world it is far more pronounced in feudal societies. In the rest of the world feudalism is in retreat while in Pakistan it is not only alive and well and proliferating, the “nouveau rich” have become “nouveau feudals”. Remember the young son of the Jatoi family who killed another young man, the only son of his parents, and was than pardoned despite having been sentenced to death for the cold-blooded murder? The “blood money” law and its use is provided for in Islam.

This implies that the family of the murdered person forgives the killer out of their hearts. The way it is used in Pakistanis is hardly according to the spirit of Islam. Speaking to Dawn News, the victim’s mother Ambreen Aurangzeb said she had pardoned the killers as she was still not convinced that the culprits would be punished even after their arrest and convictions.

“We cannot spend our entire lives in fear … we took the decision considering the circumstances.” The fear she was referring to is the fear of harm to her and to the rest of her family because of the verbal threats of retribution by the prominent Jatoi against her and her family members. Is that was God intended when he revealed that forgiveness is better than revenge?

Laws alone do not change the mindset of people. What is needed is a society in which liars must face social boycott instead of appreciation for their cleverness.

Seeking equitable justice before the law has to be in the minds and actions not only of the judiciary but of the people at large. To build a just society is one of the central if not the central purpose of Islam, Islam has established truthfulness as a central characteristic of a Muslim. The discussion around paras 62 and 63 of our Constitution just a couple of months ago and the demands that were heard to delete them from this fundamental law of our country are a clear sign that many in our society have not understood the purpose of Islam.

And when the PM talks about restoring the state of Madina he certainly does not intend to revive the conditions of a city-state in the 7th century Arabian Peninsula as some commentators were absurdly trying to allege in one of our dailies. Imran Khan is talking about trying to revive the principles upon which that society was based without banning cars and making us ride on camels.

One of the main principles of that exemplary Islamic state was the faultless provision of justice. Justice in our society and judiciary cannot be restored without fighting the blatant telling of lies in court under oath as otherwise, Pakistan cannot comply with the principles that are enshrined in our Constitution and the name ‘Islamic Republic of Pakistan’.

The connection between lies and injustice is a major fact that has to be considered and taken up in the educational system and the media. Laws alone do not change the mindset of people. What is needed is a society in which liars must face social boycott instead of appreciation for their cleverness. To achieve such a change will surely take time but the process has to be started at once especially in the interest of the younger generation that has to understand the evil consequences of telling and tolerating lies.

For Imran Khan, it is extremely important to get rid of those around him known for their lies and deceit. He cannot expect others to believe in the integrity of his struggle for justice while a public perception exists that he is applying different standards for some of his close aides and associates. Indeed they seem to be calling the shots in the governance of this regime both overtly or covertly.

What is then the difference between him and others before him? Examples must be made of prominent people indulging in perjury. Imran Khan can keep talking about “Naya Pakistan” but he can rest assured that while perjury keeps on sustaining corruption the “Naya Pakistan” that his countryman desperately want and he is vocal about articulating, will never be possible (the writer is a defence and security analyst)

Canada in talks with Pakistan over possibly taking in Asia Bibi