A full bench of the Lahore High Court is set to hear the former president’s appeal against the Special Court’s verdict. Will the LHC pass an order against the judge who wrote to have Musharraf’s corpse dragged to D-Chowk and be hanged for three days? 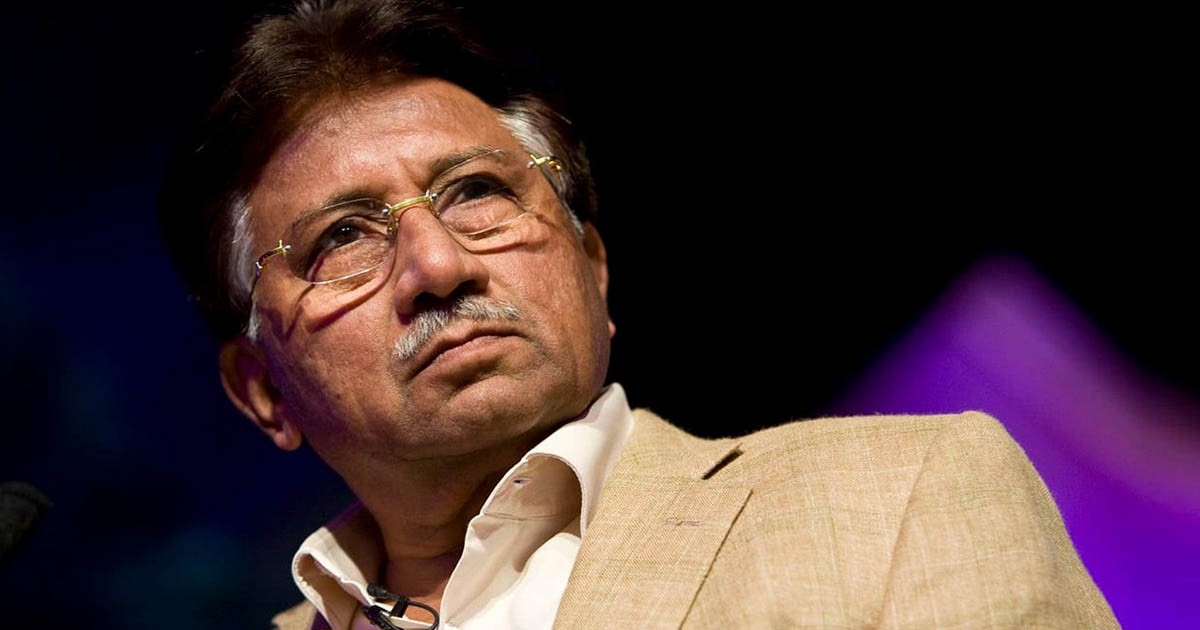 The Lahore High Court (LHC) is set to hear three civil miscellaneous applications filed by convicted former president retired Gen Pervez Musharraf challenging multiple actions against him, including the high treason case, the formation of the trial court and filing of the complaint by the then government. Justice Syed Mazahar Ali Akbar Naqvi, Justice Mohammad Ameer Bhatti and Justice Chaudhry Masood Jahangir, a full bench of the LHC, is to take the matter up.

On Dec 27 last year, the LHC registrar office had returned these applications due to the unavailability of the full bench due to the winter vacation.

Hearing the main petition of Gen Musharraf as a single bench, Justice Naqvi had referred it to a larger bench pointing out important legal questions involved in the matter. Later, the then chief justice formed the larger bench.

The special court of Islamabad announced its verdict on Dec 17 and handed down the death penalty to Gen Musharraf with a two to one majority.

In the civil miscellaneous applications, Gen Musharraf asked the LHC to set aside the special court’s verdict for being illegal, without jurisdiction and in violation of Articles 4, 5, 10 and 10-A of the Constitution. The former president pleaded that the impugned verdict be suspended till a decision on the main petition and directives be issued to the federal government to produce a complete record of the special court.

Judge Waqar Seth wrote in the judgment, “we direct the law enforcement agencies to strive their level best to apprehend the fugitive/convict and to ensure that the punishment is inflicted as per law and if found dead, his corpse be dragged to the D-Chowk, Islamabad, Pakistan and be hanged for 03 days”. The government claimed to file a reference against the same judge who is not mentally fit. Later on, the government changed its mind.

Prime Minister Imran Khan said that the special court’s detailed verdict in the former military ruler’s high treason case is an attempt to create “anarchy” and “unrest” in the country, as the federal government decided to move the Supreme Judicial Council (SJC) against the judge who authored the decision.

“I was not given the right to self-defense”

Former president General (retd) Pervez Musharraf termed the special court’s verdict dubious, saying that no precedent can be found for such a decision where neither the accused nor his lawyer were given the fundamental right to defend the case.

Pervez Musharraf said that he was targeted by officials who hold high positions. He went on to say that the case was heard because of some personal outrage while those judges who benefitted in his tenure are misusing their position against him. “The choice of events according to their intentions shows what these people want,” he asserted, adding that he is grateful to the army and the public for remembering his services.

“Due process was not followed”

The Pakistan Army said that the “due legal process” was not followed in the high treason case against its former chief Pervez Musharraf. In a statement, the military’s media wing said that the army received the decision of the special court handing Musharraf a death sentence under Article 6 of the Constitution “with a lot of pain and anguish”. “An ex-Army Chief, Chairman Joint Chief of Staff Committee and President of Pakistan, who has served the country for over 40 years, fought wars for the defense of the country can surely never be a traitor,” the ISPR statement said.

A special court — that was formed to hear the case against the former military dictator — indicted Gen Musharraf for high treason in March 2014. The prosecution laid its evidence by September the same year. Musharraf was repeatedly asked by former CJP Saqib Nisar to come to Pakistan and defend his actions. Musharraf demanded an assurance that he will not be arrested, the CJP accepted the request and said “let Musharraf return to Pakistan, no one will arrest him,” on October 11, 2018.

Chief Justice of Pakistan Asif Saeed Khosa on March 7, 2019, said that the statement of former president Pervez Musharraf — who is facing a treason case — can be recorded through a video link under Section 342 of the Code of Criminal Procedure if the retired army chief refuses to return to Pakistan. Musharraf did not agree.

Is PML-N trying to fool the nation with ‘respect the vote’ slogan?